The 10 Most Intelligent People in the World

By Paula Wilson on December 21, 2013 in Articles › Entertainment

Intelligence can be measured in many ways.  There is emotional intelligence – that intelligence that warns you against telling your best friend's boyfriend what you really think of him. "Street-smarts" – that type of intelligence that tells you "no, no, you really shouldn't walk down that dark alley in an unfamiliar city with your money hanging out of your pocket".  There is business intelligence – that type of savvy that lets you know just how much you can ask for in that major business deal.  However, the type of intelligence that most people rely on as a barometer of overall brain power, is your IQ, your ability to think logically and problem solve.  At some point during your school years, you probably took an IQ test.  College entrance exams test your academic knowledge, but IQ tests attempt to quantify how intelligently you think.  People with above average IQs can quite literally seem to know it all.  What they don't know out right, they can often puzzle out fairly easily.  Like with most gifts, having a high IQ can be used for good or ill.  Here is a list of the 10 Most Intelligent People in the World based on IQ.

Yep.  That James Woods.  The three-time Emmy winner and Oscar nominee was taking linear algebra classes at UCLA before he finished high school.  He was offered full scholarships to Tufts and Johns Hopkins University for both undergraduate and graduate study, but chose to attend MIT.  He ultimately left the school to pursue an acting career.  You probably recognize him for his work in such projects as "Nixon", "Ghosts of Mississippi", "My Name is Bill W", "Shark", and "Ray Donavan". 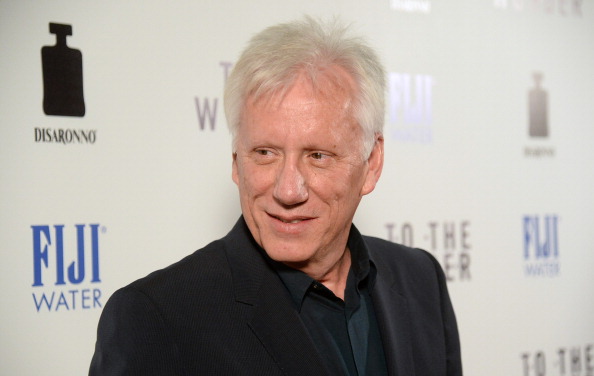 Ever wonder why the author of "Ask Marilyn" seems able to answer almost anything?  It's because she's smarter than just about everyone.  Readers of Parade Magazine have been sending her puzzles and riddles for decades, and she is rarely stumped.  The Guinness Book of World Records used to include highest IQs with each publication.  They stopped doing so in 1990.  She was the last person to be recognized by the Guinness board.

An IQ test "hobbyist", Dr. Ferrell often takes IQ tests for fun.  Based in North Carolina, he belongs to a number of IQ societies, including GenerIQ and the Epimethius Society.  He also writes IQ tests.  Some of his more well-known tests include the "12354" and "QUINTIQ".

190 seems to be a good number.  Garry Kasparov is most widely recognized for becoming the youngest chess world champion ever, at age 22.  The Russian grandmaster held the title of World Champion longer than anyone, though not without some controversy.  He launched his own chess association, the Professional Chess Association in the mid-90s.

Mislav Predavec is a deceptively boyish-looking Croatian math professor.  He is also the founder and President of GenerIQ Society, one of the most elite IQ societies on the planet.  In addition to teaching in Zagreb, he also runs his own trade company, and is a fan of classic rock and "Mafia Wars".

This former stripper, nude model, bouncer, and roller-skating waiter, is one of the smartest people on Earth.  He is most widely recognized for his appearances on "Who Wants to Be a Millionaire?".  When he is not wowing television audiences with his smarts, he is taking IQ tests.  He has turned taking the tests into a full-time job, and is on a mission to increase his score.

If you start speaking at 6 months, there's a fair chance that you are going to grow into someone very intelligent.  Kim Ung Yong is notable for his seemingly boundless abilities with mathematics and languages.  Not content to stop with his astonishing ability to talk at 6 months, he was reading and communicating in Korean, Japanese, German and English, as well as solving complex calculus problems, by age three.  A true child prodigy who was invited to study with N.A.S.A. scientists when he was eight, he has not slowed down as an adult.  He began working for N.A.S.A. when he was in his teens, and has published multiple books and findings, including 90 papers on hydraulics alone.

The International Physics Olympiad is part of the prestigious International Science Olympiad.  The competition, which consists of a five hour test made up of three questions, is held annually for high school students around the world.  Christopher Hirata won a Gold Medal at the Physics Olympiad… when he was 13.  He then went on to enroll at CalTech… at age 14.  He earned his Ph.D. from Princeton when he was 22.  He is now part of the team of scientists at N.A.S.A. who are developing a way to colonize Mars.

Terence Tao began "playing" with math when he was a toddler.  By the time he was two, he had graduated to solving complex problems.  He was completing college level math courses by age nine, and earned a Gold Medal at the International Math Olympiad when he was 13.  He followed all that up, by earning a Ph.D. from Princeton when he was twenty.  He became a Professor at UCLA just four years later, and became the Chair of the Mathematics Department in 2006.  He has published over 200 research papers on such topics as additive combinatorics, ergodic Ramsey theory, analytic number theory, random matrix theory, partial differential equations, and harmonic analysis.