The 10 Most Expensive Guitars In The World

By Joseph Gibson on February 23, 2012 in Articles › Entertainment

The guitar is most influential musical instrument of the last century, so it makes sense that the six-string instrument is a popular collector's item. The following guitars are the 10 most valuable on the planet: Rare, stylish, and many are iconic in the world of rock and roll. 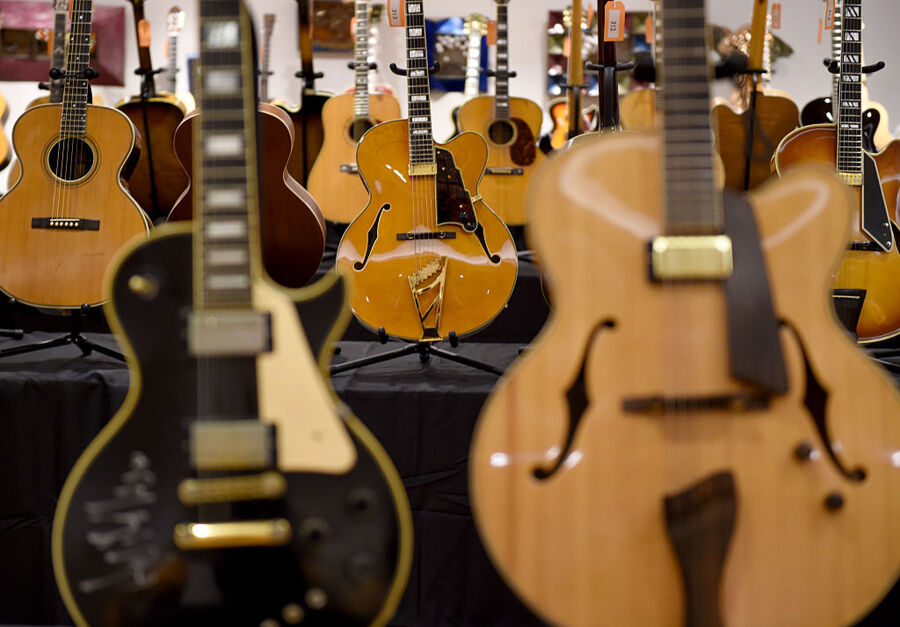 Tiger was the last guitar the late Grateful Dead member ever played in public. In 2002, it was sold at auction for $957,500, including commission.

Clapton retired Blackie in 1985 and it was sold at auction in 2004 for $959,000 to benefit Crossroads Centre Antigua, the recovery center he founded.

This guitar belonging to American singer-songwriter Bob Dylan sold for $965,000 in 2013.

In 2003, the Rolling Stone founding member's guitar was auctioned off for $1 million.

The Jamaican government, which declared this instrument a national treasure, allegedly purchased it for somewhere between $1.2 and $2 million.

Wolf fetched a whopping $1.9 million at auction in 2017, and the sale raised money for the Southern Poverty Law Center.

Microsoft co-founder Paul Allen reportedly bought this instrument for an estimated $2 million in 1998.

Initially owned by Fleetwood Mac founder Peter Green, this guitar was later used extensively by Gary Moore. And in 2014, it changed hands again when Metallica guitarist Kirk Hammett bought it for a reported $2 million.

1. Fender "Reach Out To Asia" Stratocaster

Signed by 19 artists—including Clapton, Page, Gilmour, and Iommi—this guitar sold for a staggering $2.7 million at auction.