The 10 Most Expensive eBay Auctions Of All Time

By Amy Lamare on November 27, 2015 in Articles › Entertainment

eBay is 20 years old. Just sit and think about that for a moment. Can you even remember the world before eBay? Where did we go to find (insert your interest here)? Pierre Omidyar founded the online auction marketplace on September 3, 1995. Billions of dollars in transactions take place on the site every year. eBay is one of the largest marketplaces on earth. You can find anything from rare baseball cards, to last season's Lululemon activewear, to collectible watches. In fact, eBay now handles the sale of everything from the most mundane to the most collectible. Sometimes, the site even hosts truly bizarre auctions, such as one for the ownership of a person's life. eBay also handles the auctions of one-of-a-kind items that can't be found anywhere else. The following are the 10 most expensive items ever sold or listed on the site.

Warren Buffett isn't just one of the richest people in the world, he's also one of the biggest philanthropists alive. He raises insane amounts of money for the causes he cares about and is a part of the Giving Pledge. In order to raise money for the Glide Foundation in San Francisco, he auctioned himself off to the highest bidder. The winner of the auction won the right to have a private lunch with Buffett at Smith & Wollensky steakhouse. The winner of the auction, an anonymous bidder, brought seven friends to lunch with Buffett.

Albert Einstein was not just a genius scientist, he was also a philosopher who spent a great deal of time musing on the subject of religion. In 2012 a letter that he wrote that contained atheist opinions was sold on eBay for $3 million. The seller had purchased the letter for $404,000 in 2008.

Action Comics #1 is the Holy Grail of comic books as it is the book that contains the first appearance of Superman. The 1938 comic originally sold for 10 cents. In it was a 13-page mini-comic strip about the origins of the superhero from Krypton. There are roughly 100 of these comic books still in existence, which is part of what drove the final price to an astronomical $3.2 million from a starting bid of just 99 cents. 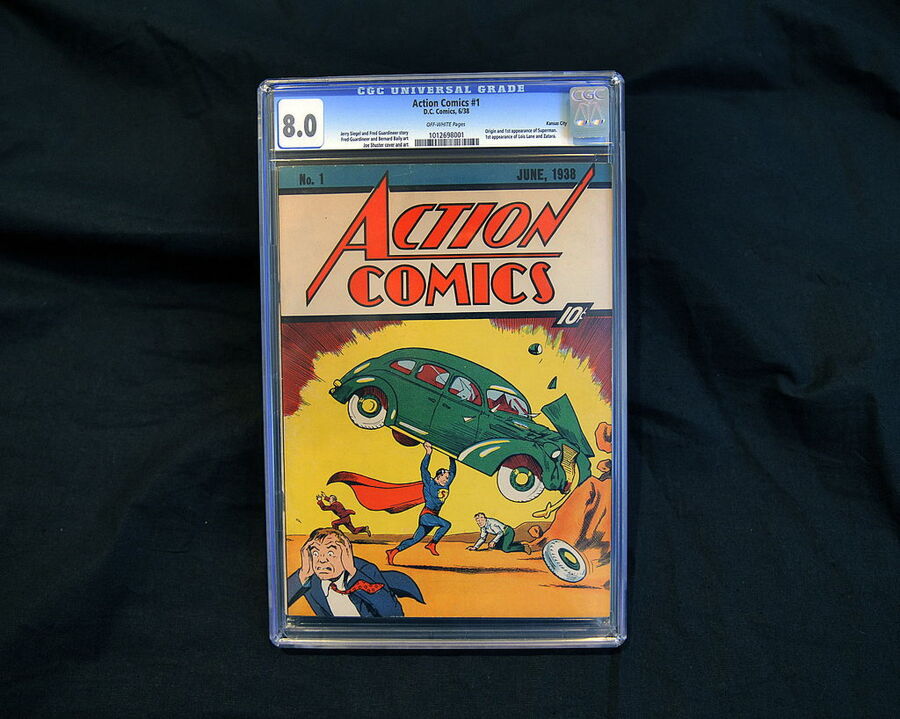 Shane Butcher felt he'd accomplished the American Dream. He had two homes in Tampa, cars, an office, three R U Game stores, and a wealth of other possessions. He wanted to sell it all and start over, so in 2012, he put a value of $3.5 million on the life he had built and waited to see if there would be any bidders. He planned to hand over the keys to his life and go travel for a while before buying a new house and starting a new business in Sarasota.

Elsie Poncher put her husband's crypt up for auction with a starting bid of $500,000. His final resting place had developed some cache because of its location above Marilyn Monroe's crypt. Elsie wanted to sell the space so that she could keep living her Beverly Hills lifestyle. A mysterious Japanese bidder won the $4.6 million auction, but soon dropped out. When Poncher put the crypt back up for auction, it did not attract any bids.

The Gulfstream II private jet is THE go-to jet for the jet set and CEOs looking to spend shareholder money. This high end plane was put up for auction in 2001. It ended up selling to a Texan named Tyler Jet for $4.9 million.

Long before man made the journey into space, animals were paving the way to intergalactic destinations. A monkey named Sam was launched into space and became famous because he actually lived to tell the tale, so to speak. Sam flew 55 miles into space on December 4, 1959. The shot of the monkey, signed by the money quickly drove the price all the way to $5 million.

Elvis Presley and James Dean were two of the biggest icons of the 1950s and 1960s and their legends have endured. The world was shocked when both died long before their time. Gerald Sabatini created a tribute to the stars by mounting images of them side by side onto a hardwood canvas. The painting drew bids of $7 million, proving that Elvis and James Dean still have star power.

Yes, even those who are looking for the best in military aircraft can find it on eBay. In 2004, the U.S. Navy's F/A-18 Hornet fighter was listed on eBay with a starting bit of $1.05 million. The government price tag for this plane when new is $29 million. Mike Landa, the seller of this deadly supersonic jet, was paid a visit by the Feds, who had some questions about where he got the jet and why he was selling it on eBay. I mean, sheesh, hadn't he heard of the Dark Web? 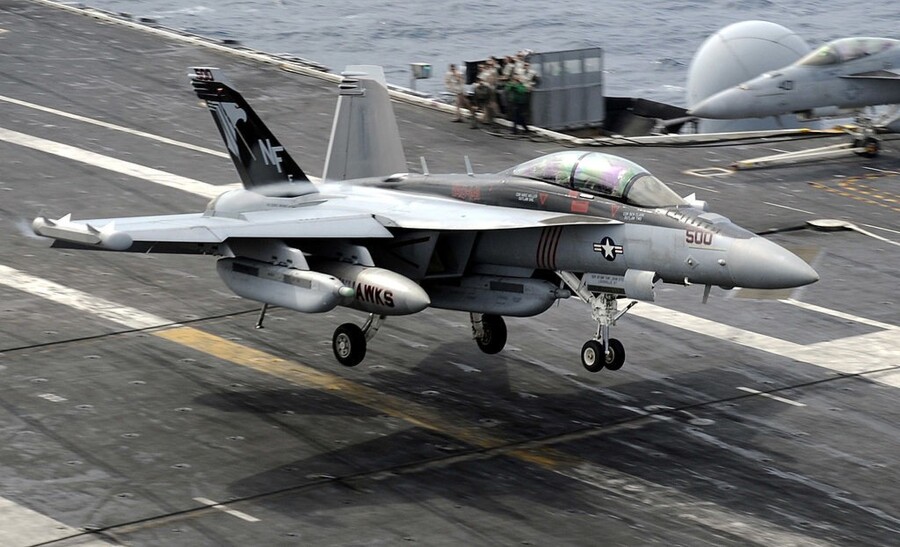 The most expensive eBay auction by far was for the gigantic, 405 foot long Gigayacht. This super yacht has all of the luxuries one might expect when sailing the seven seas. The yacht has 10 suites—each two or more stories tall, eight guest rooms, a movie theatre, and helicopter landing pad. The winning bid was placed by Russian oligarch Roman Abramovich.