The 10 Most Expensive Diamonds On The Planet

By Joseph Gibson on March 26, 2012 in Articles › Entertainment

Diamonds are, perhaps, the ultimate symbol of richness. They represent faithfulness and love, and the larger and more stunning the rock, the more expensive it is.

If you want to get your hands on an extremely rare diamond, you might want to start saving up now. These enormous gemstones are the 10 most expensive diamonds on Earth. 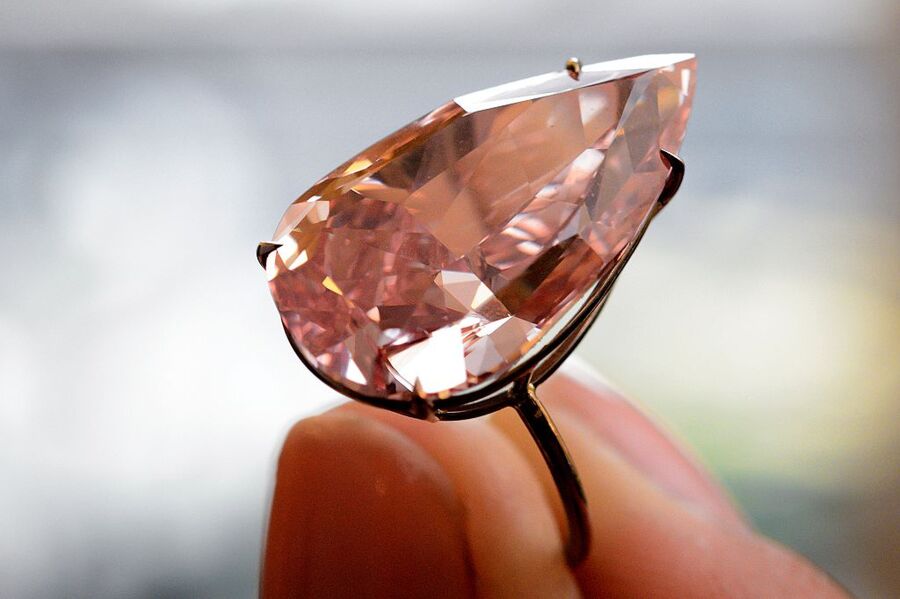 Formerly known as the Red Shield, the Moussaieff Red is the largest natural-colored fancy red diamond graded by the Gemological Institute of America (GIA). The triangular brilliant-cut was discovered in Brazil in the 1990s and weighs 5.11 carats.

Blue diamonds represent only one percent of all mined fancy-colored diamonds. This particular stone was mined in the South African Premier Diamond Mine and is extremely uncommon due to its lack of gray and black undertones. It's rumored that boxer Floyd Mayweather purchased the diamond in 2012 for then-fiancée, Shantel Jackson.

In 2010, this 14.23-carat emerald-cut diamond was sold at auction to an unknown bidder. This gemstone is particularly rare because of its size and intensity of its color.

The Wittelsback Diamond has belonged to members of the Spanish and German royalty since it first arrived in Europe in the 1600s. It was originally 35.56 carats, but was recut (despite backlash) in 2010, bringing it to 31.06 carats. Although the recut was controversial, it did improve the gemstone's color and clarity.

Originally dubbed the Fancy Vivid Blue Diamond, this stone was renamed after American jewelry company Harry Winston bought it at auction in 2014. Weighing in at 13.22 carats, this pear-shaped, internally flawless diamond is the largest of its kind to be graded by the GIA.

Hong Kong's Chow Tai Fook Enterprises bought the Pink Star, which was previously called the Steinmetz Pink, from a Sotheby's auction in 2017 in a telephone bid. The 59.60-carat stone was mined in South Africa in 1999.

This gem weighed over 500 carat as a rough diamond. Once it was cut into its current heart shape, its weight dropped to 273.85 carat. However, the reduction in size improved its color and clarity grade. The recutting progress took a total of 154 days to complete.

After being discovered in India in the 1600s, the 45.42-carat Hope Diamond was purchased by King Louis XIV in 1668. In 1791, the gemstone was stolen during a crown jewel looting and later resurfaced in London in 1839. It wasn't until 1949 that Harry Winston purchased the stone, which many believe to be cursed, and donated it to the Smithsonian Institution.

Weighing an astounding 3,106.75 carats, the Cullinan is the largest rough diamond ever discovered. It was found in South Africa in 1905 and gifted to King Edward VII. It was cut into nine main stones—The largest is the 530.2-carat Cullinan I.

The world's most expensive diamond is so pricey that it does not even have a price tag. The 105.6-carat oval-cut diamond is believed to have been mined in India in the 1300s. The diamond is a part of the British Crown Jewels; however, it's said that Britain stole the stone from India, so it rightfully belongs to India. The colorless diamond is also known as the Mountain of Light and the Diamond of Babur.