The 10 Most Expensive Desserts In The World

By Caitlin St John on February 20, 2012 in Articles › Entertainment

Dessert might not be the most important meal of the day, but it sure is the most enjoyable. So why not indulge yourself and order something really extraordinary next time? With that in mind, here are the world's 10 most expensive desserts, ideal for someone with a sweet tooth and a fat wallet. 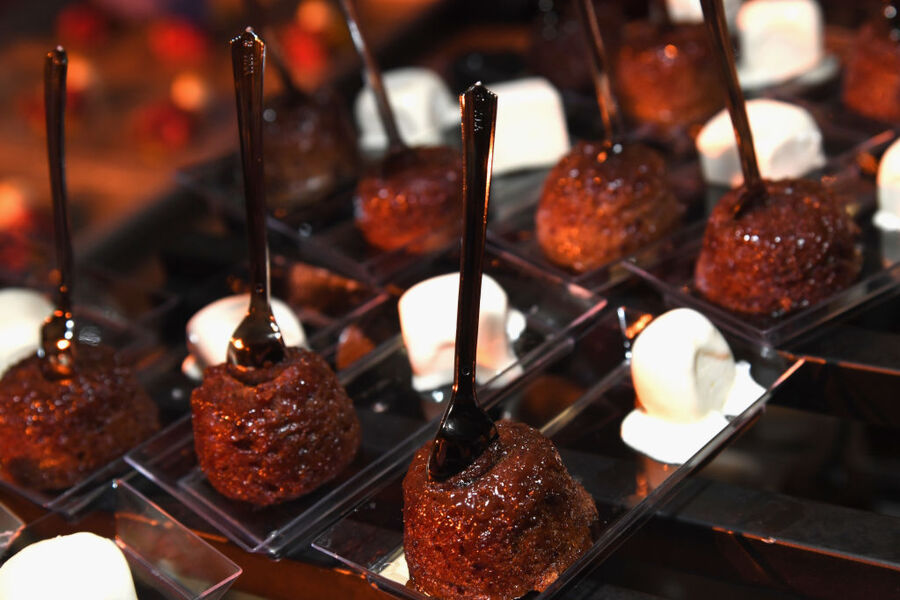 Located in Norwalk, Connecticut, Knipschildt Chocolatier is the mastermind behind this decadent single truffle that's made with vanilla, truffle oil, sugar, heavy cream, and 70% Valrhona dark chocolate packaged in an exquisite golden box.

David Klein, the creator of Jelly Belly, dreamt up these special jelly beans that are totally free of artificial colors and flavors and coated in 24-karat gold leaf. The candies, which come in dozens of flavors, are packaged in a beautiful crystal jar.

Four years ago, Krispy Kreme debuted a pricey doughnut for a limited time to raise funds for The Children's Trust. Served along with a cocktail, this doughnut was covered with 24-karat gold leaf and even included a few edible diamonds. It was also topped off with a white chocolate lotus and its stuffing was made of Dom Pérignon champagne jelly.

Another impressive product from Serendipity 3, this sundae contains five grams of 23-carat edible gold and its topping is the $250 La Madeline au Truffle. (Woah!) Diners enjoy their ice cream from a goblet with a gold crown and a golden spoon, and even receive an 18-karat gold bracelet with one carat of white diamonds.

The most expensive chocolate pudding in the world is the brainchild of Chef Marc Guibert at England;s Lindeth Howe Country House Hotel in England. It includes a replica of a Faberge egg, edible gold, caviar, and delicious chocolates. Not to mention, a inedible two-carat diamond. The hotel requires three weeks notice and a down payment to try this opulent dessert.

This dessert is all about the experience. For $60,000, dessert lovers will be flown first class to Tanzania's Mount Kilimanjaro. Once at the mountain, a chef will create the ice cream using the summit's glacial ice. The sundae itself costs $3,333.33, due to the bananas and syrups produced from rare wines. Plus, a cellist will play soothing music as you enjoy the delectable fare.

The Takashimaya Department Store in Tokyo took holiday grandeur to a whole new level by commissioning special cake for one of its displays. Embellished with more than 220 diamonds (a total weight of 170 carats), the masterpiece took six months to design and one month to make it.

Created as special addition to its 2016 Valentine's Day menu, Arnaud's Restaurant in New Orleans put an over-the-top spin on the strawberry dessert, which typically costs less than $10. The dessert's ingredients include 24-karat gold flake toppings, whipped cream, vanilla ice cream, and a variety of expensive champagnes and liquors. The lofty price tag is also due to the 10.06-carat royal blue diamond engagement ring that the meal comes with.