The 10 Most Exclusive Country Clubs in the World

By Amy Lamare on October 21, 2014 in Articles › Entertainment

When you've got millions, you don't have to scrimp and compromise the way most people do. You can have the biggest homes, the best vacation homes, expensive cars, and even join the most exclusive country clubs in the world to golf, play tennis, and hob nob with people who have as much money in the bank as you do. What a life, right?

Some of the most expensive and exclusive membership only country clubs in the world are in the United States. The oldest courses on this list are in the UK, where the game of golf was born. Interestingly, the UK clubs tend to be less restrictive when it comes to who can join their clubs.

You can feel the exclusivity coming just from the name. This isn't just any ol' country club, this is THE Country Club. Its members call it Brookline, it was founded in 1882, and it is one of the founding clubs of the United States Golf Association. The club is crawling with Boston bluebloods. The course became famous in 1913 when Francis Quimet became the first to put American golf on the map with his U.S. Open win over Brits Ted Ray and Harry Vardon. The club's membership policies haven't changed all that much since that 1913 victory. This is one of the tougher clubs to gain membership to.

Augusta National is one of the world's most famous and famously exclusive golf clubs. It opened for play in January 1933 and since 1934 it has been the host course of the annual Masters Tournament, the only major tournament in golf that is played at the same course every year. Even the members of Augusta aren't all that welcome at Augusta as the 300 or so members are discouraged from using the club too often.  Gaining membership is ridiculously difficult. Bill Gates was denied for years and year simply because he made it known publicly that he'd like to be a member. Eventually they relented. After all, money talks. 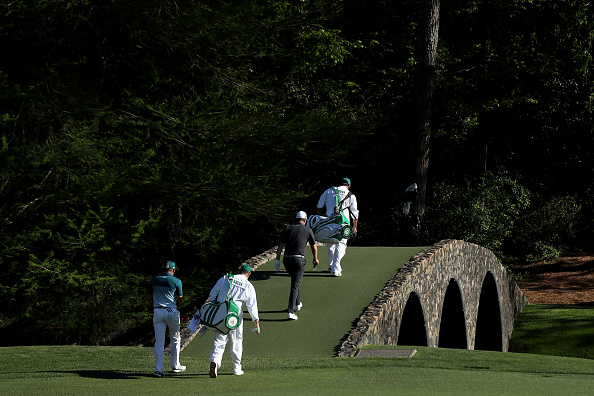 Bob Hope summed it up best when it comes to Cypress Point. He said: "One year they had a big membership drive at Cypress. They drove out 40 members." Hope was a member of this exclusive club for more than 40 years even though he didn't play there more than six times outside of the annual "Crosby Clambake." Why would a member pay high dues and not avail himself of all the club has to offer? Who knows as at the end of the year Cypress Point divides its total operating costs evenly among the members, even if they never used the course. 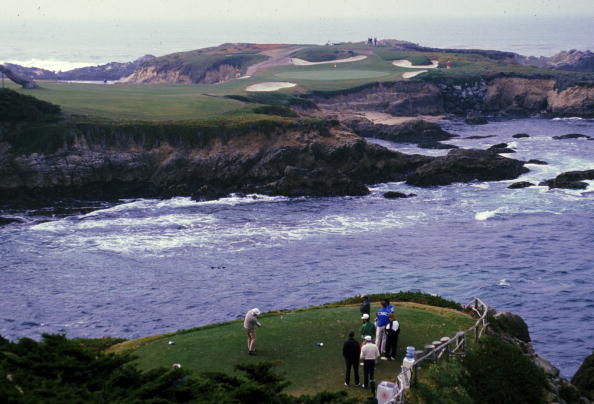 Seminole Golf Club is so exclusive that they turned down the membership application of golf legend Jack Nicklaus.  Ben Hogan liked to play at Seminole for 30 straight days in the spring in preparation for the Masters. He said: "If I were a young man going on the pro tour, I'd try to make arrangements to get on Seminole. If you can play Seminole, you can play any course in the world." Of course getting a tee time at this exclusive club is not easy.

This club is known for serving the best lunch in American golf. Set in the upscale Hamptons, the course has views of windmills and the Peconic Bay. The members of this exclusive country club take their privacy seriously and don't care for outsiders. Reportedly a couple of PGA Tour winners asked for a tee time in 1995 after not making the cut at the U.S. Open. They were asked which member they'd be playing with.

Pinehurst has had golfers playing its eight different courses since 1894. In fact, Pinehurst is now home to the largest number of holes of all the country clubs in the entire world. Payne Stewart won the U.S. Open here in 1999 and Martin Kaymer won his first U.S. Open here in 2014.  The Number 2, Number 4, and Number 8 golf courses are ranked among the best in the world. Non-members can expect to pay about $400 per person, per round of golf.

The Chicago Golf Club was one of the five founding clubs of the United States Golf Association in 1894. It was also the first 18-hole course in the country and the first club outside of the Northeast to host the U.S. Open. The club only has roughly 100 members and they like it that way. The application process throws a bunch of obstacles in prospective members' paths, ensuring their ranks stay exclusive.

Pebble Beach Golf Links is the preferred venue for both the U.S. Open and Ryder Cup because it is considered one of the best golf courses in the world. The course lays along the rugged California coastline with beautiful views of the Pacific Ocean from Carmel Bay. Pebble Beach is both the most famous and most challenging course in the U.S. This is a public course, yet still very exclusive with rounds costing nearly $500 per person.

The United Kingdom gives the U.S. a run for its money when it comes to challenging and beautiful golf courses, but this course is the king of all courses.  St. Andrews is the most famous golf course in the world. Golf has been played on the old course since the 15th century.  The St. Andrews country club also has both an 18-hole course and a nine-hole course as well as a place for players to practice, improve their skills, or learn the basics of the game. This is a public country club, but that does not make it less exclusive. A round of golf is about $325 per person.

Muirfield is the home of The Honorable Company of Edinburgh Golfers. It is a national treasure where golf has been played since 1744. Muirfield is the oldest golfing society in the world and generally considered the most exclusive country club on the planet. This club is open to men only, women can only visit as guests. It is considered one of the world's greatest courses and this is where the rules of golf were originally written. Muirfield is the spot where Jack Nicklaus won his first British Open in 1966.