10 Countries With the Highest Tax Rate

By Amy Lamare on September 1, 2013 in Articles › Entertainment

As the saying goes, there are only two sure things in life: Death and Taxes. No matter where you live (unless you own a country), you're going to be saddled with tax at some point. Much airtime and column inches are given over to grumbling about tax rates in the U.S., but, as you're about to find out, it could be worse… a lot worse. The top federal tax rate in America tops out at 35%. More than a few countries log in at 50% and above. Can you imagine Uncle Sam taking 50% or more of your income every year?

Over the last few years, Europe has been forced to raise taxes due to their debt crisis, can the U.S. be far behind? Spain raised its tax rate by 2 percent last year, bringing their national tax rate to 45%. At this point in time, the U.S. is ranked 23rd out of 96 countries in terms of the top tax rate paid in the country.

Politicians and pundits have plenty of ideas on how to ease the U.S.'s debt through higher taxes, mostly on the rich. In fact President Obama is a proponent of the Buffet rule, which would ensure that people earning more than $1 million per year pay more in taxes proportionally than middle-class families. It should be taken into consideration that many of the countries with what feel like oppressive tax rates to Americans have socialized, national health care. So that's a bonus, right? Let's take a look at the 10 countries with the highest tax rates: 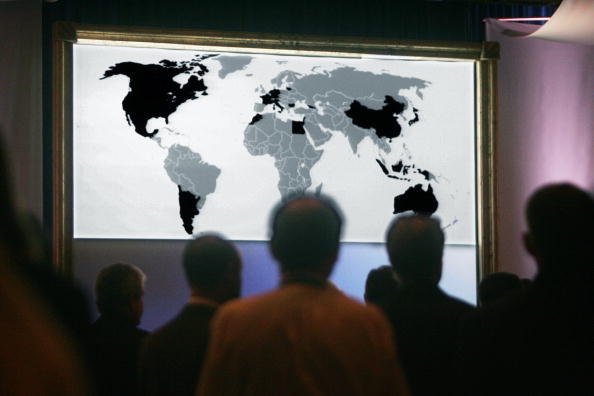 Ireland's 48% tax rate far outpaces the 40% average tax rate in Northern Europe, and that's saying something, as Northern Europe as a region has the world's second-highest personal income tax rates. Ireland has been grappling with a financial crisis and a huge gap between the rich and the poor, leading the government to raise the top tax rate by 1% three consecutive years in a row from 2008-2011. To be beholden to the top Irish tax rate, you need to be making just $43,900 of taxable income.

If you live in Finland and make $91,000, you are paying 49.2% in taxes. But, it could be worse—in 2004 Finland's top tax rate was 53.5%. The Finnish government has been reducing the top tax rate to put more money into the wallets of citizens so they can fight the inflation the country is experiencing economically.

Until very recently the UK's top tax rate checked in at a painful 50%, but in order to be required to pay that, you'd have to be making $231,000 or more. To make matters worse, the gradual end of personal allowances on income over$160,000 effectively drives the tax rate to 60%. The UK raised its highest tax rate by a whopping 10% in 2010 to arrive at 50%.

In March, the government acquiesced a bit and cut taxes for the highest income to 45% effective April 2013.

There is a three-way tie for 5th, but it is dubious honor, especially for those bearing the burden of this particular tax rate.

Japan is the only Asian country to make the top 10 highest tax rates list. In fact, with a tax rate of 50%, Japan is more than double the Asian's average tax rate of 23%. The country's highest income tax rate is broken into two parts with a rate of 40%, which comes into effect at around $217,000, plus an additional 10% municipal tax.

Belgium's highest tax rate kicks in at $46,900 of income, which seems pretty oppressive. A 50% tax rate at that income brings residents' take home pay down to $23,450. Belgium's rate is 5% higher than the average for Western Europe, which already has the highest personal tax rates globally.

Austria is often lauded as one of the best places in the world to live, but that comes at a cost. The 50% tax rate kicks in at $80,000 in income. Couple that with high social security taxes of 17-18%, and Austria's tax burden is crushing. Austria even taxes citizens money when it is stashed in Swiss bank accounts. Those funds are taxed between 15% to 38% depending on the size of the account.

Aruba has the highest income tax rate in the world. It is also the only country in the Americas to make the top 10 list. It is a Dutch nation. The top tax rate of 58.95% is down from the 60% it was prior to 2007. The top tax rate in Aruba kicks in at $165,000 in income. Married tax payers have a lower maximum rate of 55.85 percent, compared with single taxpayers at 58.95 percent. Aruba is considered to have one of the highest living standards in the Caribbean. The small island's exceptionally high tax rate is also much higher than the Caribbean average of 26.7 percent. The Bahamas, Bermuda and Cayman Islands have no personal income taxes.