By Amy Lamare on October 23, 2014 in Articles › Entertainment

What came first—the billions or the hotel? In these cases, the following hoteliers were well-established business magnates before creating their world-class hotels. Many are a labor of love-like hedge fund billionaire Paul Tudor Jones. In 2003 he bought a 350,000-acre property in Tanzania with a poaching problem. For years, Jones worked with local African people to restore the area's wildlife population. Then he created, Singita Grumeti, an amazing luxury safari hotel on the property.  You'd almost have to be a billionaire to pull off that transformation.

Jones and his Singita Grumeti resort aren't the only feel good story on this list of 10 Billionaire Owned Hotels. Medical-device entrepreneur William Cook also took on the task of restoring a deteriorating location into the crème de la crème of luxury when he spent $450 million to renovate Indiana's French Lick Hotel and Casino.  What was formerly a slew of rundown, vacant buildings became a luxury hotel with a dozen restaurants, a spa, 42,000 square foot casino, and golf course.

From the shadows of the pyramids to the city that never sleeps to the neon laced landscape of Las Vegas, these 10 hotels owners are all billionaires and each hotel reflects at least a bit of the personality of its owner.

COMDEX mastermind Sheldon Adelson's Venetian Macau is a veritable city under one roof. The salute to the style and architecture of Venice has more than a touch of American flashiness. The hotel and resort has 3,800 rooms, a mall, a casino, and a 14,000-seat stadium. The property is the size of 56 football fields. 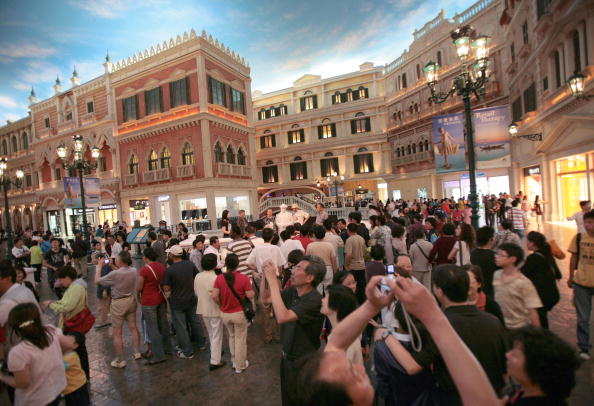 As mentioned, Jones took a piece of land with major issues and before turning it into a luxury safari experience, rehabbed the land and the wildlife that had been driven from it by poachers. Now, travelers can relax in air-conditioned tents and dine under trees in the heart of the untamed wilderness of Africa.

Owned by Kuwait's richest man, the Port Ghalib Resort has three different hotels within one resort in a prime beach location on the coast of the Red Sea. Each property has its own distinct personality. The Sahara Sun Sands is the quintessential luxury beach resort. The Sahara Sun Oasis is for the more budget minded traveler. The Intercontinental Palace is an ultra-luxurious, 19 suite hotel. The entire resort is located close to the pyramids of Egypt and its seaside setting has some of the best scuba diving in the world.

Trump International is The Donald's flagship property.  It overlooks New York City's Central Park. The opulent lobby is festooned with crystal chandeliers and marble, while the guest rooms are cozy and quite, providing a respite from the hustle and bustle of Manhattan. Jean Georges, one of the very best chefs in New York, is in charge of whipping up the room service dishes.

German software billionaire Hasso Plattner bought this South African hotel in 1994 and then set out to turn it into one of the best resorts and golf experiences in the world. The resort has three well-regarded championship golf courses, six gourmet restaurants and a gorgeous tropical garden.

William Cook made his fortune in the medical device industry, but when he saw the abandoned and dilapidated block of buildings in French Lick, Indiana in the 1990s, he had a vision. He sunk $450 million into renovating the property and transforming it from skid row into an award winning resort with 12 restaurants, a huge casino, golf course, and spa.

Ty Warner is best known as the creator of the Beanie Baby. Yes, the Beanie Baby made him a billionaire. Digest that for a moment.  Warner is also the owner of the super deluxe, romantic, beachside getaway overlooking the Sea of Cortex in Cabo San Lucas. Las Ventanas has world-class restaurants and 71 suites with private terraces. The resort even has a tequila master, who provides a guide to Mexico's favorite drink in the way a high-end sommelier would with wine.

Neil Bluhm is one of the richest men in Chicago and his hotel is a world-class retreat in the heart of the Windy City's Magnificent Mile. A $50 million makeover of the property brought in Spanish marble baths and cherry wood furniture. Swim laps in the four-lane temperature controlled pool, dine in the hotel's restaurant, and top your night off with a drink in the bar for a great getaway in Chicago.

Israeli real estate tycoon Yitzhak Tshuva bought New York's iconic Plaza Hotel for $657 million. He then turned the spot into a luxurious, ultra high-end hotel and added expensive condos to the address. The location, service, gourmet restaurants, luxury shopping, and 100-year history of the hotel make this spot a successful and much loved stop for many travelers.

Swiss retail entrepreneur Karl Heinz Kipp is the founder of the Massa chain of German department stores and his hotel has one of the world's great locations. It is in the center of St. Moritz-one of Europe's toniest ski destinations. Each suite in the Carlton Hotel overlooks the lake. Guests are treated to a cornucopia of amenities, including personal limousines, private shoppers, and even helicopter transfers. The resort has two gourmet restaurants featuring French and Swiss Asian cuisine.

Casino mogul Steve Wynn has had many hotels. The Golden Nugget. The Mirage. The Bellagio. Treasure Island.  But his namesake hotel is his piece de resistance. Considered one of the world's best hotels, Wynn has a five-star restaurant, an art collection to rival the best museums in the world, and an on site Ferrari-Maserati dealership. Every single one of the 2,716 rooms on the property's 45 floors has a view of The Strip's famous neon lights.  Wynn Las Vegas and its sister property together have more Forbes five-star awards than any other resort and casino in the world.