By Amy Lamare on December 24, 2013 in Articles › Entertainment

It's the most wonderful time of the year! Carols are sung, halls are decked and gifts are exchanged between friends, family members and even complete strangers. As you celebrate the season with your nearest and dearest, consider the acts of these billionaires and the causes they support. If you had essentially unlimited wealth, where would you direct your resources? Would you make a sizable donation to your alma mater? Would you work to rid the world of an insidious disease? Would you take up the cause of human rights? Would you throw your considerable fortune behind education initiatives? How would you make the world a better place?

Regardless of your race or religion, there's no denying that December is an especially important time for being thankful and giving back to those in need. And no group of people on the planet have demonstrated these two important values like the billionaires below. The following list of billionaires embody the concept of giving back to an extraordinary level. They've worked extremely hard for their wealth (or hit the genetic jackpot…Walton heirs, cough cough) and now they are giving back. This holiday season let's take a look at the Top 10 Biggest Philanthropists Alive Today – and we're talking about money actually donated, not just pledged to some future date. 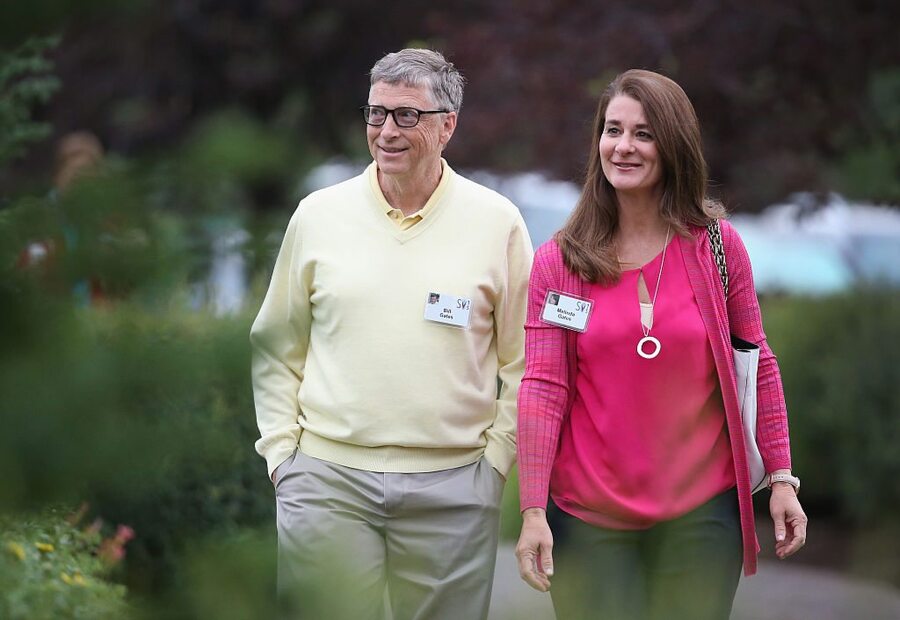 Intel co-founder Gordon Moore and his wife Betty founded The Gordon and Betty Moore Foundation in 2001 with a donation of his 175 million shares in Intel. The foundation has more than $5.2 billion in assets and awards roughly $250 million each year to support healthcare and scientific research, sustainability, environmental conservation, and other issues that affect the San Francisco Bay Area. Gordon Moore is the namesake behind Moore's Law—the laws the says computing power will double every two years—now spends most of his time focusing on his philanthropic work and charitable giving.

Never heard of Chuck Feeney? You're not alone. However, charities and philanthropies have surely heard of this well intentioned billionaire. Chuck Feeney founded Duty Free Shops and he donates almost everything he makes to causes that focus on health, human rights, and quality of life for the elderly.

Notable Gift: $300 million to the Allen Institute for Brain Science

Microsoft co-founder Paul Allen has donated $113 million so far (that can be counted) in 2013, which includes another gift to the Allen Institute for Brain Science which is a nonprofit medical research organization dedicated to advancing the understanding of how the human brain works in health and disease. Paul Allen also made a $1 million donation to the Jane Goodall Institute for Great Ape Conservation efforts in the Congo.

Eli Broad has donated more than $3.5 billion largely to art and education. Eli and Edythe Broad donated $28 million in 2011 to build and open the Eli and Edythe Broad Art Museum at Michigan State University in East Lansing. The couple also donates to education reform as well as medical and scientific research. The couple's Foundation is also building a new contemporary art museum and worldwide headquarters for their foundation in Los Angeles.

Facebook's boy wonder donated nearly half a billion (in Facebook stock) to the Silicon Valley Community Foundation to further education initiatives. Zuckerberg also made good on $20 million of the $100 million pledge he made in 2010 to Newark, New Jersey area schools.

George Soros made his billions in the hedge fund world. His foundations use his billions to support human rights, education, and democracy. He's given $285 million to governance and accountability programs and almost $250 million to initiatives supporting human rights. Soros has also donated $13 million to the Campaign for Black Male Achievement.

Notable Gift: $1.5 billion to the Bill and Melinda Gates Foundation

Warren Buffet, CEO of Berkshire Hathaway, is one of the U.S.'s wealthiest people. He is very generous in his donations, however, rather than pursuing causes on his own, he lets other choose. Buffet donated $1.5 billion of his stock to the Bill and Melinda Gates Foundation. Others receiving his donations were the foundations of his children and late wife.

The U.S.'s wealthiest man is not content to sit back and reflect on how blessed he is to be worth $72 billion dollars. As the head of the Bill & Melinda Gates Foundation, Microsoft's co-founder is putting his money to good use. He is tireless in his efforts to rid the world of polio and malaria and in these efforts secured $335 million in pledges to his cause from six of his billionaire pals. Bill Gates is also one of the masterminds behind the Giving Pledge, through which he has helped convince over 100 of the world's wealthiest people to promise to donate at least half of their net worth to charity. Some of the biggest beneficiaries of Bill and Melinda Gates' generosity are the World Health Organization, the Medicines for Malaria group, and the United Negro College Fund.