By Amy Lamare on September 17, 2014 in Articles › Entertainment

America is the land of opportunity. The country when the "American Dream" promised anyone with a good idea and a great work ethic a chance at making it big and cashing in on great wealth. Of course most of us don't become billionaires, but the dream is alive, right? Some of the wealthiest families in the U.S. have been in control of products and services we use (nearly) every day. They are part of the top 1%- those lucky rich folks who make up a third of the country's entire wealth. The richest families in the U.S. have been that way for awhile. Below are ten American families who are the wealthiest billionaires behind the household names we all know and love.

NASCAR is big business in America. In fact, in recent years it has become as popular as football and baseball as one of America's favorite pastimes. NASCAR's first family is the France Family. The company was started by Bill France, Sr. in 1948 and has grown to become a huge even that attracts hundreds of thousands of fans as well as the big money of corporate sponsors. NASCAR is currently run by Bill's grandson Brian France and the France family has a net worth of $5 billion.

It's a good bet that you've got a product from the Johnson & Johnson family in your bathroom right now. From first aid kits to dental floss to Tylenol, this company is global in its market saturation. Founded by Robert Wood Johnson in 1886, the company has been run by his son Robert Wood Johnson II since 1932. Robert II is the one who took the family business and made it a global juggernaut. With a diversified product list in health and wellness, Johnson & Johnson makes the things pretty much everyone needs. The Johnson family is with $5.9 billion and Woody Johnson, one of the heirs, owns the NFL's New York Jets. 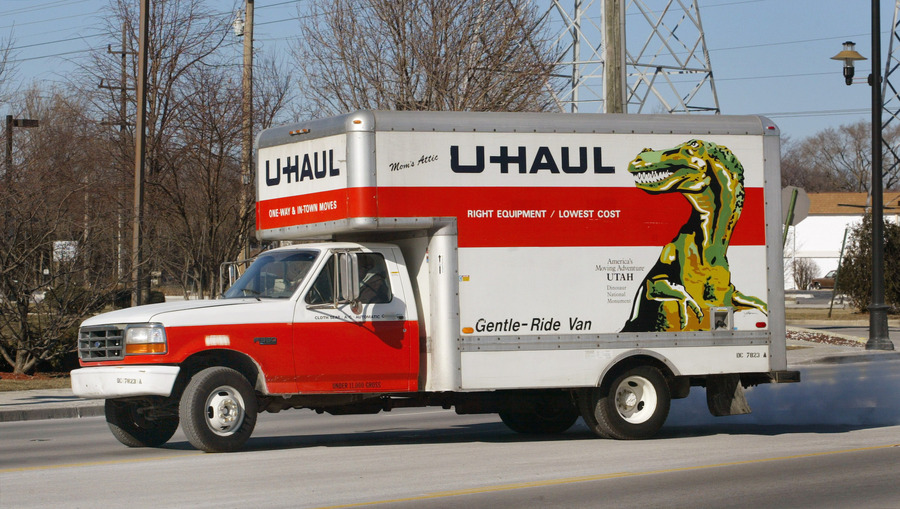 Chances are at one time or another you've rented a U-haul truck to move or transport large objects. Those orange and white trucks are as American as Campbell's Soup. The family behind U-Haul is the Schoen family. U-Haul was started in 1945 by Leonard Schoen. It is amazing that the family still owns the company as there has been tremendous drama and in-fighting over the years—everything from boardroom coups to murder accusations. The Schoen Family has a net worth of $6.8 billion.

You'd be hard pressed to find an American who hasn't had (a few hundred) cans of Campbell Soup in his or her lifetime. The red and white labeled cans are as American as baseball and apple pie. The man behind the soup is John T. Dorrance. He discovered the perfect formula for making condensed soup in 1897. Today, the Campbell Soup empire is a global force to be reckoned with with over $8 billion in total revenues. The Campbell Soup company also owns Prego, Pepperidge Farm, Pace Salsa, Swanson, and V8. The Dorrance family still owns the company and they have a net worth of $12.8 billion.

Imagine just the bottles and cans of Budweiser beer consumed at family bbqs over the summertime. Now multiply that times bars, restaurants, tailgates, NASCAR, concerts, sporting events and 365 days in the year. All those revelers have Adolphus Busch to thank. Back in 1876 he brewed his first batch of Budweiser. The beer was sold all over the U.S. until Prohibition and then when President Roosevelt repealed that draconian law, Budweiser came back stronger than ever. Beers included under the Anheuser Busch umbrella included Bud and Bud Light, Michelob, Beck's, Kirin, Stella Artois, Rolling Rock, O'Doul's and many others. The Busch family sill has majority ownership of the brewery and their net worth is $13 billion.

The Fisher Family: The Gap

The Gap has been American's favorite place for basics like jeans and t-shirts for four decades. Specializing in stylish clothes that won't break the budget, Gap was started by real estate developer Donald Fisher and his wife Doris Fisher in 1969. The Gap currently has 3,500 stores around the world and the Fisher family also owns Old Navy, Banana Republic, Athleta, and Piperlime under the Gap banner. The Fisher family owns roughly 41% of the company and has a net worth of $10.1 billion.

The companies that produce the consumer goods that American families use everyday make tons of money every year. S.C. Johnson is one of the most well-known companies in the U.S. Known for selling Windex, Ziploc bags, Drano, and Raid, the company was founded in 1886 in Wisconsin. Currently the heirs to the S.C. Johnson family have a net worth of $25.5 billion.

We live in an age where the media wields more power than ever before. Content and information are the key to our modern era of social media and the Internet. One of the world's biggest media conglomerates is the Hearst Empire. Founded by William Randolph Hearst in 1897, the company currently owns 49 newspapers, about 350 magazines, as well as large stakes in cable television stations ESPN, Lifetime, and A&E. The Hearst family is worth $35 billion dollars.

If you've ever snacked on a Snickers, Milky Way, or pack of M&Ms, you've helped build the fortune of the billionaire Mars family. Founded in 1911 in Tacoma, Washington, Mars is the largest candy company in the world. Mars Inc. also owns Wrigley, Uncle Ben's Rice, and pet food companies Pedigree and Whiskas, among other companies. The company is currently run by the founder's grandchildren Jacqueline, John, and Forrest Mars Jr. and entirely owned by the Mars family who has a net worth of $60 billion dollars.

Well, this is surely no surprise given that the Walton family's insane net worth of $160 billion makes them staggeringly wealthy. The Walton family are the heirs to the Walmart fortune, founded by Sam Walton in Arkansas in 1962, the stores are the U.S.'s largest chain of discount department stores. The company is currently headed up by Rob Walton, Sam Walton's eldest son.