These Amazing People Made The 10 Largest Philanthropic Donations Of 2014

By Brian Warner on January 7, 2015 in Articles › Entertainment

On Monday we wrote about an inspirational philanthropist named Lorry Lokey who is currently on a mission to give $1 billion to charity before he dies. The 87 year old has already managed to give away around $700 million of his fortune, most of which was earned after he sold his news services company Business Wire to Warren Buffett back in 2006. Lokey's life motto is: "If I can't take it with me, then why not leave it here and enjoy the results?" His dream is to die penniless. How cool is that?? I bet everyone reading this article right now would love to someday be rich enough to follow that motto. And while we're talking about amazingly generous people, the following individuals are responsible for the 10 largest philanthropic gifts of 2014…

Sidney Kimmel grew up in a hardworking low income family, the son of a Philadelphia cab driver. In 1970 Kimmel founded the Jones Apparel Group, which eventually grew into one of the world's largest apparel manufacturing companies. Jones Apparel manufactures clothes for brands such as Levi Strauss, Ralph Lauren, Givenchy and many more. In 2013, Sidney sold the company to a private equity group for $2.2 billion, leaving him with a $1.3 billion net worth. Today Sidney is focused almost exclusively on philanthropy. Outside of the $110 million gift to Thomas Jefferson University, the Sidney Kimmel Foundation has already donated hundreds of millions of dollars to various healthcare, education, and cancer research organizations. 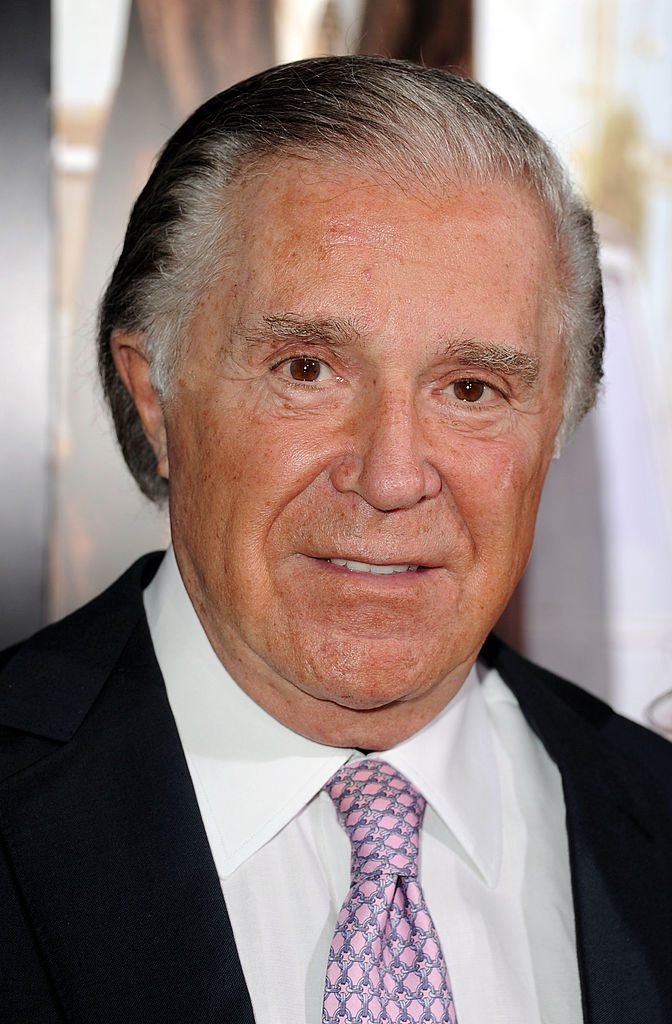 #9: Ernest Rady – $120 million to establish a genomics institute at the Rady Children's Hospital of San Diego.

San Diego former billionaire Ernest Rady earned his fortune through real estate development and investments in the financial services industry. Why is he a former billionaire? Because in the last two decades, Mr. Rady has given away A TON of money. At one time his net worth peaked at $2 billion, today it isn't even over a billion. Rady's philanthropy mainly focuses on helping sick children. To date he has given over $180 million to create and support San Diego's Rady Children's Hospital. Yes it is named after him. It is the largest children's hospital in California and one of the most admired health institutions of its kind in the world.

T. Denny Sanford earned his $1.3 billion fortune as the founder of First Premier Bank and its subsidiary Premier Bankcard, both of which are listed among the biggest providers of credit cards in the world. In February 2007 he gave $400 million to the Sioux Valley Hospitals and Health System, which was then renamed Sanford Health. To date he has given over $500 million to the institute with a special emphasis on caring for children. This is just one of many donations Sanford has made in his lifetime. In fact, out of all the information listed on his wiki page, around 85% is dedicated to detailing his philanthropy.

This gift may not be quite as heartwarming as the three previous, but who are we to judge? Barry Diller is worth $2.3 billion thanks to his company IAC/Interactive which owns brands such as Match.com, Tinder, Ask.com, Vimeo, OkCupid, Urban Spoon and CollegeHumor. Diane von Fürstenberg is a fashion tycoon who launched her empire in 1970 with a $30,000 investment. In less than a decade, her brand was generating over $150 million a year. Barry and Diane married in 2001 and have been very active philanthropists ever since. 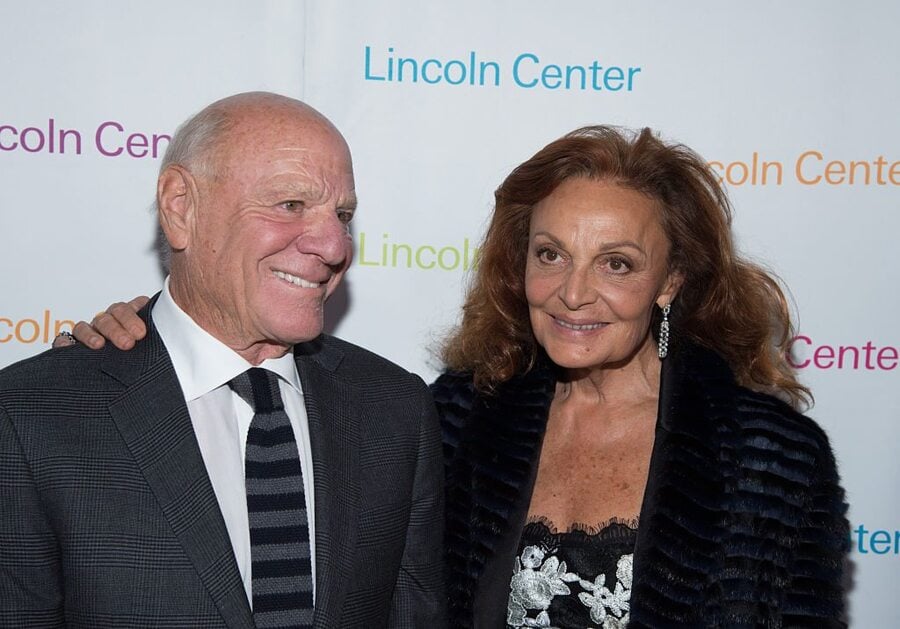 Ken Griffin graduated from Harvard in 1989. One year later he established the Chicago-based hedge fund Citadel Investment Group. Today the company manages over $20 billion in assets and Mr. Griffin is personally worth $5.6 billion. 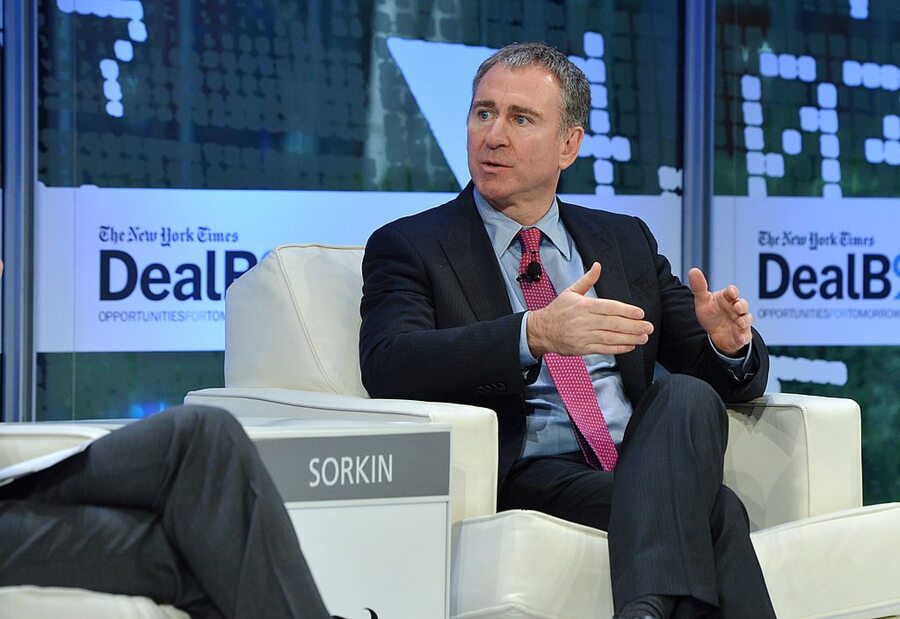 In February of 2014, Google founder Larry Page gave $177.3 million worth of his personal company shares to the foundation that he created in his late father's honor. Established in 2004, the Carl Victor Page Memorial Foundation focuses primarily on environmental and human services issues. In 2012, Larry gave 200,000 shares of Google to the foundation which at the time were worth $123 million. Today the foundation has nearly $540 million worth of assets, nearly all of which was donated by Larry. His 2014 donation will support Doctors Without Borders, Save the Children, Partners in Health and the International Rescue Committee. 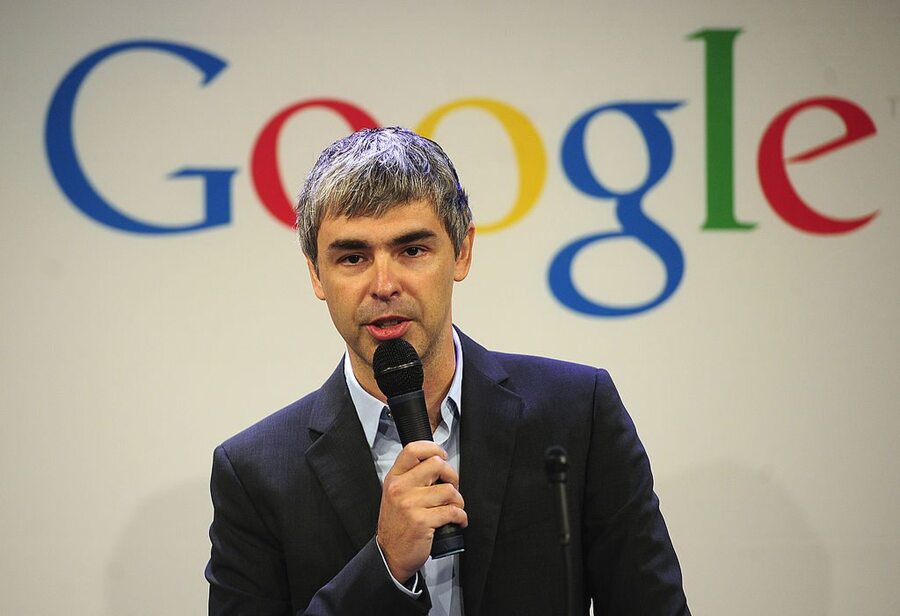 #4: Gerald and Ronnie Chan – $350 million to the Harvard School of Public Health.

Ronnie Chan runs a real estate empire that has established his family into one of the wealthiest in Hong Kong. The family is estimated to be worth a combined $3 billion thanks to highly valuable commercial real estate assets in Asia. They also run a private equity and venture capital firm called Morningside Group which funded their philanthropic arm, the Morningside Foundation. Ronnie's brother Gerald Chan is a doctor who received his master's in medical radiology and doctorate in radiation biology, both from Harvard. Hence their generous gift.

Nick Woodman is the former surfer who created GoPro. GoPro went public in 2014 and instantly turned Nick into a multi-billionaire. Soon after the company's IPO, Nick and his wife decided to set aside $500 million worth of their shares to establish The Jill + Nicholas Woodman Foundation at the Silicon Valley Community Foundation.

#2: Ted Stanley – $650 million to the Broad Institute for research into psychiatric disorders.

You're not gonna believe how Ted Stanley earned his fortune. In 1969, Ted founded a small company called the Danbury Mint with the goal to manufacture collectible coins and medals. Their first product was a medal to commemorate the Apollo 11 moon landing (the Neil Armstrong and Buzz Aldrin's mission).

Ted's interest in mental health was inspired be his son Jonathan who developed severe bipolar disorder with debilitating psychosis at the age of 19 after living an otherwise normal life up to that point. Jonathan's disorder first appeared during his junior year of college and forced him to drop out. There was a chance he would never live a normal life again. Fortunately Jonathan responded well to lithium and he was eventually able to complete college and recover. But that's not the standard story for the majority of people with severe mental disorders. Especially those who do not come from wealthy families.

Ted Stanley's $650 million donation will go to the Boston-based Broad Institute, which is a partnership between Harvard and the Massachusetts Institute of Technology. In 2007 he gave the institute $175 million to create the Stanley Center for Psychiatric Research. His $650 million donation in 2014 represents the bulk of Ted's remaining personal fortune. When asked how he felt about the fact that his father was giving away the majority of his birthright, Jonathan responded: "All I can say is my family got it right."

I couldn't find a photo of Ted or Jonathan Stanley.

If this donation sounds familiar it's because we wrote about it back in October in what soon became one of our most popular articles of 2014.

Last March, Buffalo Bills founder and longtime owner Ralph Wilson, died at the age of 95. At the time of his death, Ralph was the oldest owner in the National Football League. He was also the second-longest tenured team owner in the leagues history, having owned the Bills for 54 years. After Ralph died, his estate announced that they would put the Bills up for sale and eventually accepted a $1.4 billion offer. In October 2014, Ralph's estate revealed that the majority of the sale proceeds would establish two trust funds to benefit the cities of Detroit and Buffalo.

The best part of this story? The gift was completely unexpected. Most people assumed the money would simply go to enrich Ralph's heirs. Instead, two cities that can definitely use the money, were blown away when they heard the news of Mr. Wilson's generous donation.

So there you have it. 10 amazing donations from 13 amazing people. Here's to hoping that someday you have enough money to be one of the largest philanthropists in the world!

Hat tip to philanthropy.com and my friend Danielle for inspiring this article!