10 Of The Most Acclaimed Documentaries In Recent History

By Joseph Gibson on September 24, 2015 in Articles › Entertainment

As anyone in the entertainment industry already knows, quality doesn't always translate to commercial success. This is especially true in the modern movie industry, where even if you work hard and make something truly insightful and entertaining, it almost certainly won't achieve blockbuster box office numbers unless it really is a big studio blockbuster. For proof, just take a look at this list, made up of the most IMDb-user-acclaimed documentaries of recent memory, ranked according to their takes at the box office – not exactly Avengers numbers, but then again, that shouldn't be a surprise, since I'm pretty sure none of these films had any 7-11 promotional Big Gulps or anything like that.

The story of Julian Assange and Wikileaks is an inherently fascinating one, as you can see by how wildly the story took off in newspapers, once the requisite amount of drama took place. Alex Gibney's documentary on the subject is endorsed by most of the people who actually took the time to watch it, but with a $195,000 theatrical run it barely made a blip on the commercial radar.

Journalist Jeremy Scahill made this documentary about undeclared wars being carried out by the US government in order to expose an injustice in the world, but his efforts got hid documentary (based on his book of the same name) an Academy Award nomination and a $366,000 box office gross.

There's something ineffably compelling about seeing someone lie on camera. That's probably why The Armstrong Lie did as well as it did during its theatrical run, pulling in $381,000 at the box office. It's the second film for documentarian Alex Gibney, who set out to make a much more celebratory film about Lance Armstrong before his career disgrace made that impossible, on this list.

The famous Sound City Studios in Van Nuys, LA is the subject of this documentary by famed sound-lover Dave Grohl. It was shut down in 2011, and the documentary's mix of nostalgia, insight about a changing music industry, and Grohl-facilitated star power has led to generous IMDb user ratings and a $422,000 take at the box office.

Almost as compelling as a lying celebrity is a reclusive celebrity – perhaps more so if the box office performance of Salinger relative to that of The Armstrong Lie is any indication. This documentary about the famously hard-to-see author of The Catcher in the Rye was released a few years after JD Salinger died, and its mix of previously unseen photos and celebrity interviews earned it a take of 576 grand.

Pumping Iron, featuring an extremely young Arnold Schwarzenegger, is one of the most iconic documentaries of all time. Its followup, Generation Iron, came out in 2013, and bested the box office gross of the last movie on this list by more than $300,000 with about $850,000 in box office receipts.

Somewhat ironically for a documentary about the widening wealth gap in the United States, former US secretary of labor Robert Reich's documentary Inequality For All is the first on this list to break the million dollar mark at the box office. Where he gets off hogging all that box office wealth from other, equally worthy films I have no idea.

One way to squeeze a little extra box office juice out of your documentary is to structure it like a thriller, which is the approach taken by the makers of Blackfish, a documentary exposé about the Sea World theme parks and their treatment of killer whales, causing them to earn their names through cramped living conditions and separating them from their families.

It does my heart good to know that this documentary about the most important-yet-unheralded backup singers in the history of pop music pulled in such an impressive $4.84 million at the box office. By documentary standards, that's a very respectable figure, and the fact that the movie was so appreciated by audiences (and Academy voters – it won a Best Documentary Oscar) is a worthy tribute to the backup singers featured in the movie finally getting their time in the spotlight. 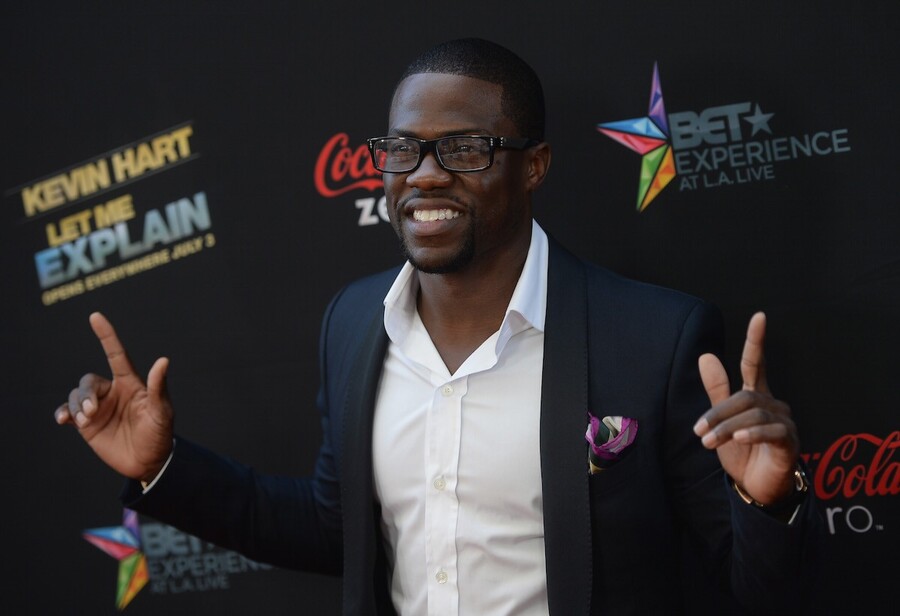 As evidenced by its $32+ million box office gross, Kevin Hart: Let Me Explain isn't the same kind of documentary as the other movies on this list. It's really more of a concert movie, but one that was exceedingly popular with viewers both in terms of commercial success and IMDb user ratings – no explanation necessary.