By Joseph Gibson on April 8, 2020 in Articles › Celebrity News

With more and more states and localities instituting shelter-in-place orders in order to slow the spread of the coronavirus and "flatten the curve," many of us are feeling the financial burn from being out of work. That, apparently, includes rapper Young Thug, who recently gave a quarantine-compliant FaceTime interview on Big Boy's Neighborhood, during which he claimed that various canceled gigs at festivals and other shows have cost him "millions of dollars."

As Young Thug himself explained during the interview, many festivals, tours, and concerts have been either postponed until summer or canceled outright, and even in the event that he gets some stage time in the near future it still puts him in a bit of a squeeze until then: 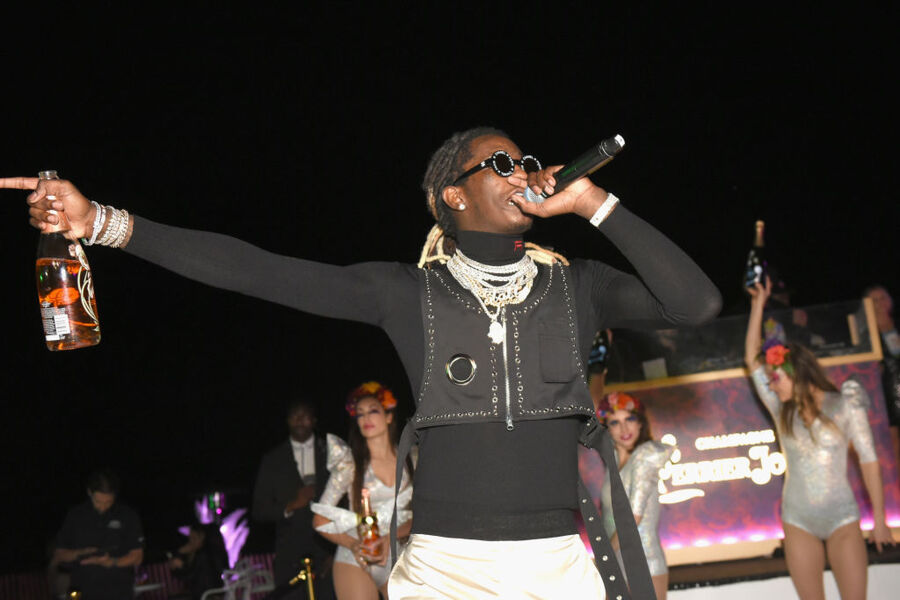 But those postponed and canceled festivals and the several others that Thug was slated to perform at aren't the only way that the coronavirus is costing him money. He says that his family's quarantine habits are just as expensive as the money he's losing from the canceled gigs:

"I might spend a million, two million just on this quarantine shit. Like I got my mom and daddy, all these folks god damn. I'm like, 'Y'all stay in the house.' They like, 'Yeah.' They get tired of the house every week, they want a penthouse, go to the hotel. That sh*t cost money and you don't make the money off your shows. However much money I lose on a show, that's probably the same amount of money I lose spending my money."

Whether that's an exaggeration or not, Young Thug seems to be as eager as anyone for this pandemic to be over with.