In three short days, the wait will be over. Floyd Mayweather and Manny Pacquiao finally face off on May 2nd at the MGM Grand in Las Vegas. As we have covered extensively, this fight will very likely end up obliterating every single revenue record in boxing history. By most accounts, the fight will generate $400 million from the Live Gate (ticket sales), Pay Per View, Foreign Rights, and sponsorships. Pay Per View sales alone are expected to more than double the previous PPV record of $136 million (when Floyd fought De LA Hoya). At $100 a pop, if 3 million people buy the fight (which is the current prediction), that's $300 million right there.

After all expenses are taken away, Floyd is expected to take home as much as $200 million. At that level, Manny would take home $133 million.

So what is Mr. Mayweather planing to do with his $200 million? The safe assumption would be that he's going to buy a bunch more houses, planes, cars, and jewelry. But if you believe Floyd, that might not be the case at all. Apparently Floyd plans on splitting his fight earnings up among his four children. In theory that would be around $50 million per kid! 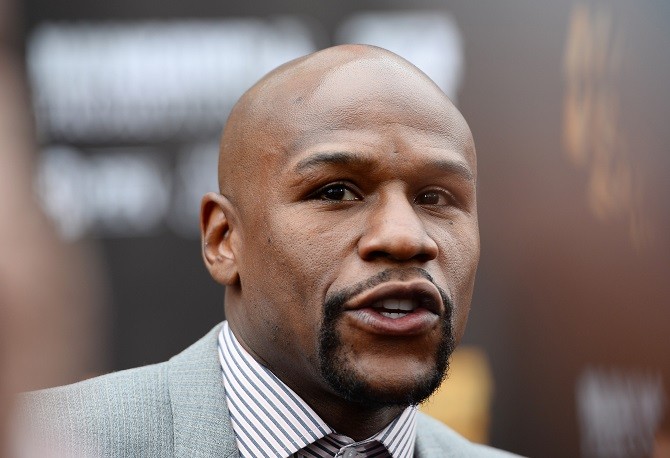 At a press conference earlier today, Floyd was asked if money was his main reason for taking the fight or:

"Was any part of your reason for taking the fight, your understanding of the worldwide desire from boxing fans everywhere to see the fight?"

Floyd's response was straight to the point:

When asked to elaborate, Floyd responded:

"My kids. Of course everything plays a major key. I love the fans. I want to give them an excitement…"

The interviewer jumped in and re-asked:

"But [the fan's excitement] is not a driving part of your thought process?"

To which Floyd responded:

"Nah. No. The money. Investments. Because I look at things in a business aspect… All my kids, just from this fight [could have] $50 million a piece…"

Ironically, Floyd currently is not allowed to see three of his kids due to his past legal issues involving his ex-wife. But something tells me they will forgive him for his absence some day in the future when he hands them each a check for $50 million bucks.

So what do you think of Floyd's pronouncement that he intends on giving each of his kids $50 million of his fight earnings ? Do you think that's just BS hype? Where do you see Floyd Mayweather 10 years down the road?