Though he's appeared in more than 50 movies and television shows, William Shatner will always be known as Captain Kirk from the Star Trek franchise. To a much younger audience, he may be more recognizable as the guy from the Priceline commercials.

But Shatner has another passion besides acting, and he's actually combined the two into a lucrative business.

The actor, has a 360-acre farm in Kentucky, owns and breeds horses and enters them into competitions across the country. His farm's activities benefit the Central Kentucky Riding for Hope "Horses for Heroes" program.

For nearly 30 years, Shatner has been one of the driving forces of the Hollywood Charity Horse Show. The event raises money for children's charities. 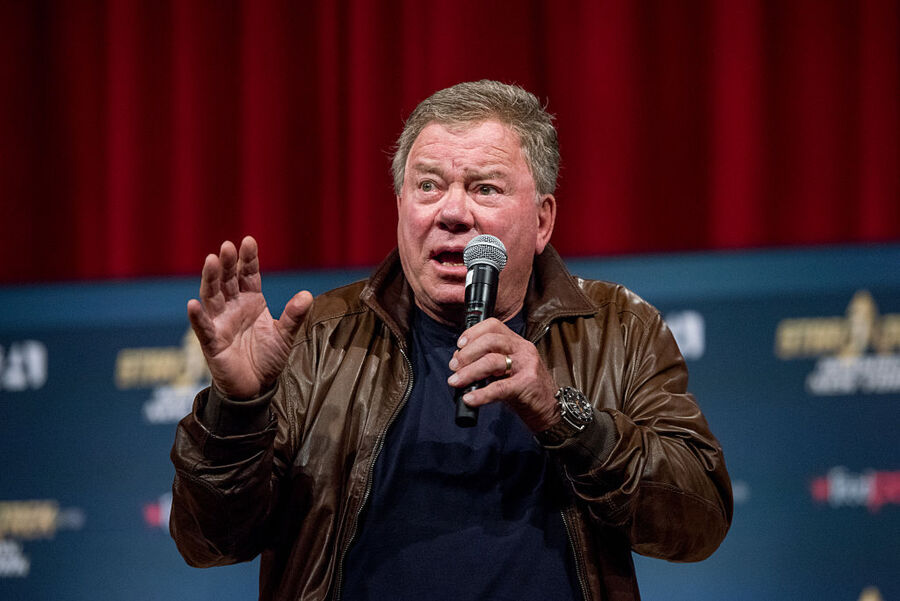 Shatner has even ridden his own horses in his films. When Star Trek Generations was being made, producers weren't sure if Shatner would sign onto the project. To try and sway Captain Kirk, the writers included a scene where Shatner, upon his own horse Great Belles of Fire, treks across the countryside with Patrick Stewart.

Ultimately, Shatner loved how the scene turned out. He agreed to not only make the film but also rented out his horses for use on the film. We're not sure what the going rate for a Shatner horse is, though you can bet he made a tidy profit.

Even though Shatner has a stable of horses nowadays, he actually purchased his first one by accident. As he explains in his biography:

"I was at a quarter-horse auction near Visalia, California, and was introduced to a rather well-known local horse owner and his 10-year-old son. I had no plans whatsoever of buying a horse that day, but I was sitting there with them and suddenly the horse owner's kid points at some gelding and says to me out of the blue, 'That's the horse you should buy.' And I raised my hands in mock horror, like "'Me? Buy a horse at an auction?!' And then I hear the auctioneer saying, 'And Shatner buys the horse at — .' So suddenly I'd bought a horse that I had no intention of buying, but I was too embarrassed to say 'No, no. I didn't mean that.'"

Shatner turned that mistake into a profitable side hustle. And one of his most prized horses is forever immortalized in a Star Trek film. It's every Trekkie's dream.