Will Johnny Manziel Be A Big Star Or A Big Bust? The $100 Million Question.

Some football experts insist Johnny Manziel will end up in the Hall of Fame. Other football experts insist Johnny Manziel will be the biggest draft bust in pro football history. It's not just history and notoriety on the line. In the last year, good NFL quarterbacks signed contract extensions totaling $100 million. More than $40 million of that was guaranteed money.

If things work out well, over the next five years, the man known as Johnny Football, Johnny Cleveland and Johnny Manziel will have a chance to earn $100 million in salary and bonuses. He could also never see a dime and be out of the league. With that much on the line, what factors outside of Manziel's control will determine if he gets extended for nine figures or tossed in the bust department? 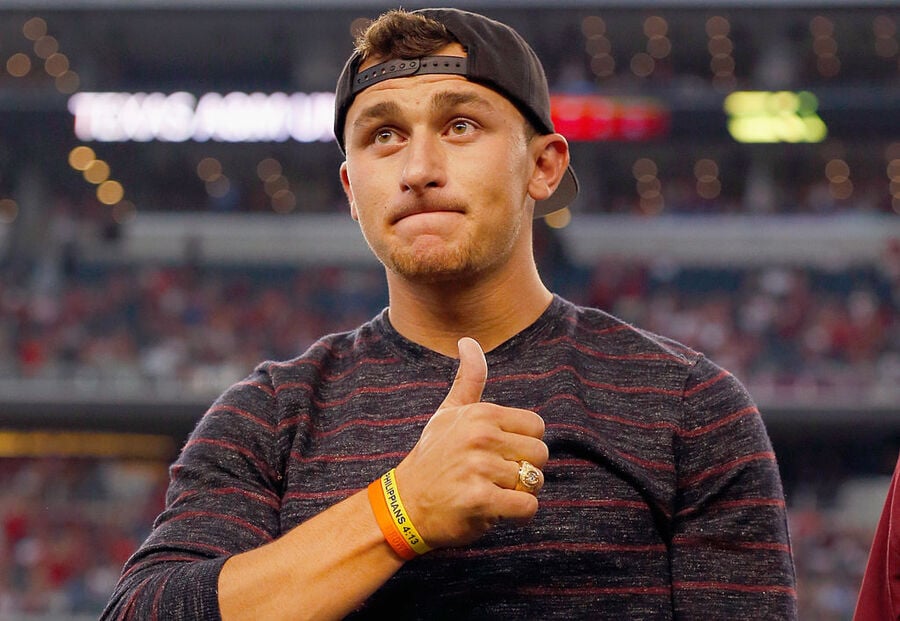 Shanahan's dad coached the Denver Broncos to two Super Bowl wins. He also earned a $35 million deal to coach Washington and brought his son Kyle along to coordinate Washington's offense.

The good news is with Robert Griffin III as a rookie quarterback, Washington made the playoffs. The bad news is in that playoff game, RG III blew out his knee and never really recovered. This resulted in tension among the player and team. It also left Washington with the second worst record in the league and both Shanahans out of work.

Manziel has similar physical skills to RG III. How Shanahan learned from his Washington experience will determine how Manziel grows as a player and brand.

Gordon led the NFL in receiving yards last year, which is impressive because he only played in 14 of 16 possible games. The league suspended Gordon for the first two games of the season for violating the league's substance abuse policy. By all accounts, Gordon was a model citizen and teammate. Then the day after Manziel was drafted, word leaked Gordon could face a year suspension for a marijuana violation. The league hasn't confirmed this. The Browns aren't talking.

Joe Montana had Jerry Rice. Peyton Manning had Marvin Harrison. Manziel needs someone like that to grow and develop. Gordon can be that guy if he's on the field.

Farmer is the Browns' General Manager. It's his job to pick the players. After word of Gordon's potential suspension, every NFL draft guru assumed the Browns would take another wide receiver in the draft to replace Gordon. The second round arrived. The Browns took a guy who weighs 300 pounds. He doesn't catch passes. Neither did the person the Browns drafted in the third, fourth, fifth, sixth and seventh rounds. Draft experts and Browns fans were beyond flummoxed.

The Browns did pick up two free agents who were out on the street for more than a month. Neither will replace Gordon. Farmer has built up every other position except the one Manziel arguably needs the most. How Farmer responds before the season begins will be critical to Manziel's future.

Carter will represent Manziel with his off-the-field business. Carter represents LeBron James. The good news is Carter leveraged deals for LeBron with brands like Coca-Cola, State Farm and McDonalds to the tune of $42 million a year. The bad news is Manziel isn't LeBron James and has a reputation for bravado off the field that may not align with family friendly brands.

Manziel is Carter's first foray into football. If Carter excels on the field the way he does on a court, Manziel may not have to worry about Cleveland's coaches, teammates and front office.

Johnny Manziel is famous. Everyone can agree on this. As a result, Manziel's career will be etched in football history. Whether that story is one of success or failure remains unwritten and dependent in some part to factors out of his control. It's a $100 million question with no answer in sight.