Why Was This College Player Ecstatic When He Plummeted In The Draft? He Might Be The Richest Seventh Round Pick Ever!

The NFL Draft is one of the most stressful moments of a football player's career. Every pick has a different slot. Every different slot determines how large your rookie deal will or will not be. For some players, falling a few spots in the draft could cost them millions. So why was Oregon Cornerback Ifo Ekpre-Olomu HAPPY when he fell down the draft board? Is he dumb? Does he hate money? Or is he a little bit clever? 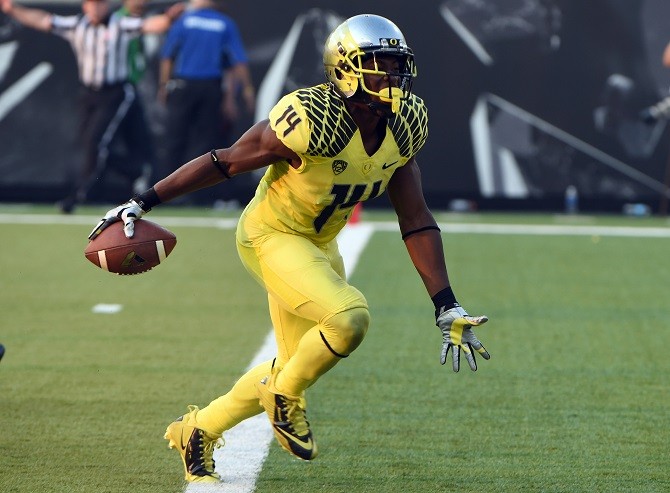 Had Ekpre-Olomu been taken 10th overall, he would have received more than $12.3 million. The 20th pick will receive nearly $8.5 million. The 30th pick will get nearly $7.2 million. While draft projections can be wild, there was reason for extreme optimism.

Because of this promise, the University of Oregon spent $40,000 on an insurance policy for Ekpre-Olomu. Reports say that if he fell below the third round of the NFL Draft, he would receive a $3 million payout.

In December, Ekpre-Olomu blew out his knee while practicing to play in the Rose Bowl against Florida State. The injury prevented him from working out at the NFL combine where most players show off their skills. Subsequently, his draft status plummeted.

The Cleveland Browns eventually took Ekpre-Olomu in the seventh round. The draft slotting suggests he will receive a four-year contract. While the deal is valued at a mildly respectable $2.3 million, the only guaranteed money is a signing bonus of nearly $70,000. The vast majority of NFL contracts aren't guaranteed. But the insurance money is!

As a result, Ekpre-Olomu might be the richest seventh-round pick in NFL draft history. While it won't make up for not being a first-round pick, it's at least a consolation prize.

Ekpre-Olomu's story is also an interesting case for future NFL prospects and universities. Other athletes like Willis McGahee and Marqise Lee had high profile insurance policies but had to foot the bill themselves. Not every athlete can afford the bill and not every university has Nike's owner as a booster. This example begs the question of how draft prospects view their final seasons and how they consider selecting where to play college football in the first place. With 2016 NFL mock drafts already available, it makes you wonder who the next Ekpre-Olomu might be and how or if he will insure his financial future.