Why Did This 26-Year-Old NBA Player Just Walk Away From $21 Million Guaranteed Easy Money???

How much money would you need to have in the bank in order to be comfortable giving up a career most people would kill for? What if walking away also meant you would be flushing a guaranteed $21 million down the toilet? What if it also meant you'd be giving up all the fame and glory that comes with being a professional athlete at the ripe old age of 26? For pretty much everyone on the planet (minus a few billionaires), this hypothetical scenario probably sounds insane. Yet this is exactly what NBA player Larry Sanders just did.

Larry Sanders has shocked the sports world with his announcement that he will be walking away from both the NBA and $21 million of guaranteed money that is left on his contract with the Milwaukee Bucks. There's nothing physically wrong with the 26-year-old, 6'11" power forward and center. In fact, if he did have some physical problem that was preventing him from playing, Larry would be able to walk away with 100% of his remaining contract money. No questions asked. Unfortunately, it turns out that Larry is basically just tired of being a professional athlete in the public spotlight.

Sanders has always had an unusual and somewhat uncomfortable relationship with basketball. He didn't even start playing the sport until he was in the 10th grade at Port St. Lucie High School in Port St. Lucie, Florida. Despite his late start, Larry was named first team all-state and helped lead his team to a District 13-5A Championship. He then went on to play college basketball at Virginia Commonwealth University, where he was named to the Colonial Athletic Association All-Freshman Team. He was a three-time CAA All-Defensive Team player, and was a two-time CAA Defensive Player of the Year. Sanders was also Second-team All-CAA in 2009 and First-team All-CAA in 2010. Ironically, even in college with all those accolades, Larry didn't really love playing basketball. He actually wanted to study art, but couldn't because of his athletic commitments.

He was the 15th overall pick in the 2010 NBA Draft by the Milwaukee Bucks. He earned $1.7 million during his rookie season. He earned $1.8 million in season two and $1.9 million in season three. After the 2013 season, in which he posted career high stats across the board, Larry signed a four-year $44 million contract extension with the Bucks. For most NBA players, this sounds like a dream career trajectory. But not for Larry Sanders. So what's going on??? 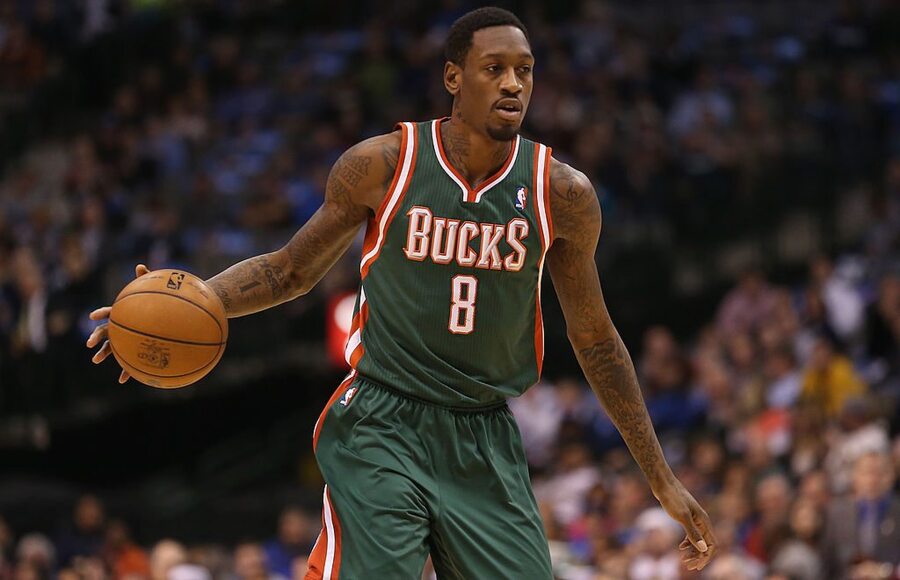 Sanders has had a multitude of personal problems on and off the court since he signed that big contract extension. He has undergone treatment for anxiety, depression, and a mood disorder. In 2014, he was suspended for five games for violating the NBA's drug policy when he tested positive for marijuana. He later violated the policy again, and was suspended without pay for a minimum of 10 games.

Perhaps his feelings about the NBA were best summed up in the first line of this video where describes himself as a "person, father, artist, writer, painter, musician… and sometimes I play basketball."

Sanders said that although the money was nice, he was not happy with his life and career:

"I think this is seen to be a desirable, lucrative job… People say, 'How could you be unhappy there?'"

He went on to say that he values relationships with the people he loves more than financial riches.

As part of his extrication from the NBA, Sanders and the Bucks agreed to a buyout that will pay him $15 million spread out over the next seven seasons. He has already been paid $8 million of the current contract. He will simply walk away from an additional $21 million.

Including the buyout, his total career earnings will come out to around $31 million. After taxes, agents fees, lawyers etc… and before he bought a single car, house or a bag of groceries, Larry would theoretically have around $10-12 million in his bank account when it's all said and done. Definitely a lot of money, but who wouldn't want that $21 million??? I don't care how much you hate your job, that's a bold move.

What would you do if you were Larry and you suddenly found yourself miserable in the NBA? Would you walk away from all the money and glory to be happier and spend more time with your family?