Whitney Houston's Estate is About to Make a Fortune

By Brian Warner on February 12, 2012 in Articles › Celebrity News

Whitney Houston's sudden death at the age of 48 was both shocking and tragic. No one can deny that during her prime Whitney Houston was one of the most incredible and gifted musicians the world has ever known. It was sad watching her life take some dark turns recently but I think everyone held out hope that she would eventually make a glorious come back. In the coming weeks, many people will be comparing Whitney's life and death to that of fellow pop star Michael Jackson. They had amazing careers, challenges with drugs and they both will continue to live on posthumously earning massive fortunes in death. 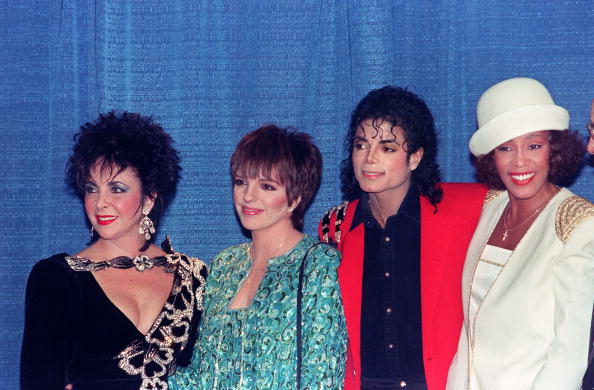 In the year after Michael Jackson's death, his estate earned nearly $300 million. Immediately following his death, his album Thriller sold over a million new copies. When you combine digital music sales, traditional CD sales and radio royalties Michael Jackson was the highest selling artist of 2009, outselling Jay-Z, Madonna, Beyonce and Lady Gaga… COMBINED! Jackson's estate also earned millions by licensing his name and likeness to the Sony film "This is it". Michael Jackson is now one of the highest earning dead celebrities, raking in $90 million a year which is more than fellow musicians Elvis at $55 million and John Lennon at $15 million.

It's safe to say that Whitney Houston's estate will experience a similar windfall over the next 12 months. Houston's albums and songs have already shot to the top of Apple and Amazon's Top 100 sales charts. And with the Grammys tonight being turned into an impromptu memorial, we're sure to see continued spike in Whitney songs, movies and other merchandise. Houston just finished filming a movie called Sparkle for Sony TriStar Pictures which is set to release this coming August.

One major difference between Whitney and Michael's estates is that Whitney did not write or own the masters of any of her most popular songs. "How Will I Know", "Saving All My Love", "I Will Always Love You", were all written and produced by other musicians and composers. Country star Dolly Parton wrote and owns the masters to "I Will Always Love You". Interestingly, the song was not commercially successful for Dolly until the movie The Bodyguard was released. Kevin Costner handpicked the song to be the title track to the blockbuster movie and Parton would eventually earn over $10 million from the songs fantastic success!

All things considered, it's not unreasonable to estimate that Whitney Houston's estate will earn $50 – $100 million in the next twelve months off album sales, DVDs, merchandise and other licensing deals. Not nearly as much as Michael Jackson earned but still a vast fortune. Whitney had been struggling financially in recent times and saw her net worth shrink from over $100 million to less than $10 million. Since she was divorced from singer Bobby Brown at the time of her death, all of this money will go to Whitney's daughter Bobbi Kristina Brown.

Rest in peace Whitney. You will be missed!