By Brian Warner on February 11, 2013 in Articles › Celebrity News

Exactly one year ago today, Whitney Houston's life was tragically cut short by an accidental drowning caused by drug complications at the Beverly Hilton hotel in Beverly Hills, California. Even though Whitney's battles with drugs and various other demons were well documented, no one expected her life to end in such a sudden and tragic way. Her death was especially painful because it happened the night before The Grammys, which was subsequently turned into an unofficial memorial ceremony for the late great singer. During her lifetime, Whitney Houston sold over 200 million records and had been hailed as perhaps the greatest female vocalist of all time. She won more awards than any other female musician in history and was the 12th best selling musician of all time, behind artists like Madonna, The Beatles, Elvis and Michael Jackson. Unfortunately, massive record sales was not the only way in which Whitney was similar to Michael Jackson. Both artists struggled with substance abuse and faced enormous financial difficulties before their deaths. So what was the status of Whitney Houston's finances at the time of her death and where does her estate stand today? Let's take a look at the facts.. 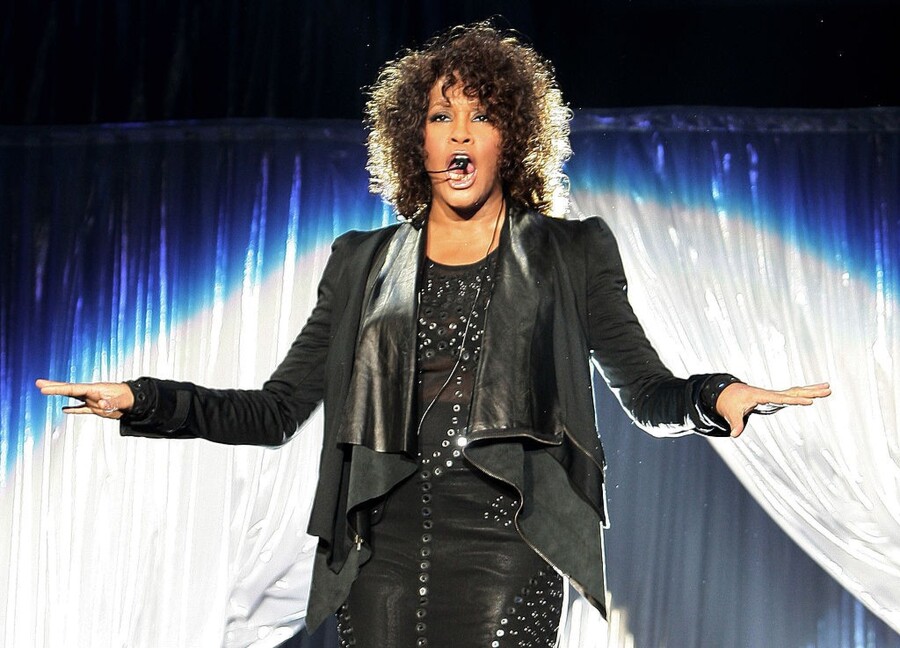 Despite selling hundreds of millions of records and earning more than $150 million in her lifetime, when Whitney died last year she was flat broke. Actually, it was worse than that. Whitney wasn't just broke, she was $20 million in debt to her record company and allegedly living off handouts from her former mentor Clive Davis. How did this happen? Before her death, Whitney was open about the fact that she had squandered every dollar she earned at the peak of her career on an extravagant lifestyle and drugs. She even admitted to having used cocaine every single day throughout the 1990s. Read that again. Whitney supposedly used cocaine every single day, for an entire decade. On the other hand, in 2001 Whitney was still a very popular artist and was therefore able to secure the biggest contract in music history at the time, a $100 million, six year deal with Arista records. When an artist signs a contract like that, he/she is not paid all at once. At the time of her death, Arista had paid Whitney $40 million in advance for two albums but so far had only recouped around $20 million. This meant that not only did Whitney owe Arista four more albums, but she was in the hole $20 million. To make matters worse, many speculated that Whitney's voice was completely shot and those final four albums would never have a chance of being made. Meanwhile, she had no income or savings and was facing foreclosure on her $6 million New Jersey mansion. Banks had already seized her $3 million Atlanta mansion and Whitney had ran up a $1 million debt to the IRS and various other creditors.

This is an eerily similar story to Michael Jackson. When Michael died (also from drug related complications), he owed hundreds of millions of dollars to banks and record companies. Over the three years after his death, Michael's estate administrators worked tirelessly to not only pay back $500 million worth of debt, but they also earned an additional $300 million nest egg for his children. In the year since Whitney's deaht, her estate has earned enough to pay off 100% of her debts plus set aside an additional $20 million surplus for her only daughter Bobbi Kristina.

Another person who inadvertently earned a fortune off Whitney Houston's death was Dolly Parton. Many people don't realize that Dolly wrote and owns the rights to Whitney's most famous song "I Will Always Love you" from The Bodyguard soundtrack. As the owner of the song's writing and publishing royalties, Dolly earns roughly 8 cents per radio play and $2 for every album sold in perpetuity. In the 1990s alone, Dolly made more than $20 million off "I Will Always Love you" without singing a single note.

Whitney left 100% of her estate to her Bobbi Kristina, who was 19 years old at the time of her mother's death. Today, many people close to Whitney estate question whether or not Bobbi Kristina is ready to inherit a $20 million trust fund all at once. Her grandmother Cissy Houston does not think so and has made legal moves to block Bobbi from receiving the funds. Cissy wants to set up a trust that would cover Bobbi's basic living expenses until she was 21 then pay out the remaining funds in stages. Bobbi Kristina has the right to claim 100% of the money today if she wants, but so far she is working with Cissy to find a solution. Let's hope Bobbi is able to avoid some of her mother's pitfalls and use her money in a responsible way.