By Brian Warner on October 8, 2012 in Articles › Celebrity News

It's been nine months since Whitney Houston's sudden and shocking death, and today there is a heated debate raging over the status of her estate and how it should be distributed. The estate of Whitney Houston follows an eerily similar path as the estate of Michael Jackson. Both Whitney and Michael died unexpectedly from drug overdoses in Beverly Hills. Both artists were millions of dollars in debt at the time of their deaths. And both estates earned a fortune after their passings, generating huge sums of money for their families to fight over. In Whitney's case, she left 100% of her estate to her 19 year old daughter Bobbi Kristina. Bobbi's family is now terrified of what could happen if she receives a massive fortune in one lump sum today. 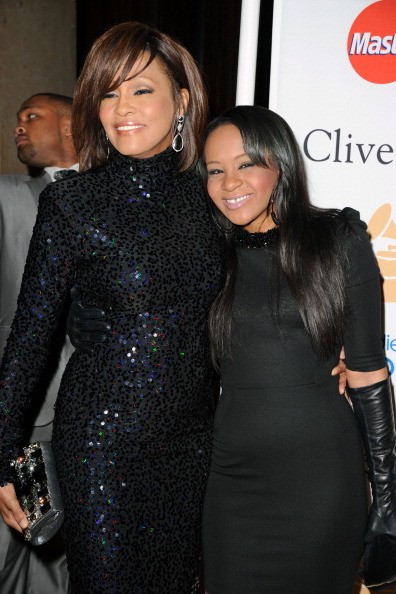 As we reported back in February, Whitney Houston was flat broke at the time of her death. Actually she was worse than broke, she was in debt to the tune of $20 million. Whitney's financial problems were especially shocking when you consider she had sold over 200 million albums in her lifetime and was earning as much as $30 million per year at her peak. Whitney found herself in dire straights after years of drug use and terrible financial planning. In the years leading up to her death, Whitney had borrowed $40 million from her record label Sony/Arista, using future record sales as collateral. Unfortunately her last few releases were not commercially successful and Whitney still owed Sony/Arista $20 million worth of the advance at the time of her death.

When Michael Jackson died, he owed an astonishing $500 million to various creditors. Over the last three years, MJ's accountants worked tirelessly to pay down 100% of the singer's obligations and were even able to generate an estimated $300 million which is being held in trust for his three kids. Similarly, Whitney Houston has sold millions of dollars worth of albums, singles and merchandise over the last nine months. In order to pay back the $20 million loan, Houston needed to sell at least five million albums after her death. Not only was her estate able to pay back the debt, it also generated an additional $20 million for Houston's heir Bobbi Kristina.

But is the 19-year-old Bobbi Kristina mature enough to handle a sudden $20 million fortune? Her grandmother Cissy doesn't think so and is fighting to have the inheritance broken up into a series of much smaller payments spread out over time. Sort of like an allowance where Bobbi might have all of her living expenses covered by the trust until she is 21 then she would inherit 25% of the money. Then Bobbi might get another big chunk at 30 and so on.

Legally speaking, Bobbi Kristina has the right to the entire $20 million today. Bobbi would have to agree to Cissy's proposed allowance or Cissy would have to prove that her granddaughter is unfit to manage the money. Considering her family history, maybe an allowance wouldn't be such a bad thing. As we learned with our list of broke athletes, some people just should't be allowed to handle tons of money. And that goes double for someone who is young, impressionable and the daughter of a train wreck like Bobby Brown.

If you were Bobbi Kristina would you fight for the lump sum $20 million or would you agree to the allowance?