We Now Know How Much Tyrese Gibson Cost Dr. Dre When He Leaked Apple's Beats By Dre Acquisition

As far as costly social media blunders go, they don't get much more costly than the blunder made by Tyrese Gibson back in 2014. And after years of wondering and conjecturing, we now know exactly how costly this blunder actually was.

We're talking about Apple's $3.2 billion acquisition of Beats By Dre. That deal that was officially announced and confirmed by Apple on May 12, 2014. But at the time of the official announcement, most of the world already knew a deal was going down. The world knew thanks to a late-night drunk Facebook video from Tyrese. Here's what happened:

Late in the evening on May 9, 2014, Tyrese posted the following video to Facebook (I queued it up to the 45-second mark):

This is the caption Tyrese included with his post:

As you can see if you watch the video, at one point Dr. Dre looks right into the camera and proclaims:

"The First billionaire in hip hop, right here from the muthafukin West Coast. Believe it."

This statement makes the entire room explode. Tyrese starts to crip walk and goes on a rant that features quite a few n bombs and f bombs. After getting more than 12,000 "likes" in a few hours, Tyrese mysteriously removed the video.

Also, for the record, the Beats by Dre sale did NOT make Dr. Dre a billionaire. It did make him very rich… but without Tyrese's video he could have a bit richer. 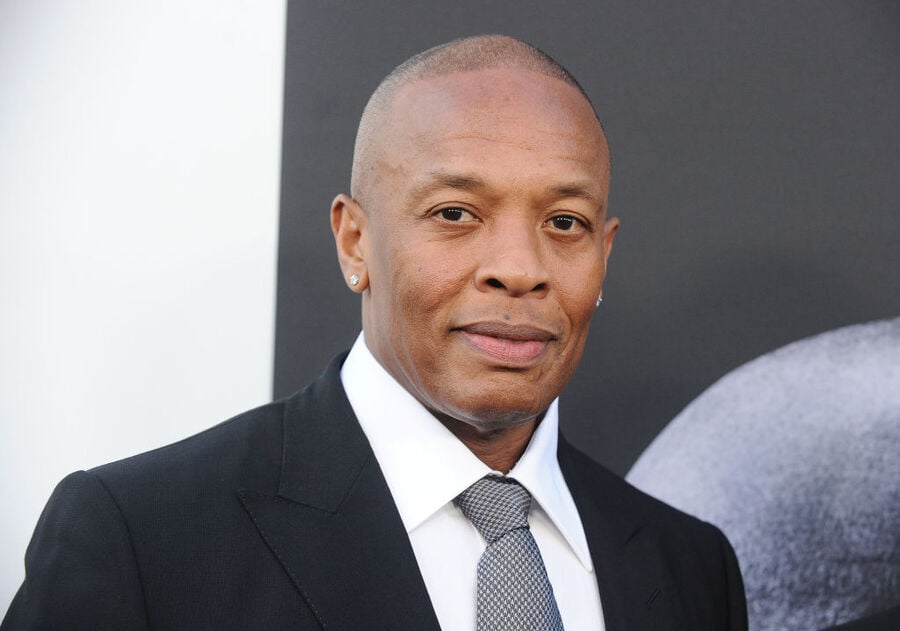 New details from an upcoming book on the Tim Cook years at Apple have finally revealed that actual consequences of Tyrese's video.

The book, which is titled "After Steve: How Apple Became a Trillion-Dollar Company and Lost Its Soul," has a chapter dedicated to the Beats acquisition. According to the book, it was Cook himself who took an interest in the Beats brand, hoping to use it as a way to get Apple into the music streaming business. Some of the other members of the Apple board were skeptical, especially after company co-founder Jimmy Iovine drove a hard bargain by stipulating that both Beats Music and Beats Electronics would have to be part of the deal.

Pushing the skeptics aside, Tim Cook pressed forward and eventually agreed upon a price of $3.2 billion.

Iovine instructed Dre and the rest of the Beats team that the only thing that could jeopardize the deal and its nearly unfathomable sum would be to talk about it publicly. "Whatever you do, don't talk about this," Iovine warned the team, drawing a comparison to a memorable scene in the movie "Goodfellas" to make his point:

As we all know, just like in the movie, Iovine's directive went unheeded. The book describes what happened next:

"At 2:00 a.m., Iovine got a call from Puff Daddy, who was screaming that Dre and Tyrese, a rapper, were talking about the deal in a Facebook video. Iovine pulled up the video and cringed as he saw Tyrese bragging about being drunk on Heineken in a recording studio."

"We had gone for like six weeks without it leaking. This thing has leaked, this thing is loud…I had wanted to work with Apple, at that point, probably 10 years, maybe more than 10 years. I'm like, 'how could this be possibly happening?'."

Fortunately for all involved, Tim Cook maintained a sense of calm, and didn't let the video completely destroy the proposal. But he did take the opportunity to capitalize on the leak. Cook's solution? To shave $200 million from the purchase price.

At the time of the sale Dr. Dre and Jimmy Iovine each owned 25% of Beats by Dre, so that $200 million price reduction cost them…

A heavy price to pay for doing a little premature online bragging. Assuming the final final purchase price was $3.2 billion after the shave (since that's the number Apple confirmed in official filings), Dr. Dre and Jimmy's 25% stakes resulted in each of them making $750 million pre-tax on the deal. Obviously that's an enormous fortune… but I'm sure Jimmy and Dre still cringe thinking about that lost $50 million slipping through their fingers.

On May 14, 2014, two days after the deal was officially confirmed by Apple, Dr. Dre bought Tom Brady and Gisele Bundchen's Brentwood mansion. The purchase price?