The Warriors and Cavaliers have played a pair of gritty, grind 'em out games so far in this year's NBA Finals. It has been far from the most entertaining basketball, but both contests have gone into overtime, and that has never happened in NBA Finals history.

Warriors owner Joe Lacob is hoping that his Warriors can cruise to an easy victory in Cleveland, and it's got to be reassuring for him to know that not every person in the arena will be cheering for the Cavs. 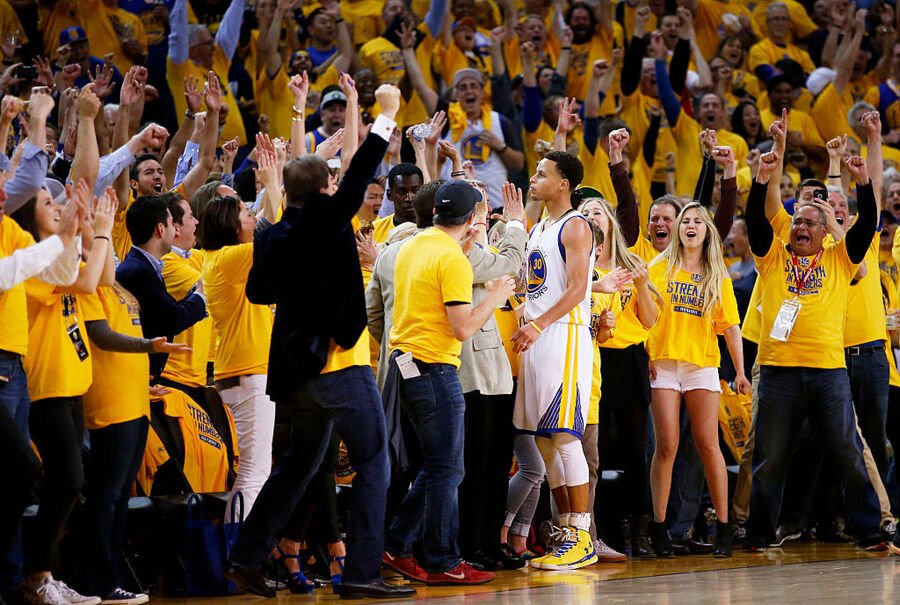 Why? Lacob chartered a flight to Cleveland, so that every single full-time Warriors employee could see Game 3 in person. We don't know the exact number of employees in Golden State's front office, but to charter a plane of 155 people from Oakland to Cleveland (a 2,146 mile flight one way), it would cost somewhere between $126,790 and $245,400, according to U.S. Skylink Charter Navigation.

Lacob wasn't content on just flying his employees out, though. He made sure his employees had a place to stay when the game ended, so he took another step: he booked 155 hotel rooms in the Cleveland area to accommodate all those flying out.

Even at a discount rate of $99 a night, that's $15,345 for hotel rooms tacked onto the roughly $180,000 Lacob already spent. And chances are it was a fairly decent hotel, so something like $129 a night might be a more accurate estimate. That means Lacob probably dropped about $200,000 just so his employees could have a nice little mini-vacation and cheer their team on in the Finals.

Now let's see if they can make Quicken Loans arena sound a bit more like the Roaracle.