By Brian Warner on December 23, 2014 in Articles › Celebrity News

I have good news for anyone who ever dreamed of signing a huge contract with a professional sports team! Actually I have great news. Starting very soon, one lucky person will begin earning a monthly paycheck from the New York Mets. And that's not the best part. If you happen to be this lucky person, you won't need to hit any home runs or pitch any 90 MPH fastballs to receive your check. You won't even need to put on a uniform. As a matter of fact, the only thing you'll need to do is sit back and cash checks every month for the next 18 years (or simply confirm direct deposits if you go that route). Sound too good to be true? Well there is one catch: If you ever bump into Darryl Strawberry, you might want to walk the other direction as fast as possible. Or at least offer to buy him a meal. Why is that? Because the money you'll be earning – ya, it's technically Darryl's money… from around 25 years ago. 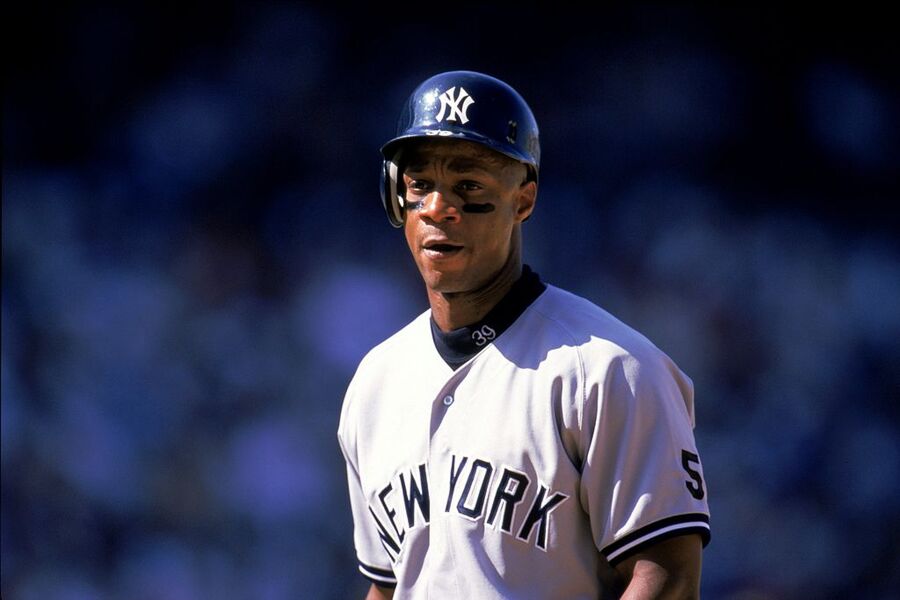 So in other words, Darryl essentially agreed to forego $740,000 in 1990 so he could earn a little bit of money for what would likely be the rest of his life starting in 2010. Sounds awesome right?! Well unfortunately for Darryl, it didn't turn out so awesome.

If this contract situation sounds familiar, you're probably thinking of the story of how Bobby Bonilla landed the luckiest contract in sports history. Like Darryl, Bobby also chose to defer a portion of his Mets salary in order to have an annuity later in life. In 2001, Bobby chose to defer $5.9 million in exchange for receiving an 8% interest rate for the next decade. When it was time for his payments to start in 2011, $5.9 million had turned into $29.8 million that would then be paid over 28 years starting in 2011. That equates to $1.2 million per year starting when Bonilla was 48 years old. He basically guaranteed himself a big league salary every year for the rest of his life. Today Bobby Bonilla makes more per year from the Mets than most of the team's active players!

So what was the difference between Darryl and Bobby? At some point around 1987, Darryl decided to stop paying all of his taxes. And not just a few hundred or even a few thousand dollars. Between 1987 and 1990 Darryl underpaid his federal income taxes by $542,572. Woops.

But that's not all. As part of his 2006 divorce case from wife Charisse, Darryl was ordered to put aside a portion of his annuity payments for spousal support and communal property. Charisse wasn't ever able to collect her share of the money because by the time the check's started coming in, the IRS said NOT SO FAST!

Charisse fought for the right to collect on Darryl's money up until September 2014, but in the end a judge declared that annuity belonged to the IRS.

How Can You Get Your Hands On Darryl's Money?

The government doesn't like annuities, they prefer lump sum payments. So next month, the IRS will be auctioning off "the right to receive on-going monthly payments under the Darryl Strawberry Deferred Compensation Agreement, Addendum III to Uniform Player's Contract dated March 12, 1985." In other words, they're looking for someone who will pay them a lump sum now for the right to earn Darryl's remaining $1.28 million over the next 223 months. That works out to $5,739 a month for the next 18.5 years!

How much would you be willing to pay today to earn $1.28 million spread out over the next 18.5 years? If your answer was less than $550,000, then you're out of luck because that's the minimum bid the IRS is willing to accept. Your bid will also need to include a cashier's check for 20% down ($110,000 if you make the minimum bid) that will be cashed the moment your bid is accepted. If you default on any terms after your bid is accepted, you lose the deposit.

As you probably know, when taking into account the time value of money, $1 today is worth more to you (and the IRS) than $1 at some point in the future. $1 today can be used to buy or invest in something now instead of later. This is why lottery winners are ALWAYS advised to take the lump sum payment. By taking a lump sum, you also wont be exposed to things like inflation or the risk that lottery goes bankrupt some day.

Using what is called a "Discounted Cash Flow" (DCF) equation, we can pretty easily compute determine the "Net Present Value" (NPV) of $1.28 million today. According to the DCF I just ran, using a discount rate of 8% (roughly the annual return of S&P 500), the NPV of $1.28 million in the future is worth $674,744 today.

In other words, whoever wins Darryl's annuity shouldn't bid more than $675,000. Bidding more than that would be stupid because theoretically putting the same money in the stock market for 18 years would end up being worth more than $1.28 million without the risk of the annuity defaulting. If you think you can do better than the S&P 500 over the next 18 years, you should bid even less than $675k. If you're terrible at investing in general, maybe getting a $6000 a month annuity won't be such a bad return after all.

If you win the auction, your checks will come from Sterling Mets LP, the parent company of the NY Mets. If you are actually interested in bidding, there are only two major risks as I see it: Risk #1) You would lose out on your money if the Mets somehow go bankrupt in the next 18 years. Highly unlikely, but theoretically not impossible. And Risk #2) If at some point during the next 18 years you bump into Darryl Strawberry, you better hope he's not holding a baseball bat!