Want To Get Rich? Learn To Box Or Play Soccer! These Are The Highest Earning Athletes In The World 2015…

Growing up, every kid has the same dream. They want to be a big time football, baseball, or basketball player when they grow up. Part of the reason is that they want to be loved and adored by millions of fans like they do their heroes. The main reason is a lot less romantic – they want to make money. Not just a little money of course, but a freaking fortune.

What constitutes a fortune will differ for everyone. When former Dallas Cowboys wide receiver Michael Irvin signed his first contract for four-years at a whopping $1.875 million (first round, No. 11 pick) he thought he was on top of the world. Nowadays, guys with just a smidgen of the talent and production he had make that much, and think they are underpaid.

Football is great and so is baseball, but when it comes to making money as a professional they are the wrong sports to choose by far. Kids choose them because that is what they watch all the time and play themselves. Those two games are not where the real money is at.

The real money is in boxing and soccer. 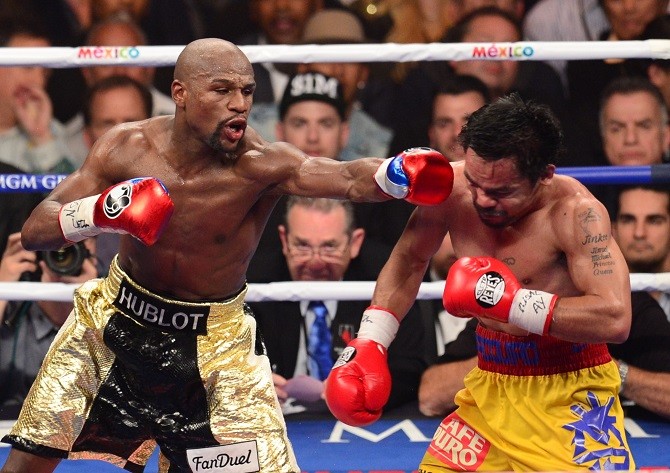 Yes, kids, when Mom and Dad told you fighting is no way to solve disputes or deal with problems they were right, but they should have added, "But if you are good at it, people will pay a ridiculous amount of money to watch you do it."

In the last year the top two highest paid athletes in the world were not in the NFL, NBA, or MLB. The honor belongs to boxers Floyd "Money" Mayweather ($300 million) and Manny Pacquiao ($160 million). The earnings came from the fight they had with each other and show exactly why there will be a rematch no matter how vehemently Mayweather tries to say there will not be one. There is no way someone nicknamed "Money" turns down another chance to earn $300 million (or more) for one night's work.

Next to the top two spots of the highest paid athletes of the year, the one takeaway parents should take note of is this; your kids do not have to abuse their bodies to make untold millions. Coming in at No. 3 and 4 are a pair of soccer players, Cristiano Ronaldo ($80 million) and Lionel Messi ($74 million). No. 5 on the list is kind of a surprise in tennis superstar Roger Federer ($67 million).

So you see kids, you can make an obscene amount of money playing a game where you don't have to spend countless hours in the gym lifting weights so you can hit harder (unless you are a boxer of course). You just need to work on your free throws, your putting, and kicking.

Oh – and your backhand.