If You Want To Own Dennis Hopper's Record Collection, You'd Better Have $150,000 Handy

By Joseph Gibson on December 6, 2016 in Articles › Celebrity News

The late, legendary actor and director Dennis Hopper, left behind an extensive and impressive body of work when he died in 2010. But he also left behind a pretty respectable record collection, with most of the expected artists you'd expect in a collection acquired by a man of Hopper's age and inclinations being represented:  The Beatles, Bob Dylan, Fleetwood Mac, Leonard Cohen, Miles Davis, Van Morrison, and so on. I know this not because I have any personal connection to Hopper's heirs, but because that collection is now going up for sale, courtesy of Hopper's daughter Marin and women's apparel retail site, Moda Operandi.

Dennis Hopper's 110-album strong record collection is being sold for $150,000, a figure which would probably make the guys from Easy Rider nearly die laughing. Incredibly, the sale isn't being carried out via silent auction or anything more elaborate than a simple listing on the Moda Operandi site, the same way a pair of shoes might be. 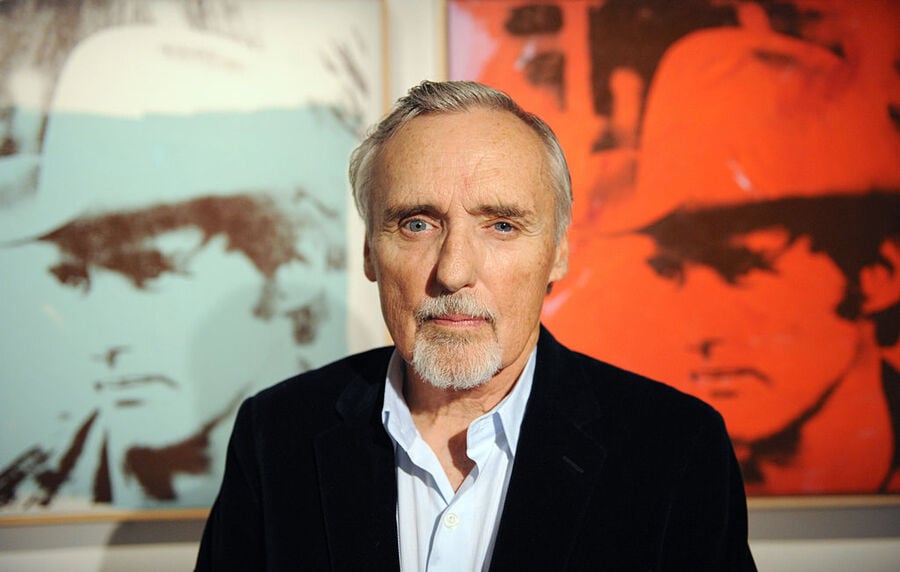 If almost $1,400 per record sounds like a steep price, even for records formerly owned (and presumably listened to) by Dennis Hopper, there are a few added bonuses to make it really worth your while. These include "handwritten notes to the actor from various artists" as well as several records that never saw general release, although specific information on the nature of these records appears to be reserved for the lucky individual who finally pulls the trigger on purchasing. And, part of the proceeds from the sale will go to The Future Heritage Fund, an organization that supports various "cultural and artistic non-profit organizations in New Mexico," so you can also breathe easy that some of the money is going to a good cause. As Hopper himself might say if he were still alive: "Go for it, maaaan!"