Wait Till You Hear How Much Floyd Mayweather Pays His Chef… PER MEAL!

If you're a frequent visitor to Celebrity Net Worth, you know that Floyd Mayweather is rich. Not just rich. Filthy stinking rich. Rich enough to afford a $61 million collection of toys. Rich enough to keep $123 million in his CHECKING account. And because he earns his money through physical fitness, it makes a lot of sense that he would spend money on a private chef. That's not a surprise at all. What might be a bit of a surprise is how much he actually pays this chef to prepare each of his four daily meals…

Floyd finally faces off against Manny Pacquiao on May 2nd in Las Vegas. That's 46 days from now. While he is training, Floyd's personal chef is on call 24 hours a day, seven days a week. For her services, Floyd is reportedly paying "Chef Q" $1000 per meal, for each of his four daily meals! 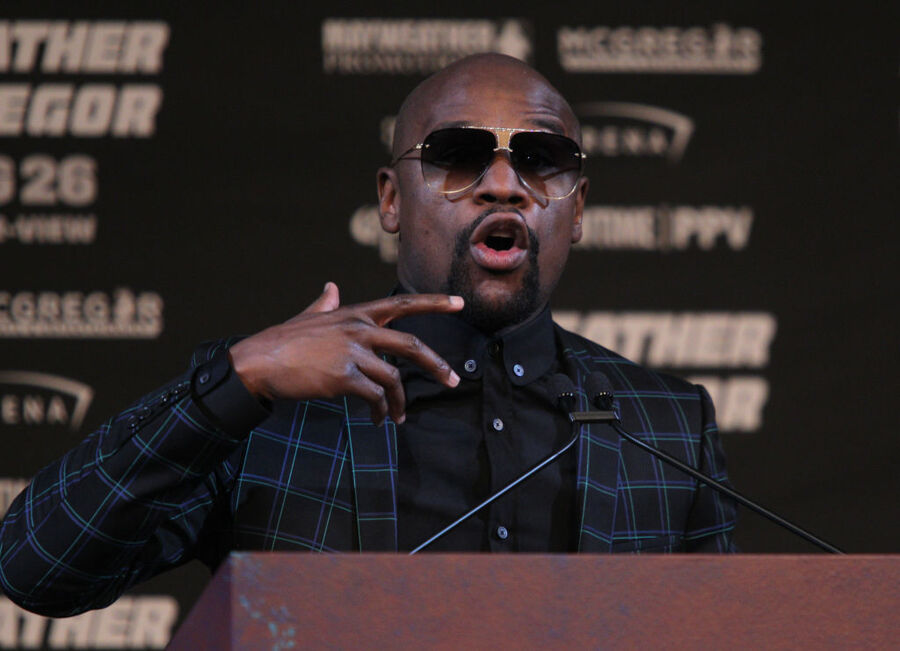 Assuming Floyd has secured Chef Q from the moment the match was announced, February 20, until the main event, that's a total of 71 days. That's 284 meals. That's $284,000 just for his chef. That doesn't include the cost of what you can only assume is A TON of very expensive and high quality groceries.

$284,000 may sound like a lot, but keep in mind that if all goes well with this fight, Floyd could potentially pull down $150 million in winnings, concessions and PPV bonuses. So $284k for good food 24 hours a day is really just a drop in the bucket.

BTW, if Floyd earns $150 million, it will bring his total career earnings since 2006 to $550 million. That's more than enough to buy every single Ferrari Enzo on the planet, and still have around $100 million leftover.

What do you think about Floyd dropping $1,000 a meal, four times a day? Worth it? I wonder how much Manny is spending…

Oh, and in case you were wondering, according to Chef Q, Floyd's favorite dish is either spaghetti or tacos. In preparation for the big fight, Floyd's diet consists mainly of proteins and almost no carbs. Lots of turkey, chicken, fish and beef, but no pork because Floyd does not like pork.