By Brian Warner on September 5, 2015 in Articles › Celebrity News

On June 7th 2014, Tracy Morgan was traveling on the New Jersey turnpike in a Mercedes passenger van on the way back from a  comedy gig in Delaware. The van was carrying seven people total, including two employees from the limo company, three comedians, and Tracy's assistant. At roughly 1 am, the van was struck from behind by a tractor trailer being operated by Wal-Mart. The crash killed Tracy's longtime friend and collaborator, James McNair, and severely injured every other passenger.

Tracy was airlifted to a hospital where he was treated for a broken nose, broken femur and several broken ribs. He was in a coma for nearly two weeks and spent more than a month at a rehabilitation facility. Even to this day, more than a year later, Tracy still walks with the assistance of a cane and requires daily speech, cognitive and physical therapy to help him recover from what also turned out to be a fairly traumatic brain injury.

One month after the accident, Tracy sued Wal-Mart for negligence. The lawsuit claimed that the driver of the truck, Kevin Roper, had been up for more than 24 hours. An investigation by the National Transportation Safety Board found that Roper had been up for a little over 14 hours, which was actually just barely within the federal legal limits for a truck driver.

Regardless of who was at fault, the accident was clearly tragic. In January 2015, Wal-Mart reached an undisclosed settlement with the family of James McNair and in May 2015 Wal-Mart settled with Tracy.

Two weeks ago, Tracy married his longtime girlfriend Megan Wollover, and just a few days ago it was revealed that Tracy and Megan had purchased a $14 million New Jersey mansion.

On Friday, fellow comedian Damon Wayans made some eye-raising Tracy-related comments during an appearance on The Breakfast Club morning show. During the interview, Damon was talking about how hard it is for comics to relate to audiences after they've made a lot of money. He then used Tracy as an example by blurting out that Tracy had received a $90 million settlement from Wal-Mart. 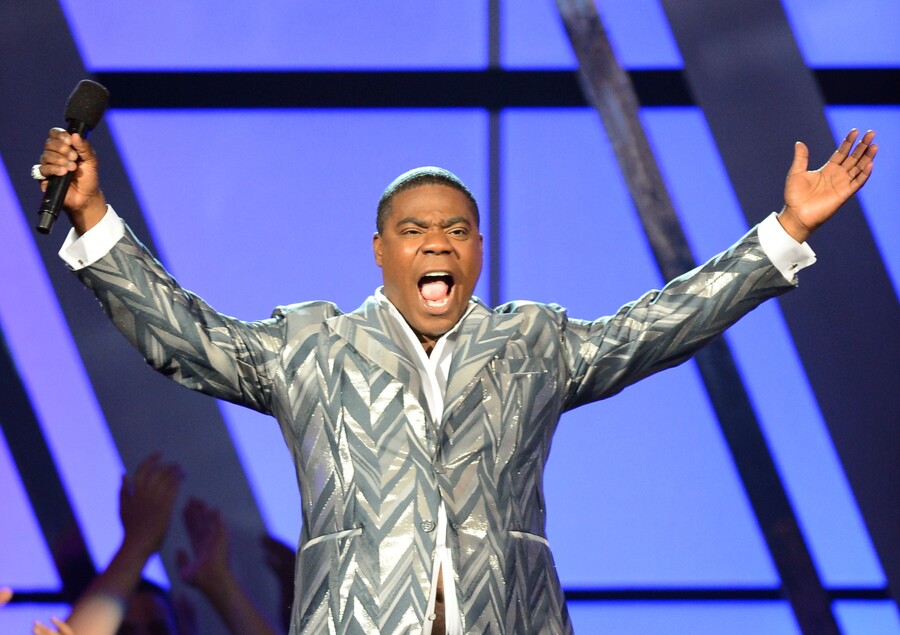 $90 million. Let that sink in. You think that's possible? Here's exactly what Damon said on The Breakfast Club:

"In comedy you have to be every man. It's like, Tracy Morgan got $90 million. So when he gets on stage, people got 90 million things on their mind besides his comedy. So it becomes hard when people put money before you because you're supposed to be representing them… You're no longer the voice of the people so it makes you resentful and a little crazy."

Damon went on to say that people are resentful of his own wealth (he's worth $35 million), and that it's going to be very difficult for Tracy now that he has $90 million. But in the end he's happy that Tracy got the money and even joked that he wouldn't mind getting hit by a Wal-Mart truck for $90 million.

Soon after the interview, Tracy's representatives put out a statement saying the claims were false and that Tracy had not seen or spoken with Damon since before the accident. But that doesn't mean the figure isn't true. One can assume that the settlement came with some pretty serious confidentiality clauses. So if the $90 million number is accurate, then Tracy's camp would have some explaining to do.

What do you think of the $90 million claim? Does Tracy deserve $90 million for being in that accident? Will that large of a settlement make him less funny and less relateable to audiences? We may find out on October 17, when Tracy hosts the season opener of Saturday Night Live…