By Joseph Gibson on November 9, 2018 in Articles › Celebrity News

Stop. Collaborate, and listen. Vanilla Ice's 1990 hit "Ice, Ice Baby" might be dismissed as a joke today, but don't be fooled. The royalties and lifestyle that one song has built for Vanilla Ice are no laughing matter. That one song has somehow enabled Vanilla to have a fairly active and relevant entertainment career today, nearly 30 years after the song was released. Furthermore, that one little bitty song is still EXTREMELY lucrative for the rapper/actor/TV host. Ice, whose legal name Rob Van Winkle, is in the midst of divorce proceedings from his wife of 21 years, Laura Van Winkle. Documents filed in their case recently exposed some fascinating insights into assets and current financial standings of Mr. Ice. These two revelations are particularly amazing:

Revelation #1: Vanilla Ice is worth a minimum $10 million. And that number might be much higher depending on the valuations of Ice's surprisingly impressive real estate portfolio. (More on that in a bit)…

Revelation #2: Vanilla Ice still dependably earns around $800,000 a year today, and more than half of that income is royalties connected to "Ice, Ice Baby".

And you know what's really really crazy? As you may recall, "Ice, Ice Baby" famously sampled (without permission) the Queen and David Bowie song "Under Pressure". That means Queen and David Bowie's estate are getting a cut of all royalties. So if Vanilla is earning $400k per year in royalties, that's AFTER everyone got their cut. So the overall cut must be huge! 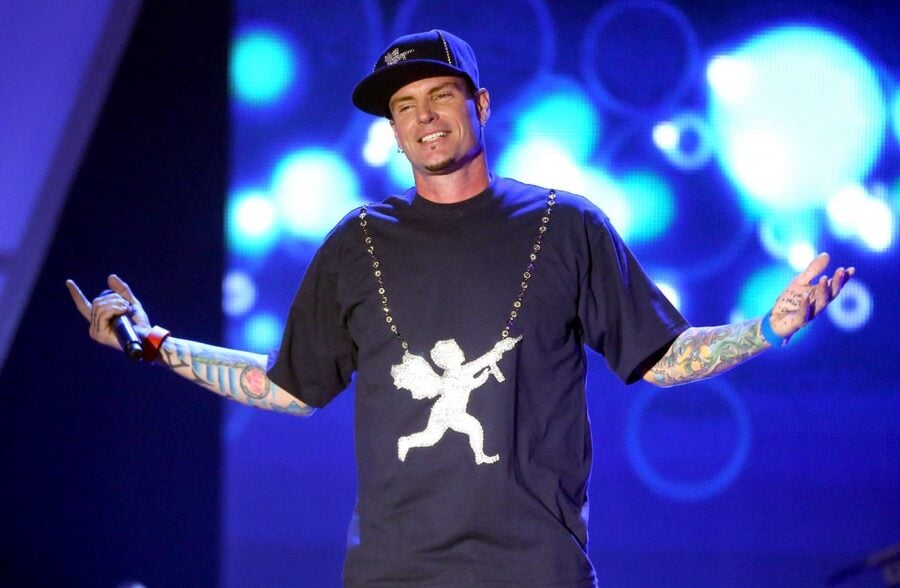 The couple's divorce proceedings are scheduled to be finalized in court in February, but in the meantime, Ice was ordered to pay his ex $10,000 a month in "temporary support," plus another $110,000 for missing payments over the last 11 months (Laura first filed for divorce in 2016). He's also on the hook for Laura's legal fees, to the tune of almost $155,000. Finally, he's on the hook for another $7,191 a month to pay for Laura's household expenses.

Ice's financial disclosures reveal that he can afford to pay that and then some without too much discomfort. He's said to own 15 real estate properties worth a minimum of $5 million. Potentially as much as $10 million. He also owns eight vehicles, a boat, and other odds and ends in addition to his substantial liquid assets. And he's not hard up for work, either, having served as the host of the DIY Network program The Vanilla Ice Project since 2009.

Before his career comeback, Vanilla Ice was effectively bankrupt following his meteoric success in the early 1990s. And in a press interview from a couple years ago when she first decided to file for divorce, Laura Van Winkle said her assistance in making that unlikely comeback possible wasn't being appreciated:

"Without me, he wouldn't have a comeback. Now he left me with no money. I mean, he was always a good provider and all, but all of our assets are in his name. He wants to control all the money."

Some kind of mutually tolerable financial arrangement will hopefully be reached by the pair in February of next year, so stay tuned.