It's not looking too good for the eight time Grammy winner Usher and his protégé – pop icon Justin Bieber. They will soon have to prove to a jury of Virginians that a popular song recorded by Bieber is original.

On Thursday, a federal court of appeals ruled in favor of two Virginia musicians, alleging copyright violation for Bieber's hit single, "Somebody to Love," from Bieber's My World 2.0 album.

Virginia musicians Devin Copeland and Mareio Overton claim that they had been in contact with representatives from Usher's camp and pitched the R&B track, which later was used by the star-studded pair and turned out as a chart-topping hit on Billboard's top 100 charts. The independent songwriters assert that they wrote the song, which appeared on Copeland's 2008 album entitled, My Story II.

Though the lawsuit was initially dismissed by Virginia Judge Arenda Allen, court officials have now granted Copeland and Overton a trial to seek at least $10 million in damages in the suit. 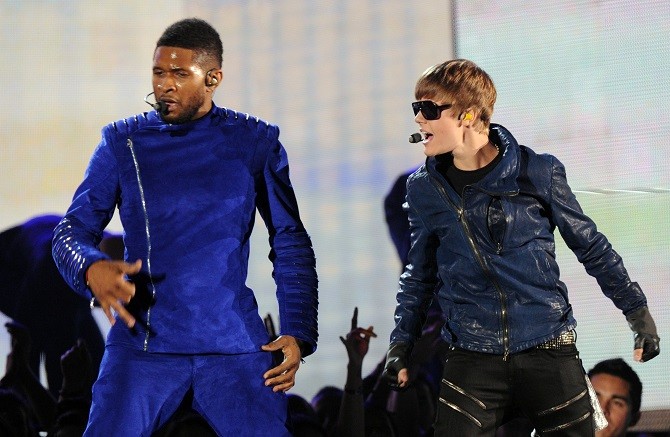 Funny thing – the federal judge also held a listening session and ruled the songs had significant differences and didn't find enough evidence for a copyright infringement case in 2014.

However, after listening to both versions of the track, a federal appeals court disagreed with the previous ruling and in fact made the opposite conclusion – the 4th U.S. Circuit Court of Appeals in Richmond, Va. voted 3-0, stating the choruses are almost identical, therefore, a jury will decide whether copyright infringement took place.

According to a report via Reuters:

"After listening to the Copeland song and the Bieber and Usher songs as wholes, we conclude that their choruses are similar enough and also significant enough that a reasonable jury could find the songs intrinsically similar," statement from Circuit Judge Pamela Harris.

Attorney Duncan Byers, representing Copeland and Overton, was obviously pleased with the judge's decision and commented on the case.

"I think it's readily apparent, to anybody that listens to the important parts of the songs, that there are those striking similarities," Byers said.

The independent Virginia duo will still have a tough time proving their case, since three judges of the U.S. Court of Appeals for the 4th Circuit conducted an in-depth assessment of Bieber's original version of the song and Usher's remix. In comparison to Copeland and Overton's original track, their analysis suggested some "striking" differences in the melody, lyrical content and song structure.

Justin/Bieber better find "Somebody to Love" from that Virginia jury, because if not, they will have to pay up! Pretend you're on the jury, and listen to both versions of the song, how would you render a verdict?