By Joseph Gibson on December 30, 2016 in Articles › Celebrity News

Unfortunately, there's a lot of money in the field of violating the privacy of celebrities and selling the results to tabloids. But it appears that even in the scuzzy world of black market celebrity photography it's possible to cross a line, as some unidentified person reportedly did in the home of severely injured Formula One racing legend Michael Schumacher.

Schumacher was in a very serious skiing accident back in 2013 that resulted in his being placed in a medically induced coma. Since then, his condition has not been a matter for public consumption, and his family has enveloped him in a strong layer of privacy – an envelope which has now reportedly been broken by some unknown person within the Schumacher household, according to various media outlets. A photo of Schumacher stricken and in bed has been priced by the offending party at £1 million, or roughly $1.3 million in American dollars to publications all over Europe. Here's Schumacher's manager in a statement about the photo:

"Michael's health is not a public issue, and so we will continue to make no comment in that regard. We have to protect his intimate sphere. Legally seen and in the longer term, every statement related to his health would diminish the extent of his intimate sphere."

Prosecutors in Germany consider the photograph to be a violation of Schumacher's "personal range of life" and are investigating to find out how the photo was taken from his home in Geneva and who is responsible. 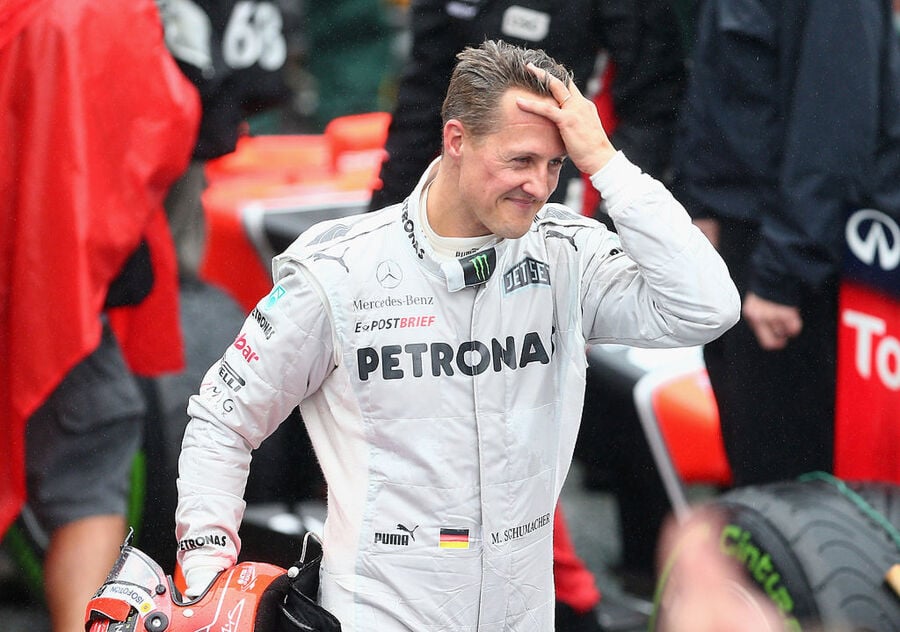 For now, it appears that the photo has not made it to the public.  Schumacher's public dignity is intact, and the photo's associated money-making scheme has failed.