On December 1st, UK boxer Tyson Fury fought WBC champion Deontay Wilder to a split draw after 12 rounds. The fight was by all accounts hard fought and extremely dramatic, and Fury's performance was all the more impressive thanks to his heroic pre-fight pledge to donate his entire seven figure purse of more than $10.1 million – the biggest payday of his career – to the causes of poverty and homelessness.

As he explained to the Irish Times a few days before the fight, he doesn't consider the accumulation of wealth to be among his top priorities as a pro athlete:

"I'm going to give it to the poor and I'm going to build homes for the homeless… I don't really have much use for it, I'm not interested in becoming a millionaire or a billionaire. I'm a boxer not a businessman and I'll probably go down the same route as every other boxer — skint at the end of it all. You can't take it with you so I might as well do something with it and help out people who can't help themselves." 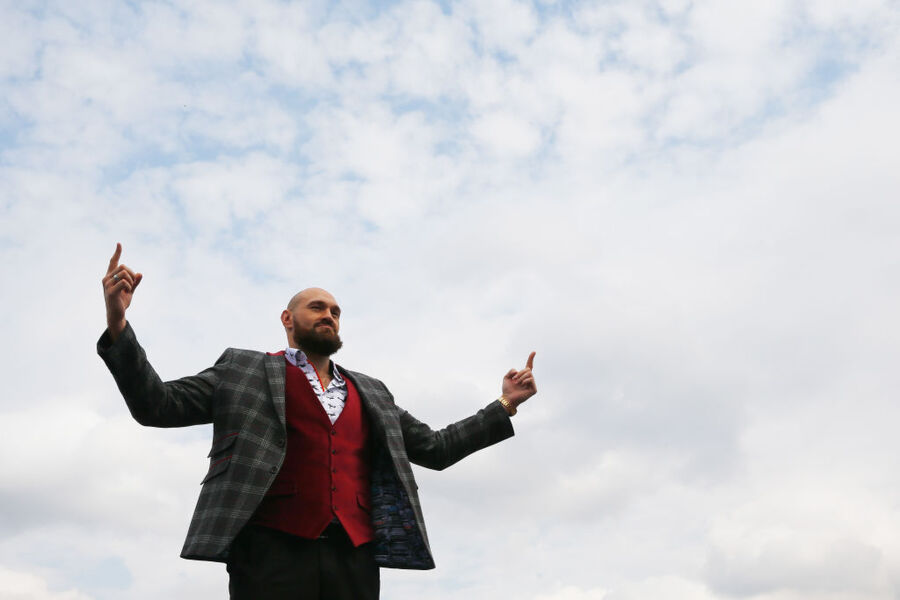 Fury also said that he had his kids in mind when he made the decision to give away his biggest boxing paycheck, saying he believes "all kids should make their own money in life because if they don't, they won't appreciate it." He goes on:

"It's easy to spend someone else's money and the money I've earned is practically blood money. My kids have to make their own living and make their own way in life; they won't be living off my name or reputation because that's too easy a route… You see many of these rich people's kids doing nothing because they had it too easy. I never had it easy, I had to work for whatever I got. I was working from very young, everything I wanted in life I had to work for."

Fury alludes to his well known issues with addiction and depression, which combined to force him out of the ring for almost three years leading up to the Wilder bout. Fury says he was always planning to donate the purse, but that his recent experiences in Los Angeles gave him extra motivation to follow through:

"I was always going to do it but being here (in California) gives me that extra push to go and do it even more. It has really opened my eyes to a lot of things and I'm leaving as a better person. There are a lot of homeless people on the streets here, more than I've ever seen ever in my life. I'm staying in downtown LA but if you go five minutes down the road there's like – I don't know – thousands of homeless people."

Fury hasn't gone into detail on how exactly he's going to spend his money yet, or which organizations he plans to donate to. But hopefully the specifics on his donation will come to light in the near future.