By Joseph Gibson on September 1, 2019 in Articles › Celebrity News

It would have sounded like a joke only a few short years ago, but it is very real today: The world's most famous professional gamer has signed a multi-year apparel deal with Adidas. Tyler "Ninja" Blevins, the gamer best known for playing Fortnite, recently announced the partnership from both his Twitter and YouTube accounts.

In the description for the video announcing Ninja's Adidas partnership, he had this to say about what it represents for his career:

Never let anyone tell you that you can't catch your dreams. Choose your path. Put the TIME IN.

"I'm humbled, and excited, to officially announce my partnership with Adidas." 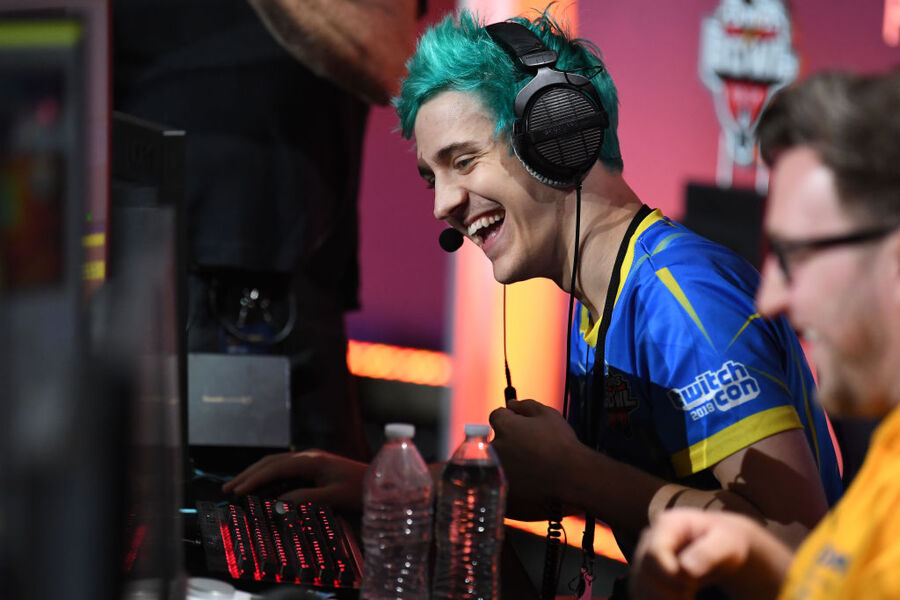 "TIME IN," as you probably already figured out, is the promotional tagline for Ninja's Adidas line of products. But what isn't clear at this point is what those products will actually be, but the assumption is that it will be something like a line of sneakers and apparel that will attempt to appeal to hardcore gamers. Another goal of the collaboration, according to a press statement from Adidas, is to create products that will be available "in either the physical or virtual world."

Another unknown factor here is exactly how much Ninja is getting paid for this endeavor, but it's almost certainly a bundle. He's already bringing in a ton of money as a professional video game streamer, and he's reportedly been paid as much as $1 million by various video game publishers to stream their new games. He also recently signed an exclusive contract with Microsoft's video game live-streaming platform Mixer, which pulled him from his former home at Twitch, where he had amassed more than 14 million followers. He doesn't have that many on his relatively new Mixer account, but he reportedly got up to almost 2 million in less than a month's time. As if all this weren't enough, he's got a graphic novel and three-book deal in the works as well.