Tyga Is Suing Cash Money Records For $10M Over Royalties

By Joseph Gibson on August 31, 2018 in Articles › Celebrity News

Another music industry artist is taking to the courts to settle a dispute over royalties. Or maybe that should be "disputes" in this case, as TMZ and other outlets are reporting that rapper Tyga is suing both Cash Money Records and its sub-label Young Money Entertainment over unpaid royalties – and that he wants "no less than" $10 million in damages in order to be satisfied.

Tyga says that in 2009, he signed a deal to produce two albums for Young Money. Those two records, Hotel California and Careless World: Rise of the Last King were both financially successful, but Tyga says he was shorted by Young Money and its founder Lil Wayne by "significant sums."

Then, Tyga says, a new agreement was signed with Young Money and Cash Money to get him squared away and pay off the royalties he's owed, but since then the labels have continually refused to pay him anything. So he's turning to the option of trying to settle the matter in court. 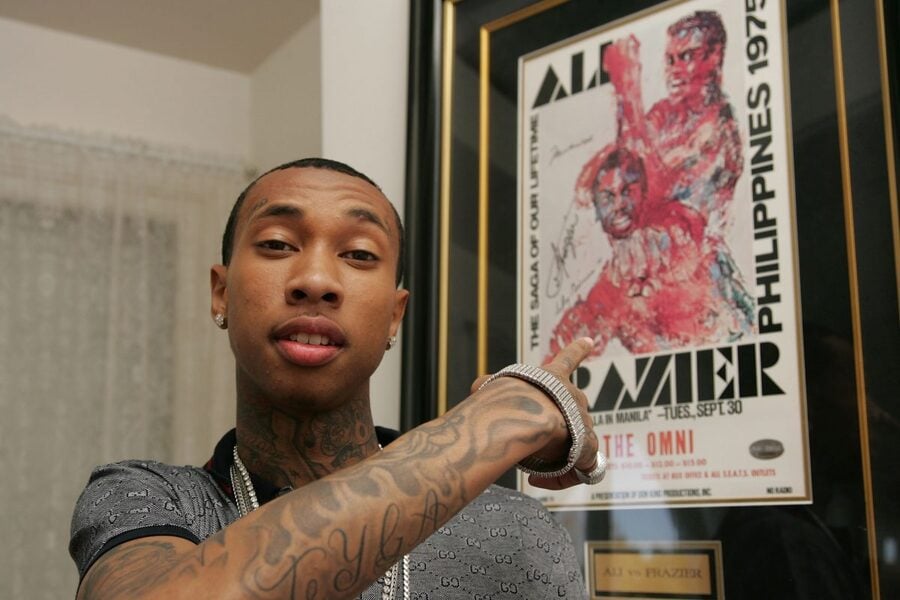 At first it was reported that Tyga was looking for a million dollars in damages, but somewhere along the line that figure got increased significantly, along with a clarification on Tyga's motives for suing over these royalties:

"A source close to Tyga wants to make it clear … this is solely a business feud, nothing personal with Wayne. He's also amended his complaint and is asking for no less than $10 mil."

Young Money Entertainment was founded by Lil Wayne as an imprint of Cash Money Records, which was itself founded by Bryan Williams (aka Birdman) and Ronald "Slim" Williams. As of this writing, neither Wayne, Birdman, or anyone else associated with the record labels have released any kind of statement or acknowledgement of the lawsuit for themselves, but stay tuned – some kind of response is almost certainly forthcoming.