Tyga Is Being Evicted From $4.8 Million Rented Mansion And Repo-Men Are Reportedly Looking For His G-Wagon

By Joseph Gibson on February 26, 2016 in Articles › Celebrity News

Rich and famous celebrities don't generally have to include "eviction" on their list of things to worry about, but rapper Tyga seems to be stuck in a pattern of getting evicted from expensive rental properties. Several months ago, he got sued for his former landlord over substantial amounts of back rent, and now he's getting evicted from his $4.8 million digs for failing to pay rent once again according to a story in Page Six.

Tyga's net worth is estimated to be in the neighborhood of $2 million, so he's by no means poor, but possibly not at the level where moving into a $17,000-a-month mansion is a great idea. Luckily for him, he has plenty of experience moving in and out of new places in relatively short order, as it's become something of a trademark for him. Last summer, he was ordered by a judge to cough up seventy grand in unpaid back rent, and a few months before that, he was ordered to pay another landlord $80,000 – it's all evidently part of life for Tyga. It's also not the rapper's only financial woe at the moment, since TMZ reports that the 2013 G-Wagon he gave to Kylie Jenner (she's denied it was for her birthday) is being targeted for repossession after he failed to make any payments on it since October, AND he's also been hit with a tax liens totaling $120,000 in back taxes. 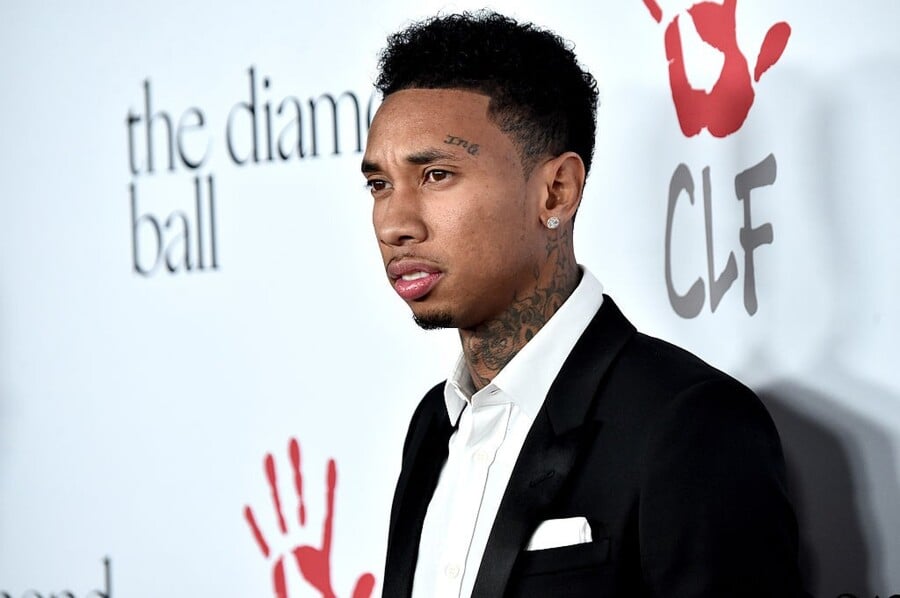 The news of Tyga's eviction from his six-bedroom, six-bathroom place in the Hollywood Hills comes as he's getting simultaneous attention for a Grammy party he was performing at last weekend. Beatles legend Paul McCartney tried to get in (for some reason), but he was turned away at the door. Tyga has since explained that he wasn't in control of who got in, and that had he known McCartney was there, he would have happily extended him an invitation.

Tyga's only been living in the mansion in question since December, so he must have been seriously delinquent in his monthly rent payments since then for an "unlawful detainer notice" to have been posted last weekend, as, coincidentally, the McCartney business was going on at the same time. If he doesn't make some arrangement with his current (and probably soon to be former) landlord, he may find himself in court once again over back rent. Maybe you should move into a studio apartment or something similar next time, Tyga.