Two Years Ago Eike Batista Was Worth $35 Billion. Today His Fortune Is Gone And He's On Trial For His Life

By Brian Warner on November 18, 2014 in Articles › Celebrity News

You may have noticed that we post a lot of articles on Celebrity Net Worth about people who have earned billion dollar fortunes. We hope that you find these stories inspirational in your own quest to make a huge fortune some day! In fact, we even recently changed our slogan from "What's your favorite star got in the bank?" to "The website future billionaires read every day." You like? Anyways, to be balanced we periodically post cautionary tales about people who have lost billion dollar fortunes. Former Brazilian billionaire Eike Batista is the ultimate personification of a cautionary tale.

In December 2010, 60 Minutes did a 13-minute glowing profile of Eike Batista. Eike was on top of the world with a Playboy model wife, an amazing mansion, dozens of exotic cars, and three private jets. At the time, he had a personal fortune of $27 billion and during the segment, Eike bragged that his wealth would soon surpass both Bill Gates and Carlos Slim. Two months later, he told Businessweek that his net worth would top $100 billion in less than 10 years. This wasn't a terribly unbelievable prediction when you consider the fact that one year before the 60 minutes segment, Eike was worth $8 billion. Two years after the segment, in August 2012, Eike's net worth had climbed to $35 billion, making him the 7th richest person in the world. Brazilian President Dilma Rouseff dubbed Mr. Batista "The Pride of Brazil".

Unfortunately, August 2012 turned out the be the absolute peak of Eike Batista's personal wealth. 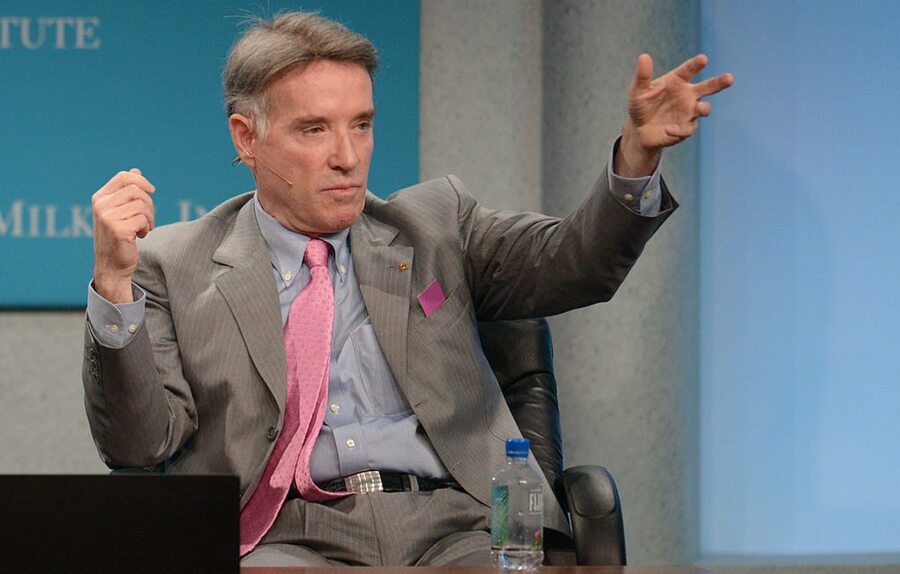 How He Made His Fortune

Eike's father was the Minister of Mines and Energy for a state-owned conglomerate. Growing up, the family lived all over Europe as his father was promoted to new positions in Switzerland, Germany, then Belgium. After the family returned to Brazil, the 22 year old Batista stayed in Europe and took a job as a door to door insurance salesman. When he was 23, Eike moved back to Brazil to launch a gold trading company called Autram Aurem. Using his dad's connections in the mining and commodities industries, in the first year of operation Autram Aurem earned $6 million.

Over the next 20 years, he went on to launch five new companies that specialized in mining gold, silver, natural gas, petroleum and various other commodities. The companies were controlled by Eike's umbrella firm, EBX Group. The crown jewel of EBX was an oil and natural gas company called OGX.

His wealth began to soar in the mid-90s, thanks to booming markets in commodities, real estate, entertainment, tourism and hospitality in Brazil. Pretty soon, Mr. Batista found himself sitting on a bonafide 10 figure bank account. Unfortunately, as his company was booming, Eike broke a cardinal rule of business: He personally guaranteed bank loans. This would come back to bite him in the butt.

How He Lost His Fortune

You know how we previously mentioned that August 2012 was the peak of his Eike's net worth? August 2012 also turned out to be the absolute peak of the worldwide commodities market. The biggest blow to his empire occurred within his oil company OGX. Between August 2012 and August 2013, OGX went from producing 750,000 barrels per day to 15,000. The collapse of mineral prices equally obliterated Batista's remaining four companies. To exacerbate the problem, Eike personally guaranteed $3.5 billion worth of corporate loans when times were good. So not only was his empire collapsing, but nearly a dozen creditors began to circle like vultures. OGX eventually filed for bankruptcy. It is the largest bankruptcy in the history of Latin America.

That's still a nice fortune, but the bad times were just getting started. Pretty soon, his Playboy model wife walked out. He was forced to sell cars, mansions, a $19 million racing yacht and THREE private jets in order to satisfy bank loans. He was even forced to sell his prized Mercedes that he famously started parking in the living room after the Playboy wife moved out.

Starting tomorrow, Eike will face insider-trading charges in a Brazilian court. It's one of the most high profile corporate fraud cases in the history of Brazil. Traditionally, any time a wealthy white collar criminal has faced similar charges in Brazil, their lawyers have been able to push the case off indefinitely with a series of endless appeals. This tactic did not work for Eike.

The heart of the insider-trading charges rest on the question of WHEN Eike knew that OGX's oil fields were a gigantic bust. There were some early suspicions that OGX's fields were coming up empty, but Eike defended the company publicly for years. He even offered to personally give $1 billion of his own money to keep the company stable during the rocky times.

At the same time, Brazilian prosecutors allege that Eike began selling his own shares in OGX. He also began transferring ownership in several properties into his children's names. He even backed away from his promise to hand over $1 billion to keep the company afloat, claiming corporate rules prevented him from doing so. He claims the transfer in property was all part of natural estate planning.

So was Eike ignorant of OBX's troubles and just selling shares to be conservative? OR was he aware that OGX was circling the drain and therefore scrambled to dump the stock before the general public found out?

Despite all this bad news, Eike is still vowing to make a big comeback some day. Whether or not he can avoid being put in the slammer AND earn back any of his former glory remains to be seen.

If he is convicted, the 58 year old faces 13 years in jail and massive fines that will almost certainly wipe out the remainder of his fortune.