By Brian Warner on June 6, 2015 in Articles › Celebrity News

Two hours ago, American Pharoah became the 12th horse in history to win the coveted Triple Crown. That's when a horse wins the Kentucky Derby, Preakness Stakes and Belmont Stakes all in the same year.  Since the inception of the Triple Crown concept, there have been 4,144 entrants vying for the glory. Of those 4,144 entrants, only 289 horses have been lucky enough to win a single leg of the Triple Crown. A scant 52 horses have won two legs of the crown. As we mentioned previously, only 12 horses in history have successfully pulled off the complete Triple Crown. American Pharoah is the first horse to pull it off in 37 years. That's the longest gap between winners by a long shot.

With the win, American Pharoah earned his owner Ahmed Zayat $800,000 in prize money and an estimated $1 million in sponsor bonuses. Pharoah's all time total prize winnings are now $4 million. And while $4-5 million in prizes and bonuses is definitely nice, it's peanuts compared to the massive fortune Mr. Zayat is about to make from selling Pharoah's stud rights. Pretty awesome, right? Well, would you believe that Ahmed Zayat almost sold American Pharoah back in 2013 for… $300k?!?! Thank God that didn't happen. 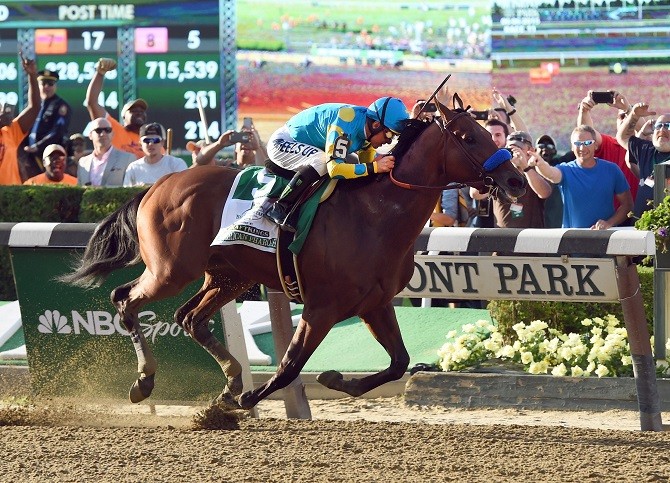 American Pharoah was foaled (born) on February 2nd, 2012 at a farm near Winchester, Kentucky. His mother was Littleprincessemma and his father was Yankee Gentleman.

In 2013, Ahmed Zayat was facing some serious financial issues. Zayat stables had filed for bankruptcy protection in 2010. In court proceedings it was soon revealed that in just two years between 2006 and 2008, Mr. Zayat had spent $52 million on the stables with little to no return. Furthermore, Zayat was a well-known gambler who had hundreds of thousands of dollars worth of debts owed to casinos all over the world.

At the urging of his accountants, in August 2013 Ahmed Zayat decided to put the one-year-old American Pharoah up for sale. The horse was consigned to an auction house and put up for bid. Only one bid came in and it was from a breeding farm named Ingordo Bloodstock. 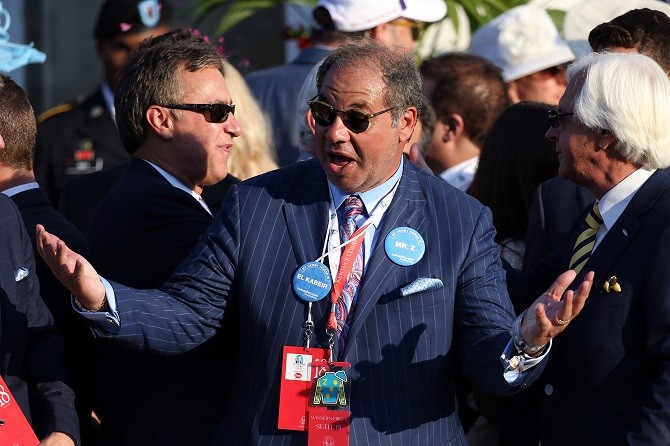 As it turns out, Ingordo Bloodstock was working with Ahmed Zayat. Ahmed wanted $1 million for American Pharoah and when no bids came in, he put up the minimum offer and essentially bought the horse for himself through a third party.

After the auction, American Pharoah was sent to train with Bob Baffert (the guy with white hair who you see at every major horse race). Pharoah spent two years training with Baffert and was entered in his first major race on August 9, 2014 at the Del Mar track in California. He finished 5th.

After Del Mar, American Pharoah started in just seven more races total. He won them all. The last three wins were the Kentucky Derby, the Preakness Stakes and the Belmont Stakes.

Prior to winning the Belmont, multiple bidders offered Ahmed Zayat $20+ million for American Pharoah's stud rights. Zayat was initially going to hold off until after the Belmont to make a final decision, but he eventually ended up selling the rights to Ireland's Coolmore Farms for a reported $30 million. By winning the Belmont, Zayat will earn "substantially more" in the form of bonuses and incentives from the Coolmore contract. Some insiders believe that the final price paid for American Pharoah's stud rights will end up being closer to $40 million.

And here's the best part! Ahmed Zayat only sold 75% of American Pharoah's breeding rights! He still owns 25% of whatever money the horse ends up earning over its lifetime. That 25% could end up being an additional small fortune. Millions, perhaps tens of millions for many years to come. And to think, he almost gave it all away for $300k!