By Joseph Gibson on August 8, 2017 in Articles › Celebrity News

Part of the dream of becoming an NFL star (or a professional athlete in any big league sport, really), is going to a nightclub and run up an insane tab. Unfortunately for two NFL players, this dream took an unpleasant and probably embarrassing turn, when it came time for them to pay their nearly $10,000 check – and both of their credit cards were reportedly declined.

TMZ Sports reports that a man named Richard Harrington was invited to party with A'Shawn Robinson of the Detroit Lions, and Caleb Benenoch of the Tampa Bay Buccaneers, at a club called Hyde on the Sunset Strip in Los Angeles. Both players were drafted to their respective teams in 2016 and signed multi-million-dollar four-year contracts, but according to Harrington the $9,332 was beyond either of their credit limits, so they asked him to pay, with the promise they would pay him back. Harrington says they each later sent him two grand, but that comes to less than half of the total bill, and now Harrington is suing. 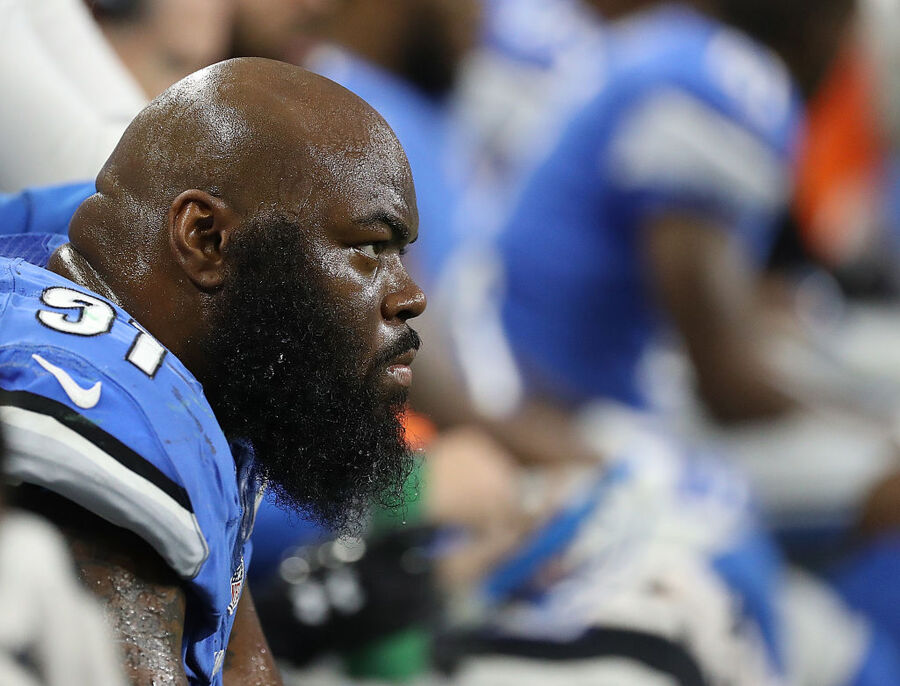 According to the lawsuit, Robinson (pictured above) and Benenoch, whose recently signed contracts are worth $5.2 million and $2.59 million, respectively, still owe Harrington $5,332, which they "refuse" to pay. Neither player nor any of their representatives have commented on the story yet, but hopefully they'll at least make a call to their credit card companies to make sure this doesn't happen again – it's always humiliating to have a credit card declined out in public.