The specific figure Carlson has gotten isn't known, but the literary agency representing him, Javelin, told the AP that it's in the "eight figures" for two books of an as-yet-unspecified nature – they'll probably be non-fiction, though, unless Carlson decides to go in another direction and write a couple of mystery novels about a bow-tied political pundit who solves mysteries that baffle the police. That comes to at least $5 million per book, and allows Carlson to join ranks with other conservative political figures and authors like Dick Cheney and Donald Trump, both of whom have had books published by Threshold, a conservative imprint owned by Simon & Schuster. In a statement, Carlson paid special attention to this aspect of the deal: "I have long admired the Threshold list and am proud to be published alongside so many of my favorite authors," he said. 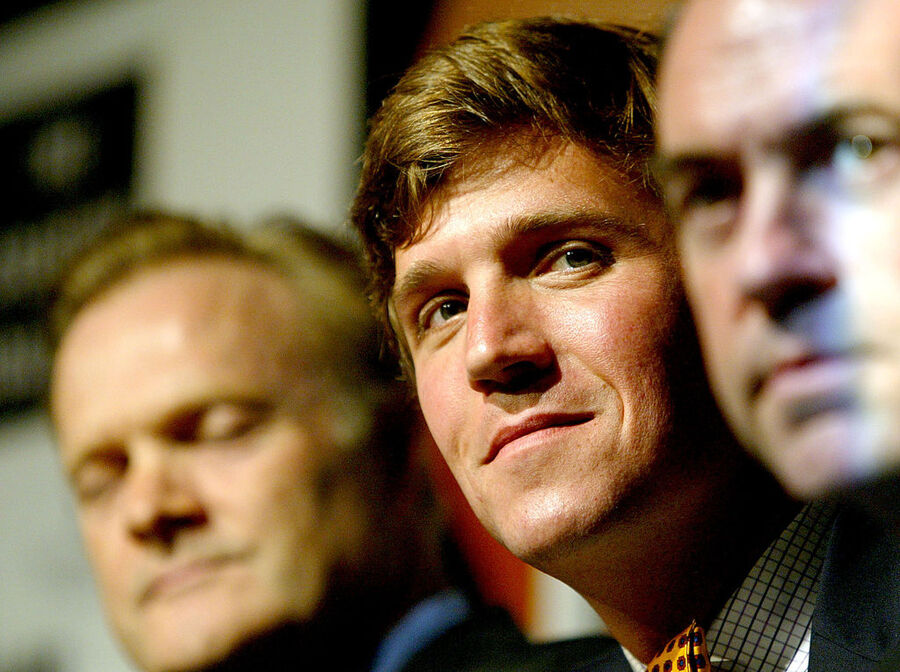 No other details about Carlson's Threshold Editions deal or the books that will eventually come out of it are yet known, but they will come at a propitious time for everyone involved, as Carlson enjoys good ratings in his new prime-time weeknight slot at Fox News.