NFL legend Troy Aikman went through a divorce back in April, but it appears to be closer to the "harmonious" side of the spectrum than many celebrity divorces. Still, it has ended up costing him the tidy sum of $1.75 million, which he reportedly paid to his ex-wife as a part of their property divorce agreement. 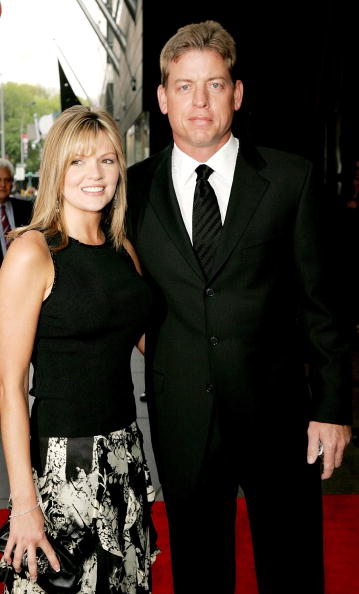 Troy and Rhonda Aikman split months ago after ten years of marriage. What isn't known is if Aikman owes anything else to his ex-wife or if he's made any other payments in addition to this one. What is certain as that despite $1.75 million being a pretty large sum, Troy Aikman is far from being in dire financial straits with a reported net worth of $25 million. The lesson here is that it's easy to settle your divorce-related debts if you've got a bunch of money in the bank.

And since Aikman's legendary NFL career with the Dallas Cowboys, Aikman has kept busy with lots of lucrative opportunities. He's been a color commentator for NFL games with the Fox network since 2001, in addition to his being inducted into both the Pro Football Hall of Fame and the College Hall of Fame. Additionally lucrative has been Aikman's endorsement deal with Rent-a-Center. This deal has, among other things, the NFL star appearing in radio and television ads along with professional wrestling icon Hulk Hogan.

Not just content to earn money with his celebrity status, Aikman has also lent his time, money, and likeness to various charitable organizations. The most prominent of these has been the Troy Aikman Foundation, which works to provide funding for children's hospitals. In 2010, he also joined the Board of Directors of the National Football Foundation, which supports amateur football among youth all over the United States. So, paying up under $2 million in a divorce wasn't such a big deal for Aikman.