If you've ever watched an episode of A&E's Storage Wars then you are probably familiar with Dave Hester's signature catchphrase "Yuuup!" Hester uses the phrase whenever he wants to up the price on an auction. He often waits to the very last second of an auction then loudly yells "Yuuup!", much to the annoyance of fellow Storage Warriors Barry Weiss, Darrell Sheets, Jarrod Shulz and Brandi Passente. Unfortunately, his Storage Wars cast mates aren't the only people annoyed when Hester yells "Yuuup!" on TV. Turns out rapper/producer Trey Songz is so upset that he is actually suing Dave over the trademark rights. Keep reading to hear for yourself what the scuffle is all about… 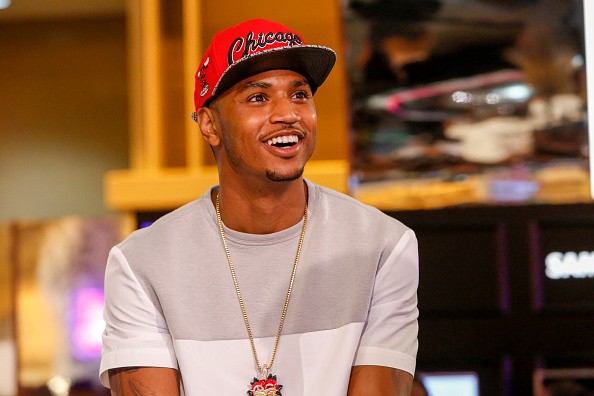 Trey Songz filed his lawsuit after learning that Dave Hester had been granted a trademark for the phrase. Hester's trademark would make it illegal for anyone else to use the phrase for commercial purposes including on merchandise or on a musical record. The problem is that Trey Songz also uses the phrase "Yuuup!" on his albums going as far back as 2009 but he never applied for a trademark!

Hester has counter-sued claiming that not only did Trey forget to apply for a trademark, but the rapper's version of Yuuup! sounds different. Hester's lawyers state that Songz's version is different in that it "resembles an animal-like or nonhuman squeal which begins with a distinct 'yeeee' sound before finishing with a squeal-like 'uuuup' sound, and is distinct and different from Hester's more monosyllabic-sounding guttural auction bidding phrase."

Since receiving the trademark, Dave has begun selling Yuuup! merchandise and he is almost permanently wearing a hat and shirt embroidered with the phrase. If the popularity of Storage Wars continues to grow, the merchandise rights could be worth a significant sum of money but even more worrisome for Trey Songz, would be if the rapper was prevented from saying Yuuup! in all future albums and concerts. We've isolated clips of the way Trey and Dave both say Yuuup! in this clip.

What do you think should happen in this lawsuit? Do you think someone should be able to trademark a catchphrase like that?