By Joseph Gibson on May 7, 2020 in Articles › Celebrity News

Like a lot of talk show hosts these days, Trevor Noah of Comedy Central's The Daily Show has been broadcasting from home, starring in what's now called The Daily Social Distancing Show With Trevor Noah. But just because the show has a slightly different name doesn't mean the crewmembers who are no longer able to work on the show in its new form are stuck without pay, since Variety reports that Noah is covering their salaries personally.

"These are the people who have been on the show with Trevor from day one and help him put on the show…Trevor is personally covering their salaries until the production business opens again. He respects his crew tremendously and feels it's only right that they get thru this together." 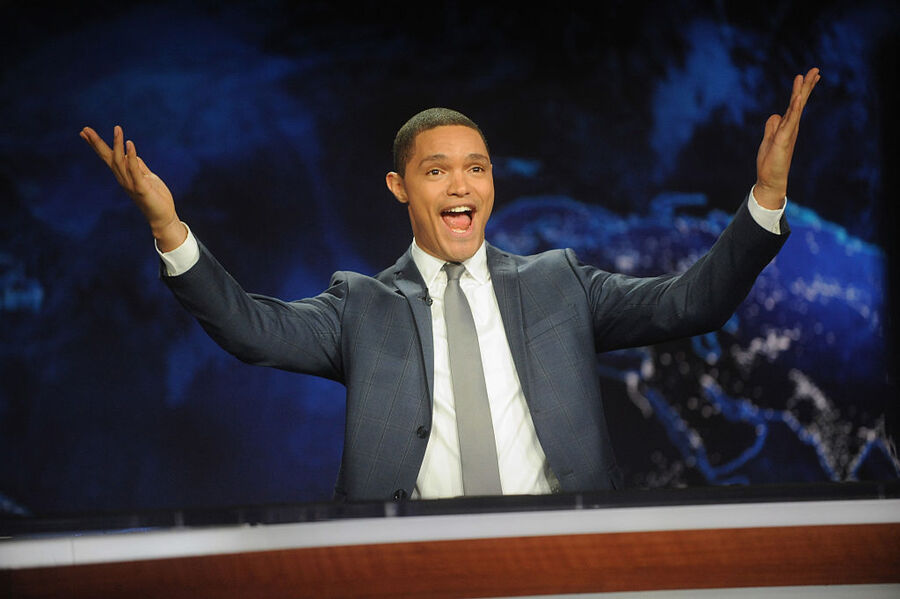 Not all of The Daily Show staff are out of work, of course, since writers, producers, and "some production staff" are able to do their jobs remotely. But Noah is stepping up to cover the salaries of those 25 workers – like camera and sound technicians, stage managers, and so on – who aren't able to work on the new remote version of the show.

The Daily Show is currently doing quite well in its quarantined incarnation, and Comedy Central recently announced that the normally half-hour show will be expanding to a 45-minute timeslot.