By Joseph Gibson on March 3, 2016 in Articles › Celebrity News

Blink 182 drummer Travis Barker is harder up than his reputation as one of the richest drummers in rock might lead you to believe, according to recent documents filed by Barker requesting his child support arrangement with ex-wife, Shanna Moakler, be adjusted for his new, lesser income (as well as a bunch of other factors).

Barker says he was earning $2 million a year back when the current child support deal was struck, but now he's taking in more like $600,000, a figure his income didn't break last year. He's also unhappy with the way he says Shanna Moakler is spending his $18,000 a month in child support, claiming she's spending much of the money on herself, rather than her kids, while they're allegedly sent to school without lunch. It gets worse – according to TMZ, the docs also include accusations that Barker and Moaker's 12-year-old son was "roaming around" Calabasas, CA with a 15-year-old girl, while Moaker didn't know where he was. Drug and gun accusations are also found in the documents, although Barker reportedly isn't specific about the exact nature of the drugs and guns allegedly in the same house that the former couple's kids are currently living. 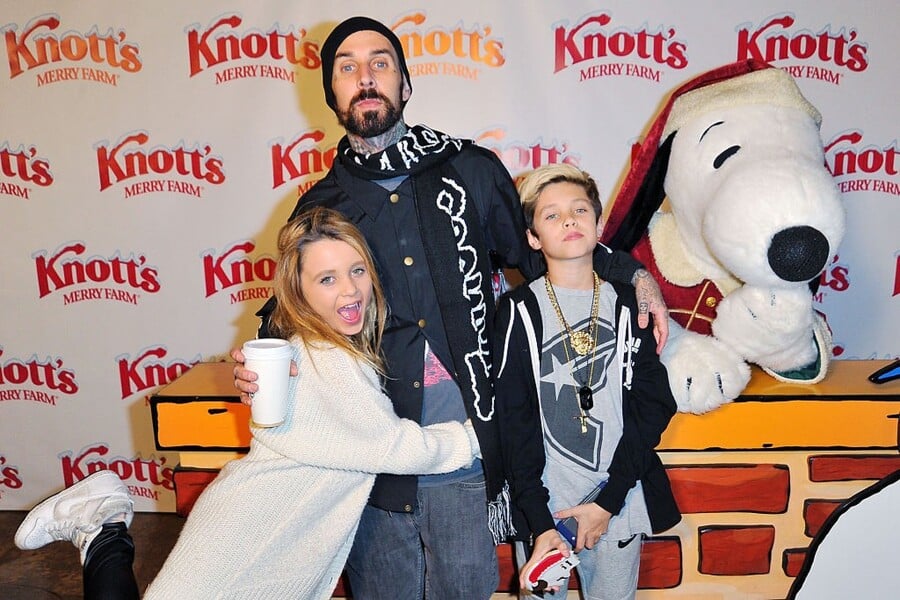 He is specific about his financial concerns, requesting that his $18,000 monthly child support hook be reduced to as low as $2,900, and that his net worth isn't as robust as it used to be – he's not claiming abject poverty, though, admitting to having almost $37 million in assets to his name (for comparison's sake, his net worth as determined by CNW is $45 million).

As for Shanna Moakler, the TMZ story quotes an anonymous source saying she's "devastated" by Barker's filing, characterizing it as an attempt to "financially destroy" her. Hopefully for the kids' sake another mutually acceptable arrangement will be agreed upon between the two fairly soon.