Tony Robbins' Secret To Wealth Is All About Perspective

By Joseph Gibson on November 29, 2015 in Articles › Celebrity News

Most people interested in what a motivational speaker like Tony Robbins has to say are, at least on some level, hoping they can make a little (or a lot of) green from whatever it is. Consequently, the guy gets asked about money a lot and the questions don't tend to concern small quantities. On a recent episode of The School of Greatness, Robbins laid out his whole philosophy with regards to wealth, and it can be summed up in one simple word: "Gratitude."

Of course, that's easy for him to say – Tony Robbins is worth about half a BILLION dollars, and that can buy an awful lot of gratitude. But Robbins went into greater detail about what he called his "secret to wealth," a secret which he says he got from legendary investor John Templeton. Robbins asked Templeton what his secret to wealth was, and he responded You know it. You teach it. It's gratitude." Robbins' followup question was answered thus, as per his retelling on the podcast: 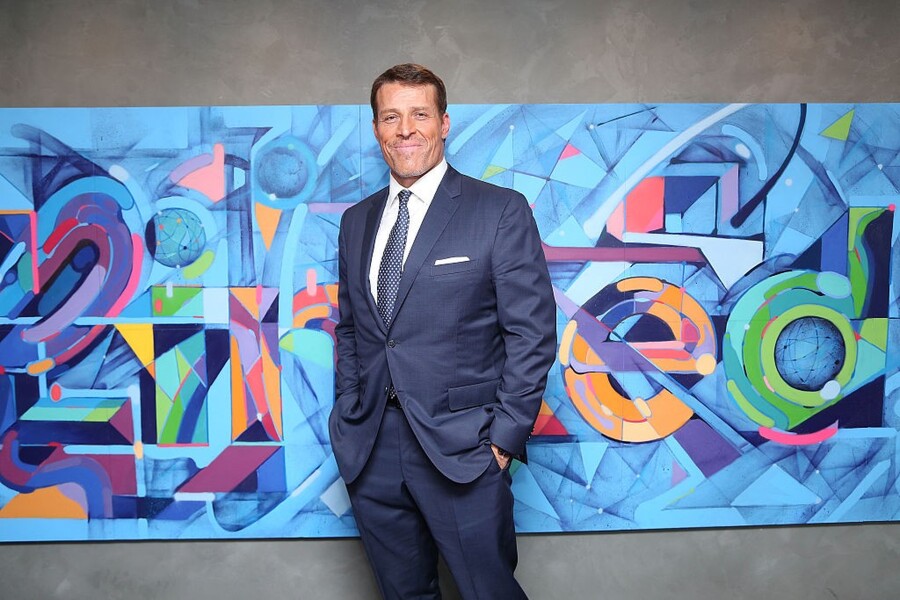 It's a much less pragmatic secret to wealth than the one Robbins' talked about getting from Warren Buffett on the same podcast, which had to do with living long and compound interest. But it might be a more useful secret, especially for those of us who don't have Buffett-level sums in our bank accounts to collect that interest – no matter how much or how little money one has, everyone could stand to be a little more grateful.