By Joseph Gibson on November 10, 2022 in Articles › Celebrity News

Tom Brady is not having a great year. His season with the Bucs has been a flop. The team is currently 4 and 5. That's 4 wins and 5 losses. In the last few months he separated from then divorced Gisele Bündchen. He's had to split up what was a really impressive property portfolio, including a mid-construction mansion on one of the most exclusive islands in Florida… And just when he thought it couldn't get any worse, Tom is very likely taking a cold wet bath on a splashy strategic investment in the cryptocurrency exchange FTX.

As first reported by Coindesk, back in June of 2021, Brady and Gisele announced an endorsement partnership with FTX. On the day they announced the partnership, FTX's proprietary token "FTT" was trading at around $25. This will be important in a moment.

The partnership wasn't your standard celebrity endorsement, like when a brand pays an athlete or model a ton of US dollars, either through a physical check or electronic bank wire, to promote their product.

In exchange for becoming FTX's official brand ambassador and agreeing to appear in the company's commercials with Gisele, Brady reportedly took a big portion of his payment in the form of equity in FTX.

At the time, Brady said this on the partnership:

"It's an incredibly exciting time in the crypto-world, and Sam and the revolutionary FTX team continue to open my eyes to the endless possibilities…This particular opportunity showed us the importance of educating people about the power of crypto while simultaneously giving back to our communities and planet." 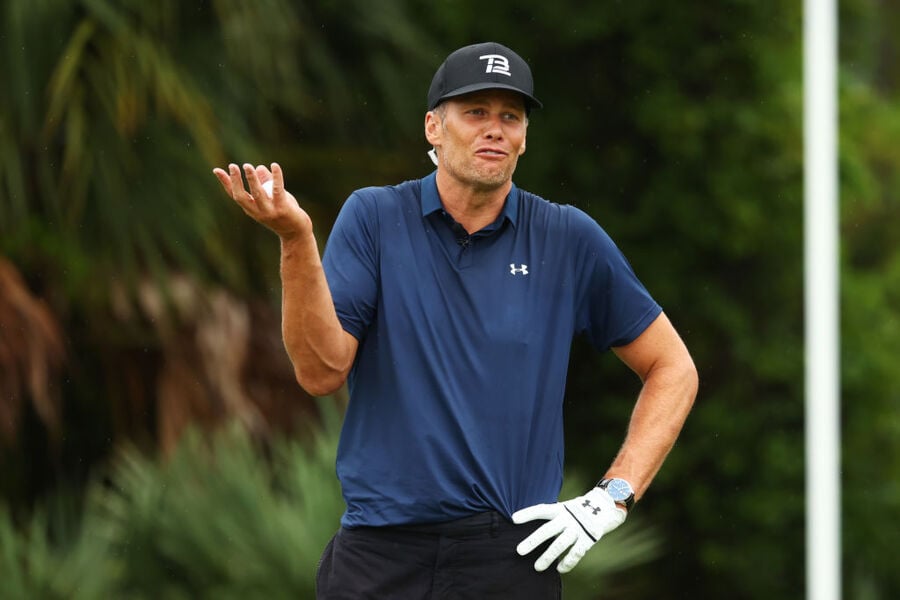 In September 2021  Tom began appearing in commercials for FTX promoting the tag line "Tom Brady is In. Are you?". (Hopefully you were not "in.")

A few months later, in February 2022, Tom appeared in an ad that aired during the Super Bowl, which he comfortably watched from home since the Bucs did not make it to the big game.

On the day of the Super Bowl, a single coin/unit/thing of FTT was trading at $47.

Seven days ago FTT was trading at $25.

As I type this article, FTT is trading at…

That's a solid 90% decline. And the worst may not be over.

After facing a liquidity crisis that has been described as "death spiral," on Tuesday FTX was set to be sold in a fire sale to rival exchange Binance for "pennies on the dollar." Bloomberg pegged the value of FTX and sister company Alameda at $1 a piece. That's not a typo. In January 2022, FTX raised $400 million in venture capital at a $32 billion valuation. Immediately after that January fund raising round, Sam Bankman-Fried's net worth was $25 billion.

As a result of this week's "death spiral", Sam Bankman-Fried has seen his net worth utterly collapse in what has been nothing short of an evisceration. Perhaps the largest single-day percentage drop of any billionaire in history.

The terms of Brady and Bündchen's investment in FTX were never made public. We don't know if they just took equity in FTX, a combination of equity and FTT. Or maybe they did receive some US dollars. But that would have been extremely weird considering they were literally endorsing a company whose entire purpose was to replace the concept of taking USD and depositing it into a bank.

If Tom and Gisele, or just Tom since he was the "brand ambassador," took any form of equity in FTX or FTT as comp, that's all basically a big fat bagel today, and getting worse by the hour. Not good.

Think of how much simpler it would have been for the former couple to take a check for $20 million USD to endorse literally anything else.

When will the pain stop Tom?! Just retire already and get back together with Gisele.