Tom Brady Suspended For 4 Games Over Deflategate. How Much Will This Cost Him?

Earlier today, the NFL announced that it has decided to suspend Tom Brady for the first four games of next season in reaction to his involvement in "Deflategate." Furthermore, the Patriots will be fined $1 million and will forfeit their first round selection in the 2016 NFL draft as well as their fourth round 2017 draft pick. Tom will be suspended without pay. So how does this actually affect Tom's wallet?

For a normal person, this might be a pretty painful price. But for Tom Brady, losing $2 million barely scratches the surface of a fortune that we currently estimate at $120 million. His endorsement money also eases the blow nicely. Tom earns $7 million per year from endorsements, that breaks down to $135,000 per week. So thankfully, his kids won't go hungry during that month of purgatory. 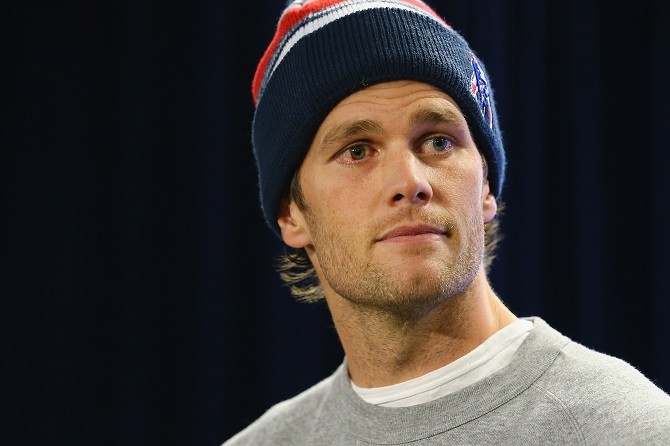 But let's not forget that Tom is married to the richest and most successful supermodel in the world. Gisele Bundchen earns approximately $50 million per year from her various endorsement deals and product lines. In other words, during the weeks that Tom is losing $470k, Gisele will be bringing home approximately $961,000. So yeah, I think the Brady/Bundchen Bunch will make it through this suspension.

Oh, and by the way, Tom might end up losing WAY less money from a suspension thanks to some simple accounting tricks. There's a chance the Patriots might be able to restructure Tom's salary next season so that it is paid mostly as a roster bonus. Roster bonuses are not subject to penalties and fines due to suspensions. If they do pull this trick off, Brady's actual monetary loss from the suspension would be less than $300,000.

The NFL also indefinitely suspended two equipment managers from the Patriots who are believed to be the main people responsible for actually deflating the balls. One of these people referred to himself as "The Deflator" in a series of inflammatory text messages.

Brady has consistently denied his involvement and is vowing to appeal the suspension.