By Joseph Gibson on August 22, 2019 in Articles › Celebrity News

The reality TV stars Todd and Julie Chrisley of Chrisley Knows Best on the USA Network are now in legal trouble, facing multiple counts of conspiracy, bank fraud, wire fraud and tax evasion, as recently announced by the U.S. Attorney's Office in the Northern District of Georgia.

U.S. Attorney Byung J. Pak made the announcement, stressing that the Chrisleys are not above the law despite their celebrity status:

"Todd and Julie Chrisley are charged not only with defrauding a number of banks by fraudulently obtaining millions of dollars in loans, but also with allegedly cheating taxpayers by actively evading paying federal taxes on the money they earned…Celebrities face the same justice that everyone does. These are serious federal charges and they will have their day in court."

The Chrisleys were allegedly the perpetrators of a complex financial scheme from at least 2007 through 2012 that involved fabricating bank documents and in one case forging a $4 million bank balance at a bank they didn't even have an account with at the time.

For Todd's part, he denies all the charges, and in a recently posted Instagram post he says all the trouble comes from a disgruntled former employee, who went to great lengths to frame the Chrisleys after he was discovered to have been stealing money from them. And, Todd says, he has the proof to back his claims up:

"I'm telling you all this now because we have nothing to hide and have done nothing to be ashamed of. Not only do we know we've done nothing wrong, but we've got a ton of hard evidence and a bunch of corroborating witnesses that proves it." 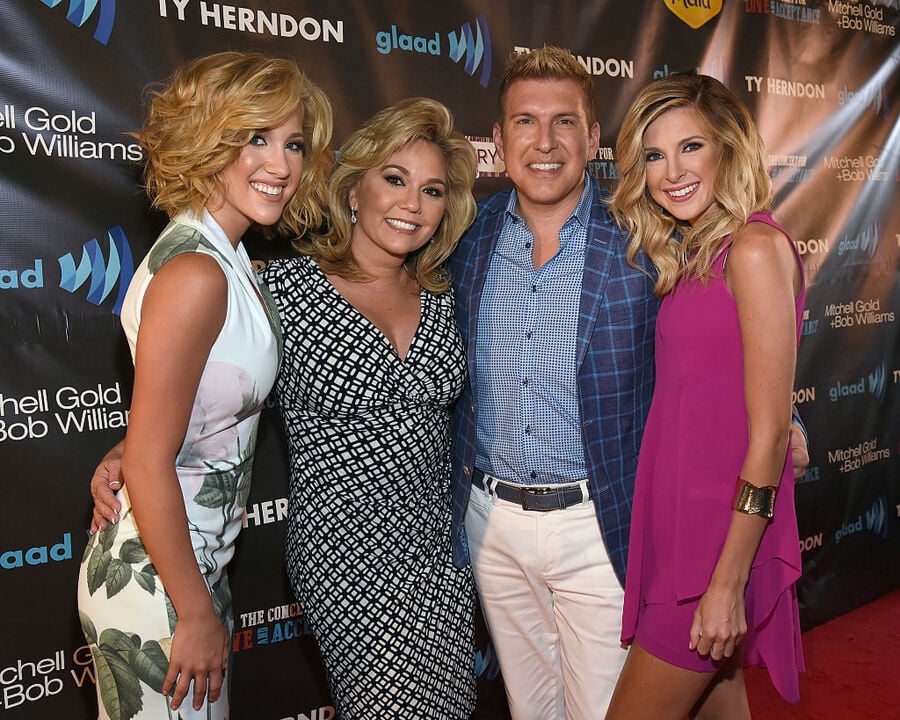 Unfortunately for the Chrisleys, the story does not end there. TMZ reports that about a month before the couple was indicted, his estranged daughter Lindsie went to the police alleging that her father and her brother Chase were threatening to release a sex tape of hers if she didn't lie to the police and others about an unspecified "incident," presumed by some to be related to these fraud and tax evasion charges.

One source even speculates that Lindsie was involved in the indictment, spilling details about not just the alleged extortion attempt but the underlying financial crimes as well, but her attorney denies this.

Todd, meanwhile, says that Lindsie made the whole sex tape story up for reasons of her own.

Clearly it's a pretty complicated case involving the Chrisley family, and you can expect more sordid details to come to the surface as the story develops.