By Brian Warner on December 22, 2014 in Articles › Celebrity News

There are only 120 people on the planet who have more money than Thomas Kwok. The real estate tycoon's $10.6 billion personal net worth makes him the 23rd richest person in Asia and the sixth richest citizen of Hong Kong. His wealth is derived from the real estate development company his father started, Sun Hung Kai. In terms of market value, Sun Hung Kai is the second largest real estate company in the world, behind the Simon Property Group which owns the majority of America's malls. When you combine the Kwok family's wealth together (Thomas has two brothers and a mother who also control large stakes in the business), they are easily one of the wealthiest families in the world with a cumulative net worth north of $25 billion. All these achievements are admirable, but unfortunately, as of yesterday, Thomas Kwok is also convicted criminal who is about to go to prison for a long time.

Yesterday, Thomas Kwok was found guilty of "conspiracy to commit misconduct in public office" and tomorrow, a Hong Kong judge will announce his sentence. The billionaire could be locked away for as many as seven years. Sure that's not exactly a life sentence for the 62 year old, but the conviction has sent shock waves throughout Hong Kong. 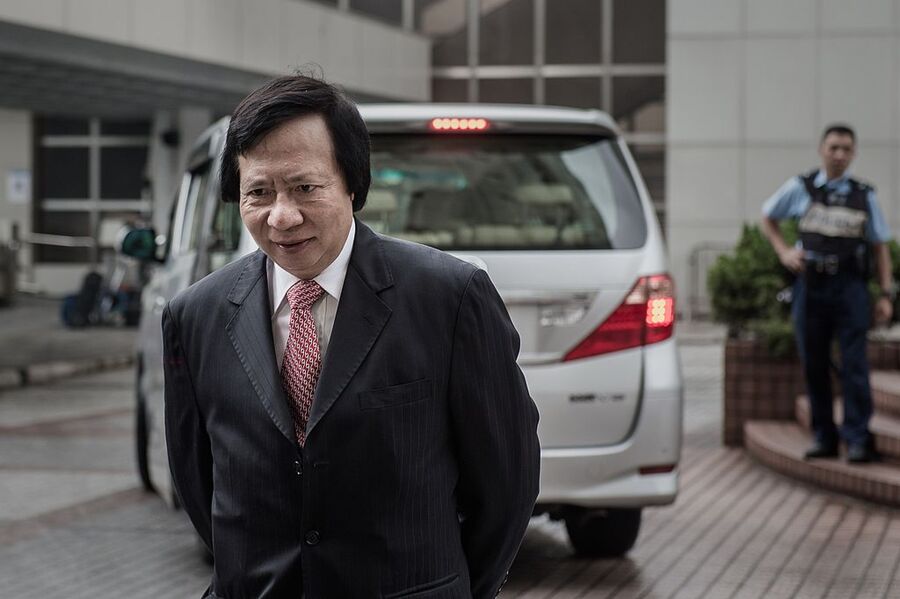 The trial lasted over six months and also targeted Thomas' brother Raymond Kwok, who walked away clear of all charges yesterday. The corruption charges revolve around Thomas' business relationship with a man Rafael Hui. Mr. Hui is formerly Hong Kong's second most senior official. Yesterday Mr. Hui was found guilty of five conspiracy charges and now faces a maximum 40 year sentence. Rafael is the most powerful Hong Kong politician to be convicted of a crime since China took over the island from the British in 1997.

The Kwok brothers were arrested back in 2012 as part of an extensive police corruption investigation involving Hong Kong's business and political elite. The charges that eventually convicted Thomas relate to approximately $3.7 million that was paid to Rafael Hui between 2005 and 2007. That time frame also happens to be the exact period when Mr. Hui was serving as Hong Kong's Chief Secretary, a job that paid a salary of $220,000 per year.

During the time Rafael was earning $220k per year, this lifelong civil servant lived in a luxurious multi-million dollar apartment that was provided rent-free by the Kwok family. In that apartment, he stored $260,000 worth of wine and a watch collection that was so big it took up three rooms that were all converted for the sole purpose of displaying them all. The apartment also featured a $130,000 stereo system.

During the trial it also came to light that Rafael spent over $1 million buying apartments, watches and handbags for his 34 year old Chinese mistress Eline Shen who lived in Shanghai. Eline, a former flight attendant, also used some of the cash to buy an Audi. Furthermore, in court documents, Rafael admitted to having blown through nearly $5 million in cash in under three years on a variety of lavish expenditures. Today he is nearly $7 million in debt to his creditors.

How does this all relate to Thomas Kwok? Well, during the two years Rafael was Hong Kong's second most powerful official earning $220k per year, he was also receiving $1.9 million in annual cash payments from Thomas Kwok. Thomas has claimed that the payments were nothing more than a simple consulting fee but that excuse was put in question because the payments were made in cash using a series of go-betweens. If it was a simple consulting fee, why not put it on the books?

Regardless of Thomas Kwok's true intentions, this conviction has sent shock waves and cheers throughout Hong Kong. Though these convictions aren't directly related to the the Hong Kong protests that have been front page news all over the world, they are symptomatic of the widespread frustrations that caused the disruptions in the first place. As we wrote about back in October, severe wealth inequality is one of the primary drivers of the city's civil unrest.

In Hong Kong, a few families control essentially all of the real estate, shopping centers, utilities… even the "public" bus system is privately owned. One of those families is the Kwoks. Starting salary for a college grad in Hong Kong is $25,000. An average 2 bedroom apartment in one of the Kwok-owned buildings can easily rent for over $4000 per month. If you're looking to buy a home in Hong Kong, good luck! Hong Kong has the most expensive real estate in the world in terms of price per square foot. A 5000 square foot home sold in August for $105 million dollars. That is not a typo.

The Kwok brothers are the perfect embodiment of everything the protesters hate about Hong Kong. Their company is the largest land owner in Hong Kong and is arguably the main reasons cost of living has sky rocketed over the last several decades. As we mentioned earlier, Sun Hung Kai was founded by the Thomas' grandfather in the 1950s. Eldest brother Walter Kwok took over the business after their father's death in 1990. Walter was kidnapped in 1997 by one of Hong Kong's biggest gangsters and kept blindfolded in a wooden crate for a week until a $100 million ransom was paid. It's one of the largest ransoms ever paid in history.

Walter never really recovered from the kidnapping. He became paranoid and incapable of making decisions for the business. He was forced out of the company in 2008 by his mother and little brothers Raymond and Thomas took the helm. As of yesterday's conviction, Thomas no longer holds an official position at the company though he is still one of the largest shareholders.

A judge just sentenced Thomas Kwok to 5 years behind bars. Rafael Hui will serve 7.5 years. Brutal but a lot less than the 40 he was facing! Mr. Hui has also been ordered to pay a $1.4 million fine to the Hong Kong government.