By Joseph Gibson on June 2, 2018 in Articles › Celebrity News

These days, almost everybody knows it pays to be careful what you tweet. This is most obvious when some high-powered media figure gets fired over tweeting something offensive, but a different flavor of the lesson has been learned by Damarious Randall of the Cleveland Browns, who recently posted a tweet that will likely survive for a while in infamy:

The Finals started Thursday night, and if the series goes the Cavs' way Randall may have a bit of a financial problem on his hands. As of this writing, the tweet has more than a million RTs, and if the cheapest licensed adult-sized jersey comes with a $75 price tag, he's looking at an expense of more than $75 million, putting aside the practical consideration of figuring out exactly how to purchase a jersey for over a million Twitter accounts. The lesson here is simple, and probably worth repeating: Be careful what you tweet. 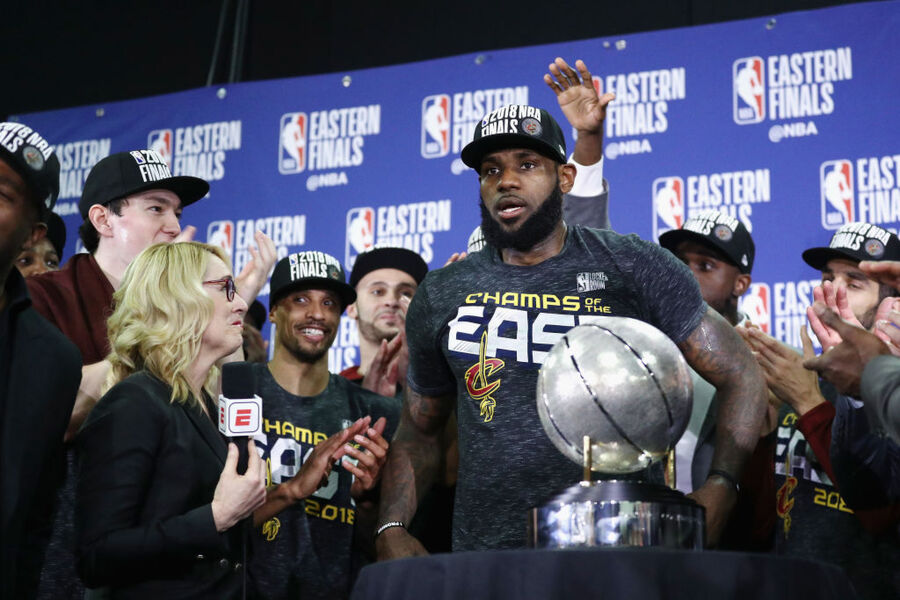 You may be thinking to yourself, "big deal, he's in the NFL, he's rich, he can afford it," well, he's not that rich. Randall has a reported two years left on his contract with the Browns, valued at a little over $10 million — in other words, a fraction of the cash he'd require to make good on his promise if the Cavs win. Fortunately, there is some relief in sight, since according to a Darren Rovell Twitter report on the matter, sportswear brand Fanatics has offered to cut him a wholesale deal on the jerseys, which he says would save him 50 percent. Of course, even $37.5 million worth of jerseys is out of Randall's price range, so he's probably still going to have his fingers crossed during the NBA Finals this year.