This NBA Player Has An $80 Million Decision To Make

Ahh, NBA free agents and the "decision." We've heard it many times before–some more famous than others–but one thing remains constant: where to sign and for how much money is always top of mind for these players. But now, they may also have to consider when to sign.

Take the case of LaMarcus Aldridge and the Portland Trailblazers. He is a very solid player, a four-time All-Star and twice a member of the All-NBA Third Team. He's also going to be a free agent at the end of this season, and he'll have an important decision to make then.

He can re-sign with the Blazers for a max deal of five years and $109 million. If he signed elsewhere, he could earn about $88 million over four years. Nothing to sneeze at.

However, if Aldridge just re-signs for one season, and then signs a max deal the following year, he can make $189 million through the 2020-21 season. That's an $80 million increase! Even if he signed with a different team, he could still snag a four-year, $145 million deal. 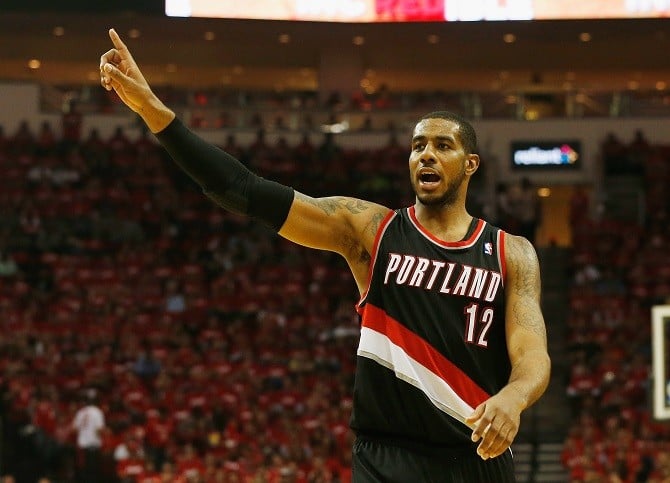 How is that possible? Well, there are a number of factors. For one, as we've detailed before, the new NBA television contract is going to be massive. Like in the double-digit billion dollars. That means the salary cap will be higher, and teams can pay more for their stars. Secondly, maximum salaries are tied to length of service in the NBA. Players with zero-to-six years of experience can earn 25% of the salary cap, players with seven-to-nine years of experiences can earn 30% of the cap, and players with 10+ years get 35%.

Of course, all of this is assuming that Aldridge remains healthy and plays at a high level next season. By signing a one-year deal, he's certainly taking a chance on himself–after all, he'll be 31 in 2016, which is generally around the age players start to decline. But the opportunity for an extra $80 million may be too good to pass up.

Regardless of what he decides, let's hope he still continues to appear on "Portlandia," because his cameos are just delightful.